"It would have to be the governor saying that he is taking the bill off the call completely," said Texas House Rep. Gene Wu. 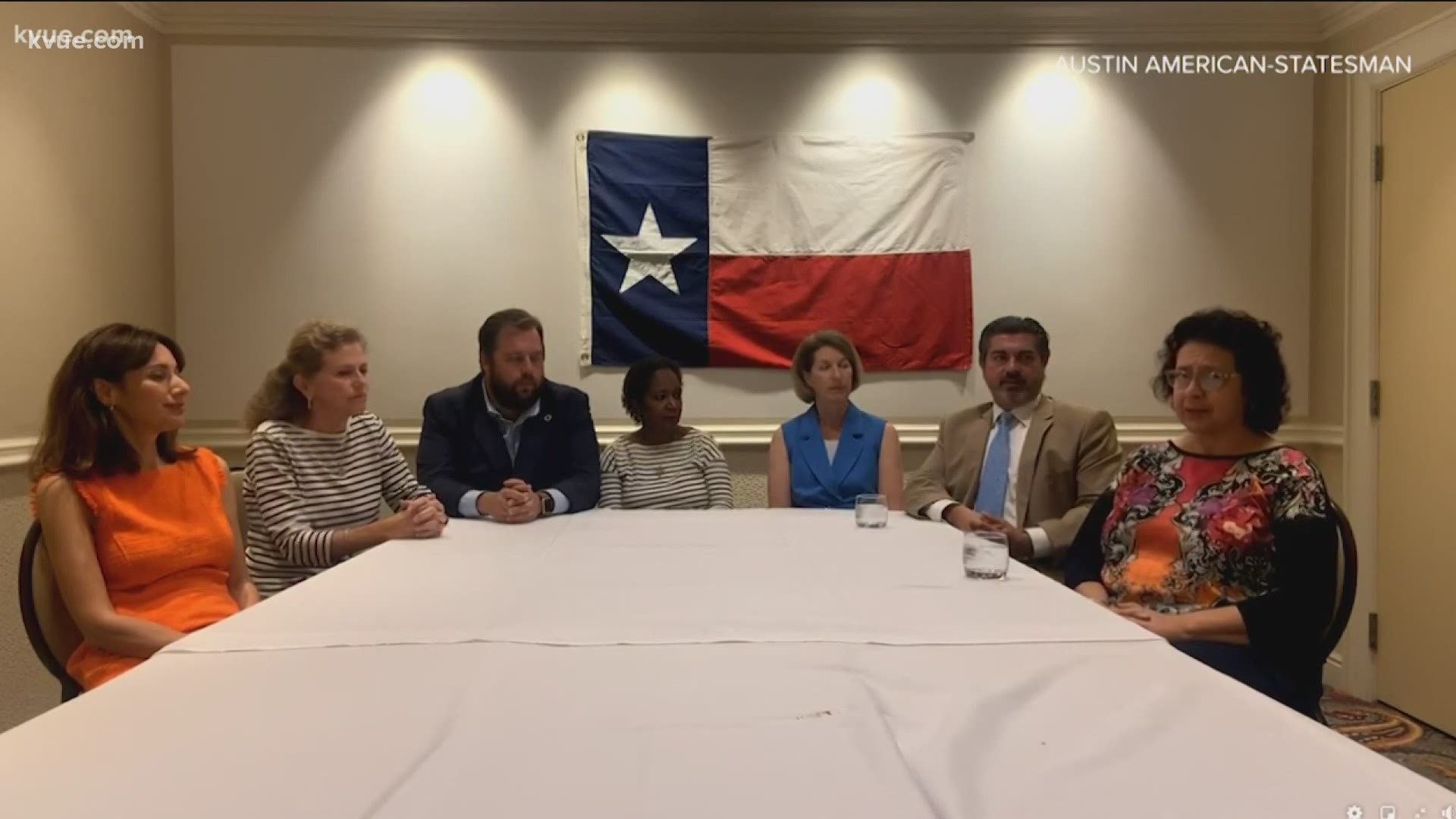 WASHINGTON — Texas House Democrats have been riding it out in Washington, D.C., for seven days, breaking quorum.

The lawmakers are doing dozens of interviews every day, social media Q&As and anything to get the word out about why they fled to Washington to halt progress on what they call a "voter suppression" bill.

So have they made any progress to convince Congress to pass federal voting bills? Texas representatives Gene Wu and Julie Johnson said yes.

“I think the reports from the members who met with not only Sen. Joe Manchin, but all of the senators and congresspeople that we've talked to have all come back extremely positive,” said Wu.

"I think the meetings have gone remarkably well," said Johnson. "I've had the privilege to be in several of them, and again, it's like the more education, it goes up and down. And so all these senators, they know that there's bad voting rights legislation, right? But when they hear the specifics and they hear how it's going to be implemented, they're just horrified."

Despite the great conversations, Johnson said there is no word yet on if Congress plans to change filibuster rules to pass the For the People Act or the John Lewis Voting Rights Act.

Either way, Wu made it clear he's done compromising with Republicans in Austin.

“For me, it would have to be the governor saying that he is taking the bill off the call completely, because right now we've been fed too many lies too many times,” said Wu.

"We had a 24-hour hearing. Hundreds and hundreds of people came to Austin to testify," said Johnson. "Democrats offered numerous amendments and they rejected every single one and said, 'Hey, trust us when it comes to the floor.' That’s the problem. Trust is completely broken down."

Democrats have vowed to stay in Washington. This special session could end in a stalemate, but Gov. Greg Abbott has said he'll keep calling sessions as necessary.