The Democrats fled to Washington, D.C., on June 12 in an attempt to halt GOP-backed election reform legislation, House Bill 3. 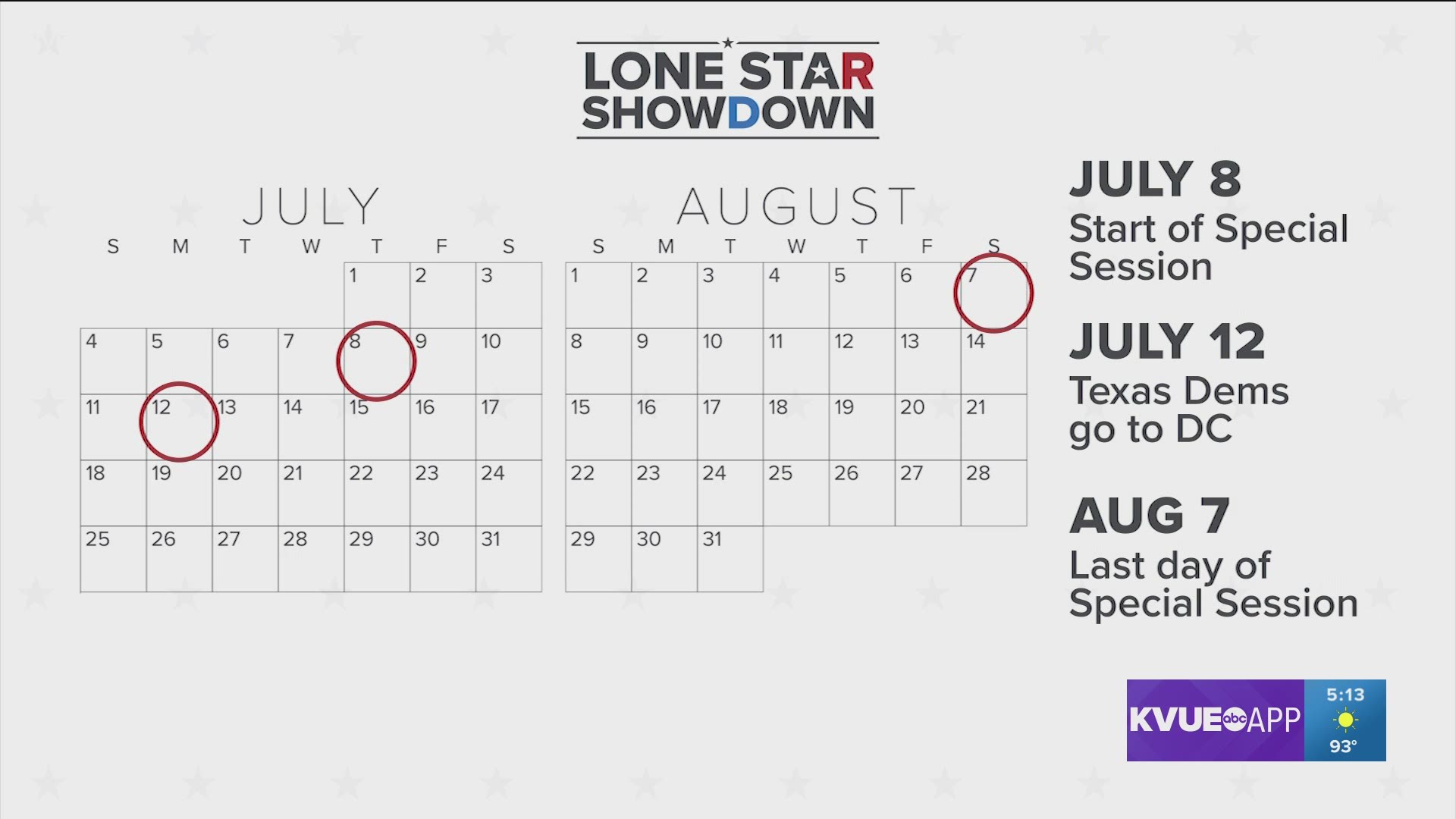 AUSTIN, Texas — Friday marks the halfway point of the Texas Legislative special session and the House Democrats who are still in Washington, D.C., promise to stay there unless Gov. Greg Abbott changes course.

The Democrats fled to Washington, D.C., on June 12 in an attempt to halt GOP-backed election reform legislation, House Bill 3. While in D.C, the lawmakers are doing dozens of interviews every day, social media Q&As and anything to get the word out about why they fled to Washington to halt progress on what they call a "voter suppression" bill. They are also urging the U.S. Congress to pass federal voting protection bills.

In Texas, Republicans are still moving along with plans to push more legislation through the special session.

These are the bills they have passed in the Senate so far:

No further action can be taken on any of these bills passed by the Texas Senate until a quorum is restored in the House. This special session could end in a stalemate, but Gov. Greg Abbott has said he'll keep calling sessions as necessary.

The Backstory: A Texas cop kills a 12-year-old boy during questioning about a petty crime