They asserted that some of the mayor and county judge's mandates have been unconstitutional. 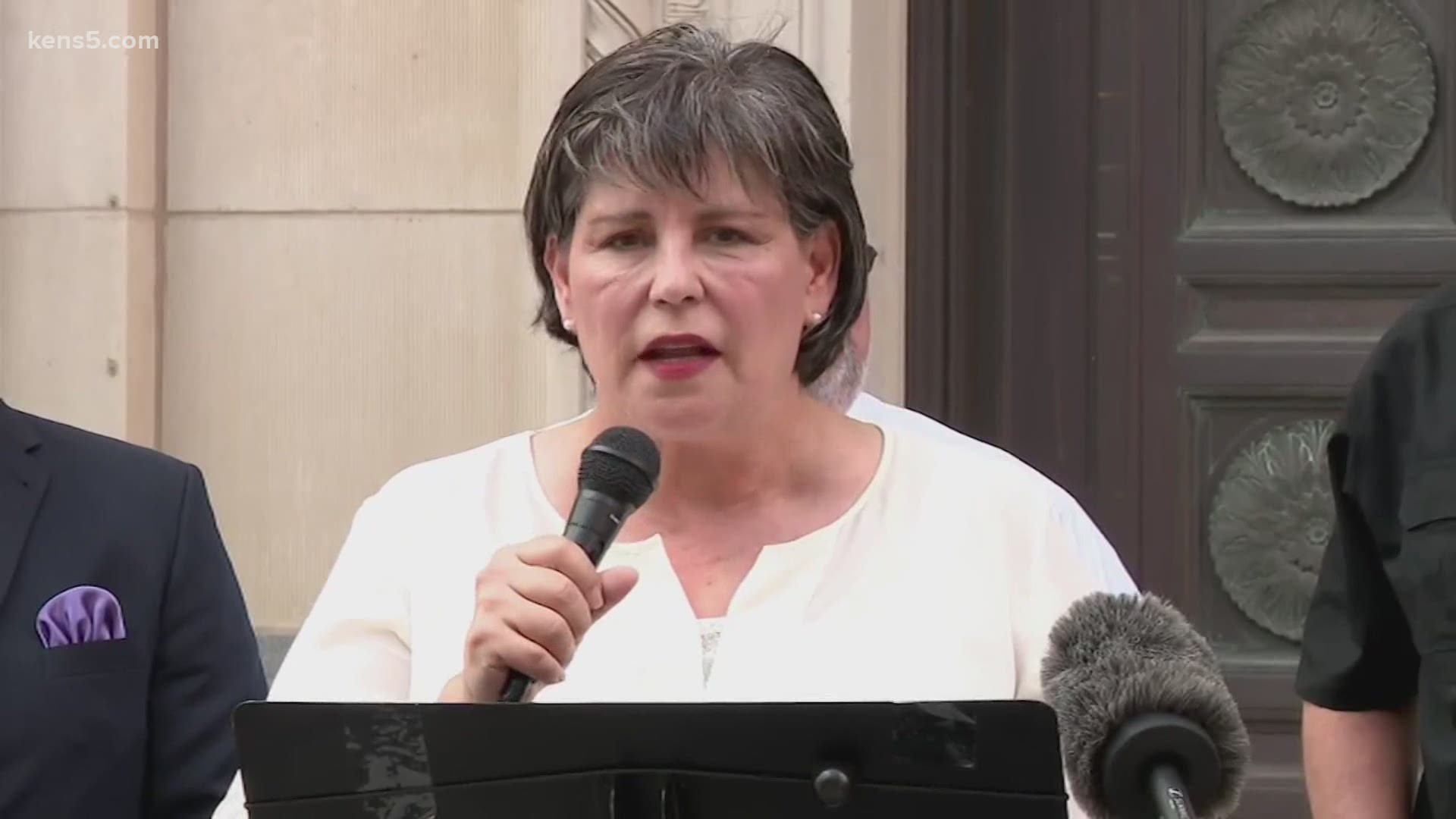 SAN ANTONIO — Bexar County Republicans on Friday afternoon set up camp outside San Antonio City Hall to call out local leaders for some of the mandates they've established during the ongoing pandemic.

Republican Party Chair Cynthia Brehm, along with many others, took to the mic, claiming their constitutional rights have been infringed upon by Mayor Ron Nirenberg and Bexar County Judge Nelson Wolff, specifically deriding the recently passed anti-hate speed resolution and mask-wearing recommendations.

"They asked us to wear masks, and according to Attorney General (Ken) Paxton, this is unconstitutional. So if we don't want to wear masks, this is our choice," she said. "This is America, and we shouldn't have to be forced or mandated to wear a mask."

Brehm was referring to a letter that Texas's attorney general sent to Nirenberg and Wolff, as well as leaders in other major Texas metropolitan areas, alleging that their guidance isn't in compliance with state orders. In a briefing earlier this month, the mayor and judge pushed back on the assertion, saying that they've been updating their guidance to remain in compliance.

Brehm went on to say that she is asking the city and county to work with Gov. Greg Abbott to get people back to work and stop telling people to stay home. Earlier this week, the city and county's joint Stay Home, Work Safe guidance was extended into June.

RELATED: The number of people refusing to wear masks due to politics is an increasing concern among doctors

RELATED: Trump says vaccine to be ready by year end as US coronavirus death toll passes 67,000

RELATED: Most Texas voters think coronavirus will be contained “in the next few months,” UT/TT Poll finds