The rally was promoted by Austin-based InfoWars, which has called the virus a Chinese scheme to undermine President Donald Trump's reelection. 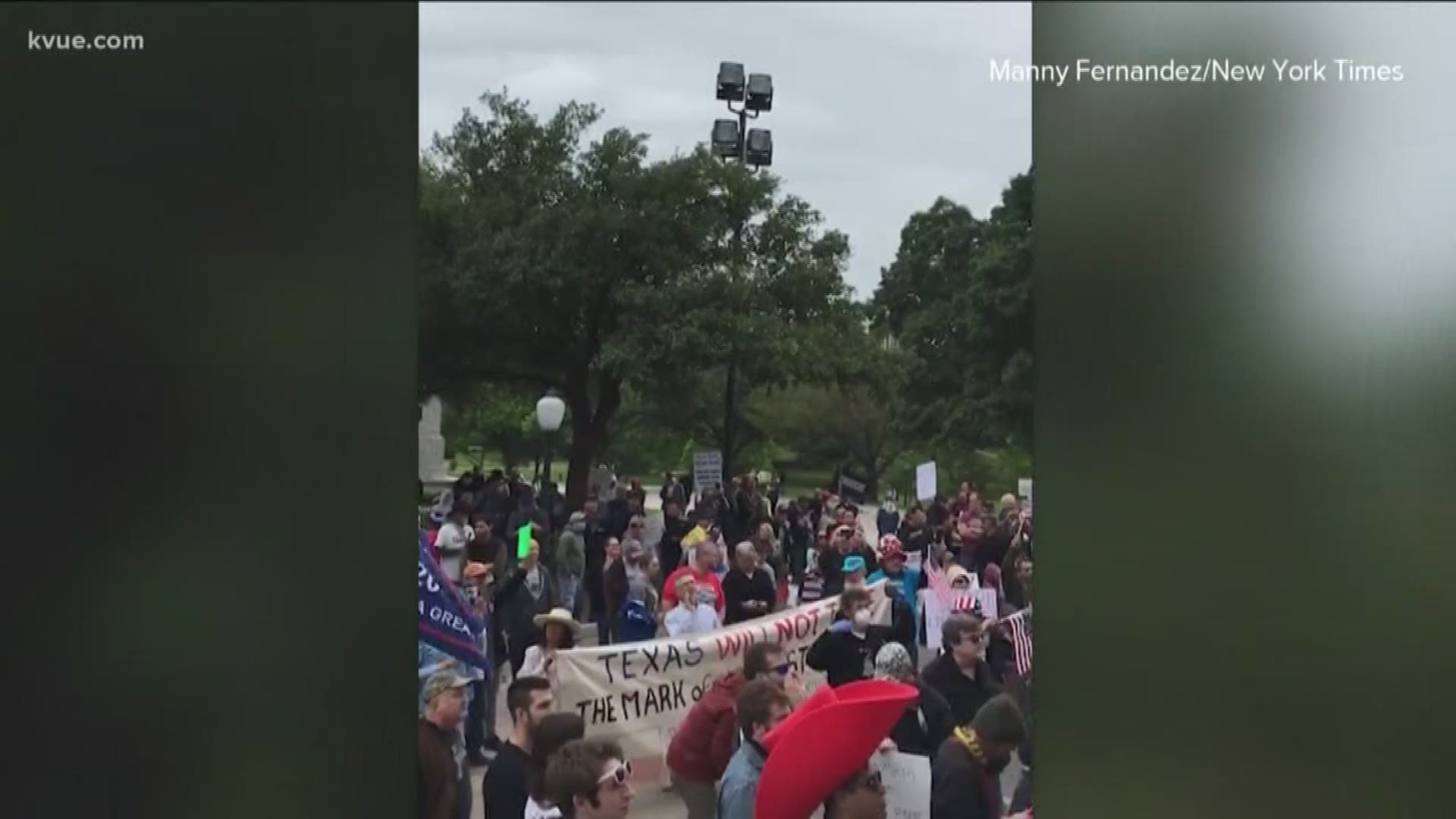 AUSTIN, Texas — Some businesses will begin to open back up in Texas after Gov. Greg Abbott issued three executive orders on Friday.

But that's not fast enough for some, as protesters gathered at the Capitol on Saturday morning, demanding all Texas businesses be reopened. At least 50 people showed up for the protest.

A similar protest was held outside the Governor's Mansion on Thursday.

As part of Abbott’s new orders, on Monday state parks will reopen. Visitors have to wear a face covering and follow social distancing rules. Groups of more than five people who are not from the same house or family are also not allowed to gather.

Abbott said by next Friday, all stores in Texas will be able to operate "retail-to-go."

If COVID-19 cases continue to decline, Abbott will announce the reopening of more businesses on April 27 and then in May.

But all public, private and higher education schools will remain closed for the rest of the year and continue through online learning.

Need a job? These Austin-area stores, other businesses are hiring right now