Mannis: Focus of legislature should be reducing teen suicide, instead of barring transgender athletes 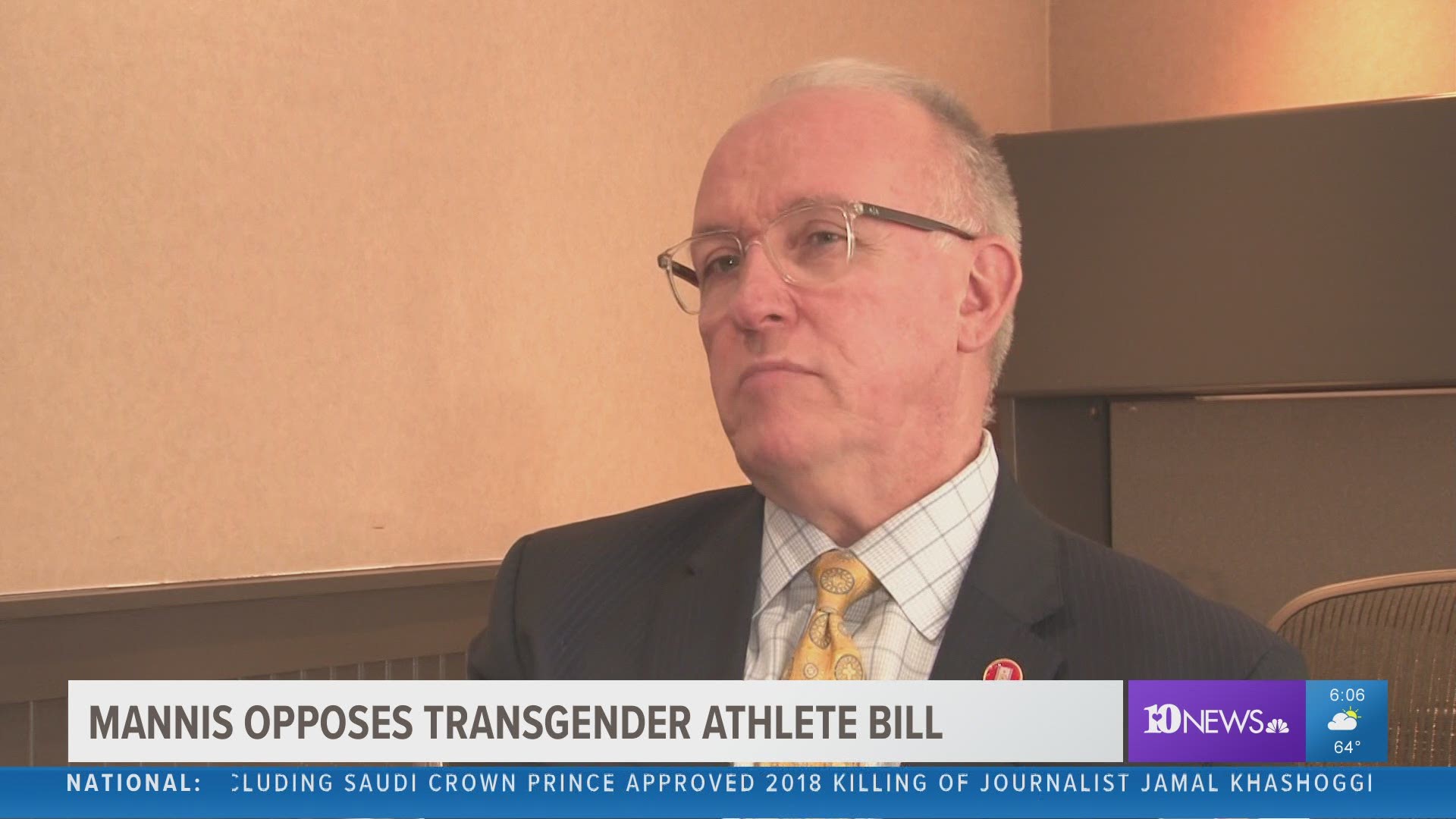 KNOXVILLE, Tenn. — A Tennessee bill that would prevent transgender athletes from participating in middle and high school teams that align to their gender identity was passed by the Senate Education Committee on Wednesday. Representative Eddie Mannis (R-Knoxville) is now calling on lawmakers to reconsider the bill, saying it would only further marginalize teens and do more harm.

"When we look at things like this we need to look at the risk versus the reward, or the cost and benefits, so to speak," Mannis said. "The cost is continuing to marginalize, even more, a community and the suicide rate can continue to increase, and the benefit is what? There's not a measurable problem here."

He said there is no data supporting claims that transgender athletes are preventing other athletes from earning scholarships, or that they intentionally play for a competitive advantage.

However, he said that the marginalization of the LGBTQ+ community, and against transgender people at large, can lead to an increase in assaults and suicides. He would instead rather see the legislature's effort put into suicide prevention.

"That should be our focus," he said. "I don't think boys should play girls' sports, but I want to see real data and real case scenarios where it is happening."

The Trevor Project, a nonprofit organization providing crisis intervention and suicide prevention services to the LGBTQ+ community, said 40% of transgender adults reported having made a suicide attempt. Around 92% of them said they attempted suicide before 25 years old, according to a study.

"When those kids are marginalized and there's negative legislation put in place, it does impact those kids," he said.

Mannis also said he agrees with the bill on its face — that boys should not be allowed to play girls' sports. However, he said there are differences in a person's strength as they transition gender.

"If there were boys playing girls sports, I could see where that could be the issue, but it's not an issue that has been documented," he said. "Nowhere can we find where this has been happening, and I think it's premature to be addressing this."

The bill is expected to go to the Senate floor for a vote. It would require that a student's gender be determined by their sex at the time of their birth, instead of their gender identity, when it comes to joining sports in middle or high school.

The bill was introduced by Middle Tennessee Republican Scott Cepicky. He told a state subcommittee that his aim in filing the bill was to maintain a competitive balance in athletics.