Supporters of President Trump gather in downtown Guilford to celebrate his visit to the Puritan plant, where COVID-19 swabs are made. Protesters are also on scene. 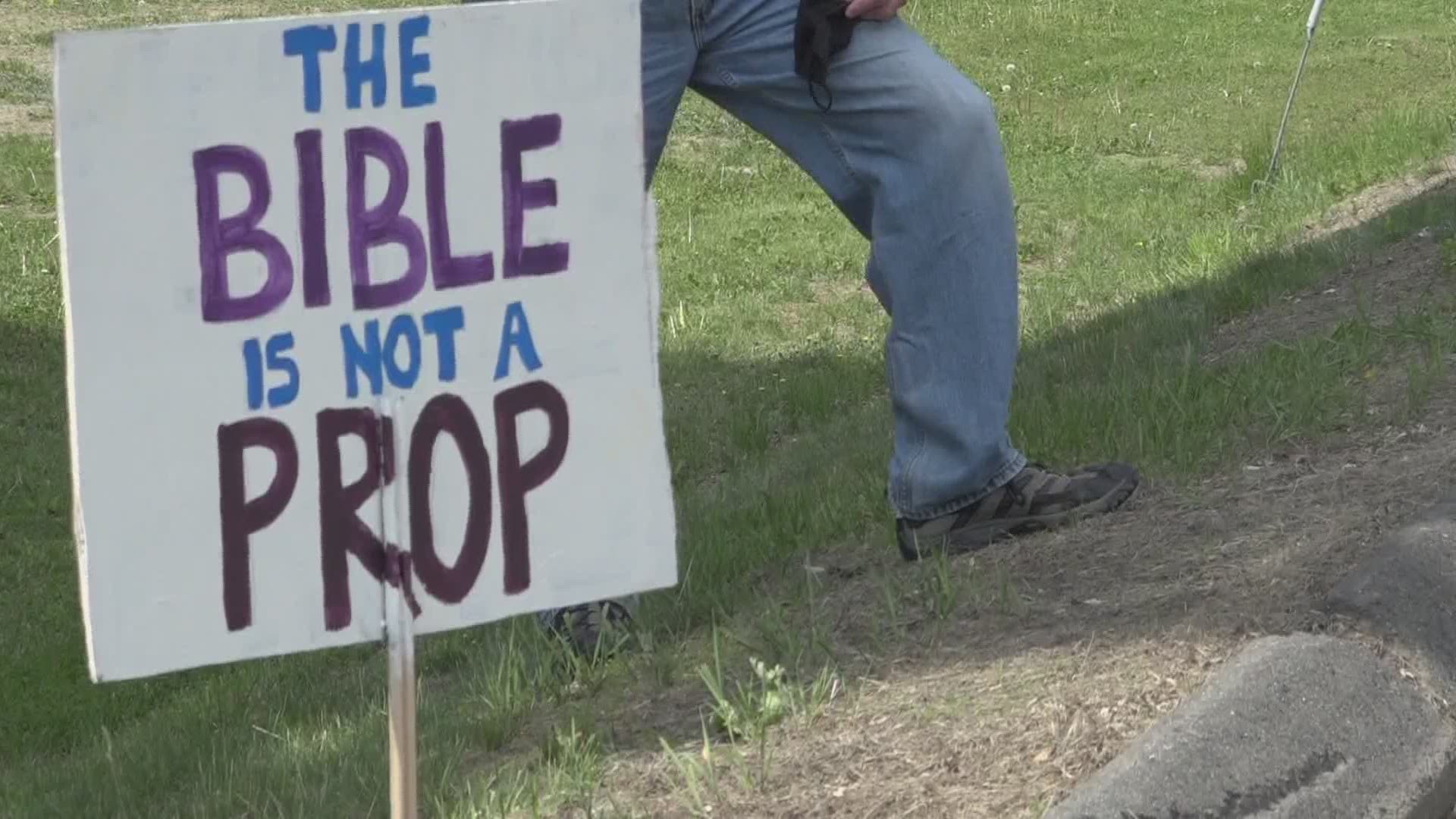 GUILFORD, Maine — By mid-day on Friday, hours before President Trump is expected to arrive, a few hundred people have gathered in downtown Guilford, Maine.

The small town of Guilford, with an approximate population of 1,500, is home to Puritan Medical Products, a facility where COVID-19 testing swabs are made.

NEWS CENTER Maine spoke with people who traveled from across the state to visit Guilford and show their support for the President. However, most in the crowd early in the day were local.

The local supporters say it is a momentous day for their small town.

"It’s a huge honor to have a president visit your town. This is historic for Piscataquis County," says one supporter.

Air Force One landed in Bangor just before 2 p.m.

Another supporter says, "Now I can tell my granddaughter that I was part of the history of Donald Trump coming to Guilford."

A woman who traveled from Orono to support the President says, "I think it’s going to be a big celebration because everybody is looking forward to this. I really do. I’m hoping this crowd is huge, and I’m hoping to goes smooth and there's no violence."

While the early crowd was made up predominantly of supporters, a crowd of protesters lined one downtown corner. The group of approximately 50 people held 'Black Lives Matter' posters and chanted the same phrase. Many say they expect more people to arrive.

The chants were met with some opposing chants from the crowd of President Trump supporters.

14-year-old Ella Molaghan joined the crowd from Saboc. She says the younger folks should come and support these protests and learn what matters to people for when they can vote, made an educated decision.

“He is doing this that is unacceptable and I just want to be out here and show my support,” Molaghan said. “A lot of kids in my school said they are not into politics much, and I think it’s really important to educate yourself early about Politics.”

RELATED: A look back at Maine's history with presidential visits

RELATED: When will President Donald Trump arrive in Maine? We have his full schedule

RELATED: Mills: 'I again ask the President to check his inflammatory rhetoric at the door and abandon the divisive language'