Inside Texas Politics discusses the deteriorating situation in Afghanistan. Plus, the Texas legislature finally passes a sweeping elections bill. 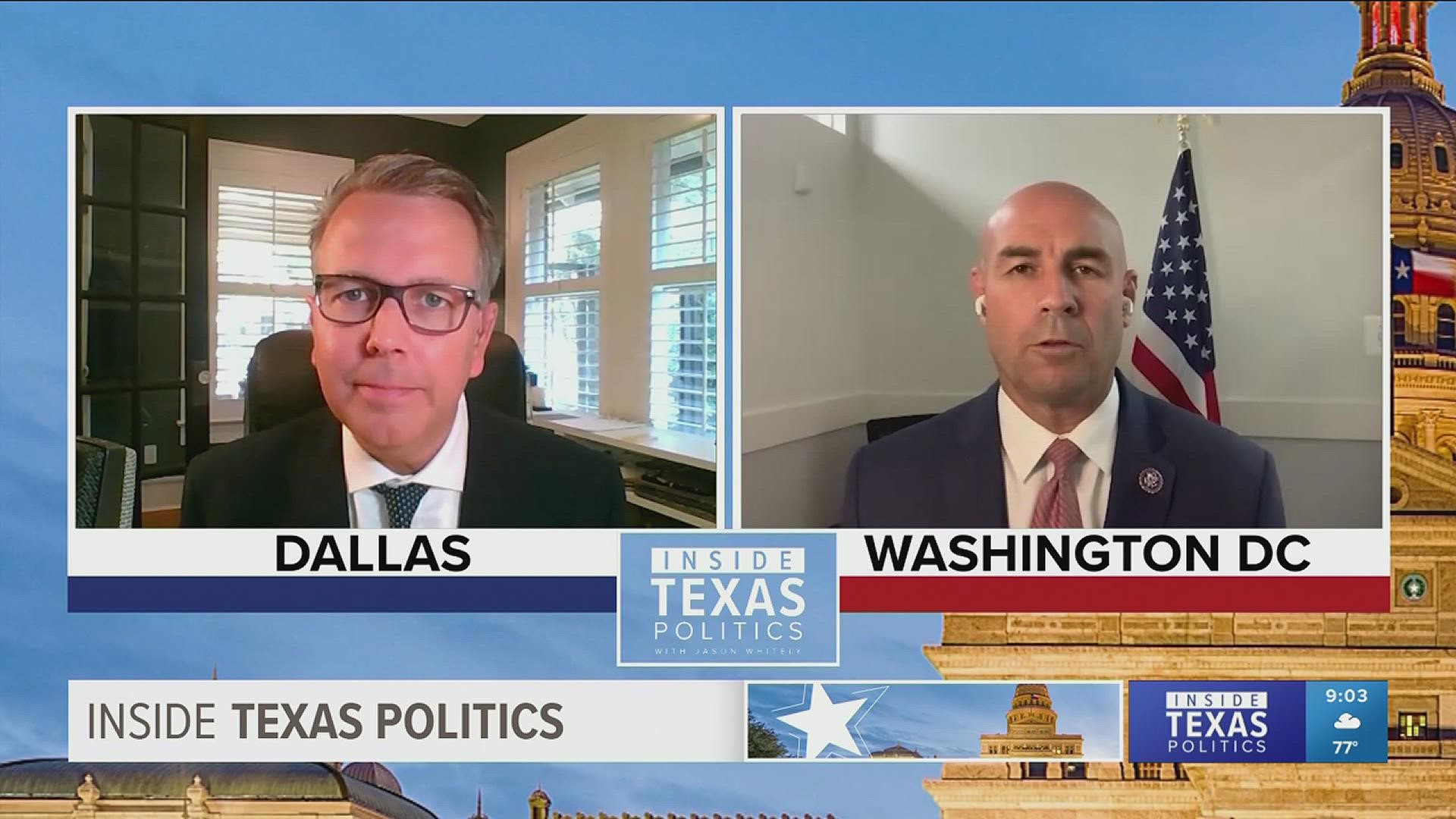 The situation in Afghanistan continues to deteriorate. We are now roughly 48 hours away from the Aug. 31 deadline set by President Biden to have all U.S. troops leave that country.

But Texas Congressman Jake Ellzey, elected this summer to represent the state's sixth congressional district, which includes parts of Arlington and Ellis, and Navarro counties in North Texas, told Inside Texas Politics that setting that deadline was part of the problem.

The retired U.S. Navy commander served in Iraq and Afghanistan also said that there could have been better strategy in the evacuations, too, including not trusting in the Taliban to provide safe passage to evacuees.

"The Taliban are not a trustworthy group, they are not the government in charge, we should never recognize them, nor should we ever trust them," Ellzey said.

"There are a number of different things tactically that I or anybody else in charge would have done differently," he added.

Ellzey said using an airport like Hamid Karzai International Airport in north Kabul, which is surrounded by neighborhoods, "from a force-protection and evacuation standpoint, isn't the choice that I would have used," he said, adding that instead, the United states should have maintained Bagram Air Base 30 miles to the north which Ellzey said has two runways and is much more easily defended.

A watchdog story the Texas Tribune has been digging on has found that The University of Texas (UT) Austin has been quietly working with Lt. Gov. Dan Patrick - and other conservatives - to create a "limited government" think tank. It would teach individual liberty, private enterprise and free markets - among other things.

Stanford University has something similar in California, but Stanford is a private school. UT is public.

Ross Ramsey, the co-founder and executive editor of the Texas Tribune, explained why the people involved are being so secretive about this, and whether - since the state legislature has already given $6 million to start this - it is going to become a reality.

The U. S. Supreme Court ordered President Biden to reinstate former President Trump's "Remain in Mexico" program for migrants.  At issue is whether Biden followed the correct legal process in unwinding Trump's program.

The Texas legislature finally passed changes to state voting laws: No more options for 24-hour voting centers. No drive-thru voting. But there is more access for partisan poll watchers - among other things.

State Rep. Gene Wu (D-Houston) said Democrats held out for as long as they could to keep the bill from passing, but made a bold prediction that the bill will actually harm - not help - Republicans.

Gov. Greg Abbott has broadened his ban on vaccine mandates just as the surge in COVID cases across Texas is on the verge of breaking previous records. Will this pay off for Abbott, or motivate opposition?

"He's still emphasizing personal liberty over public health, and I expect a lot of doctors and nurses throw up their hands and walk out if there isn't more work on public health," predicted Bud Kennedy with the Fort Wroth Start-Telegram.

Watch the latest full episode of Inside Texas Politics below: