Inside Texas Politics: What about energy reform in Texas? Lt. Gov. Patrick on what could pass

On this week's Inside Texas Politics, the No. 2 leader in the state, Lt. Gov. Dan Patrick, joins us to talk about what progress he expects. 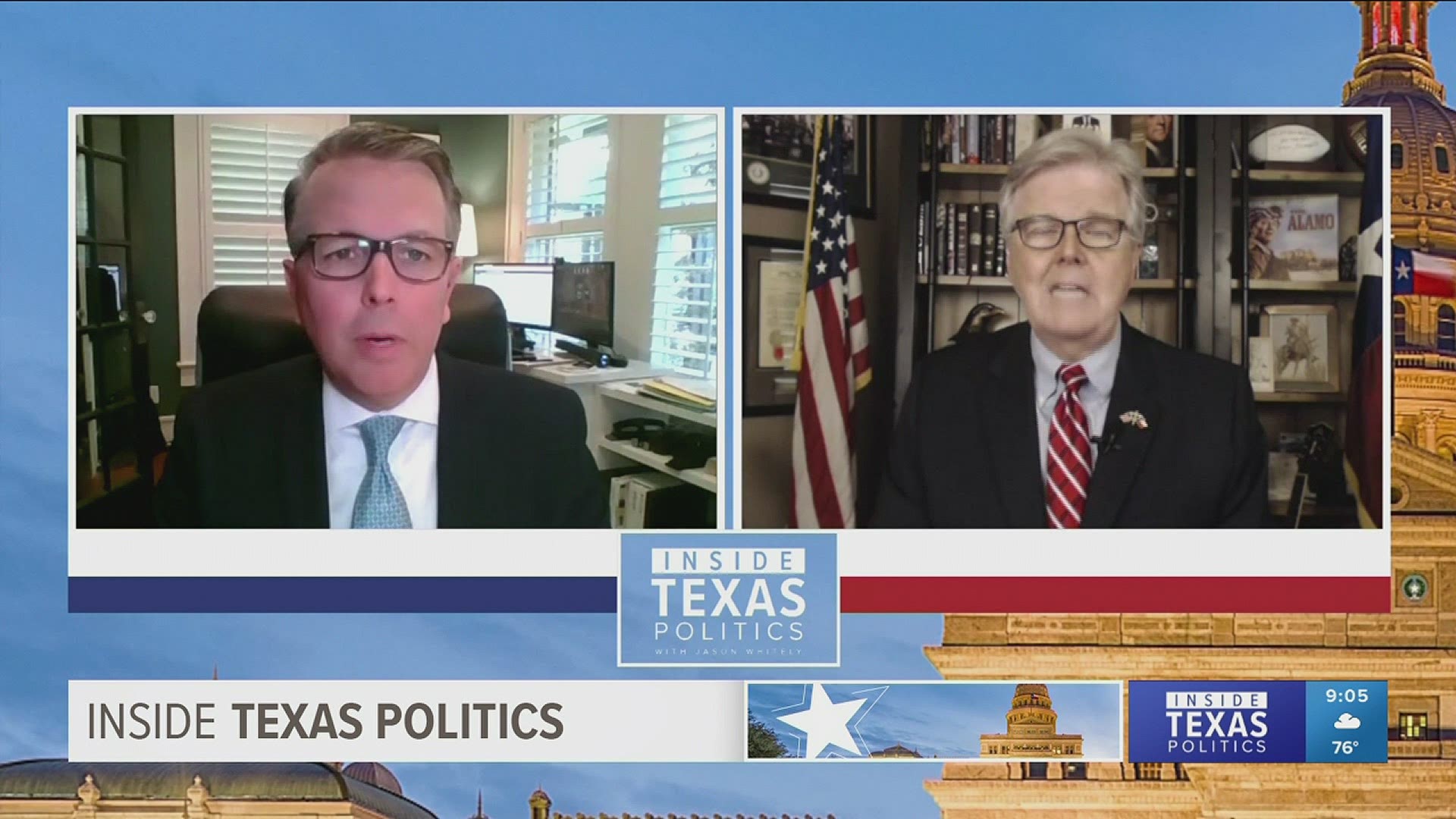 DALLAS — There are 22 days left in the 87th legislative session and Texas Republicans are racking up big legislative wins.

Conservative bills that have not passed before, such as constitutional carry and the "heartbeat" bill, will become law.

But what about energy reform after that deadly storm in February?

On this week's Inside Texas Politics, the No. 2 leader in the state, Lt. Gov. Dan Patrick, joined us to talk about what progress he expects.

RELATED: 'Permitless carry' initially didn’t have the votes to clear the Texas Senate. How did it pass?

What's next for Texas Democrats?

Now to a question many are asking: are Texas Democrats at a low point?

Their candidate barely missed the runoff in Congressional District 6 in the May 1 election. There's no clear high-profile candidate for governor next year.

RELATED: Will Texas Democrats field a viable candidate for governor next year?

What happened to the momentum? These are the questions we posed to Matt Angle, a Democratic consultant who runs the Lone Star Project.

Watch this week's entire episode below:

This lawmaker believes a consumption tax should replace property taxes

Property taxes increase every year, sometimes by double digits. Is it time for Texas to reconsider them?

State Rep. James White says that's an easy answer: yes. But how would he do it?

The Republican from East Texas laid out his idea in the latest episode of Y'all-itics.

RELATED: How a proposed consumption tax would eliminate property taxes in Texas