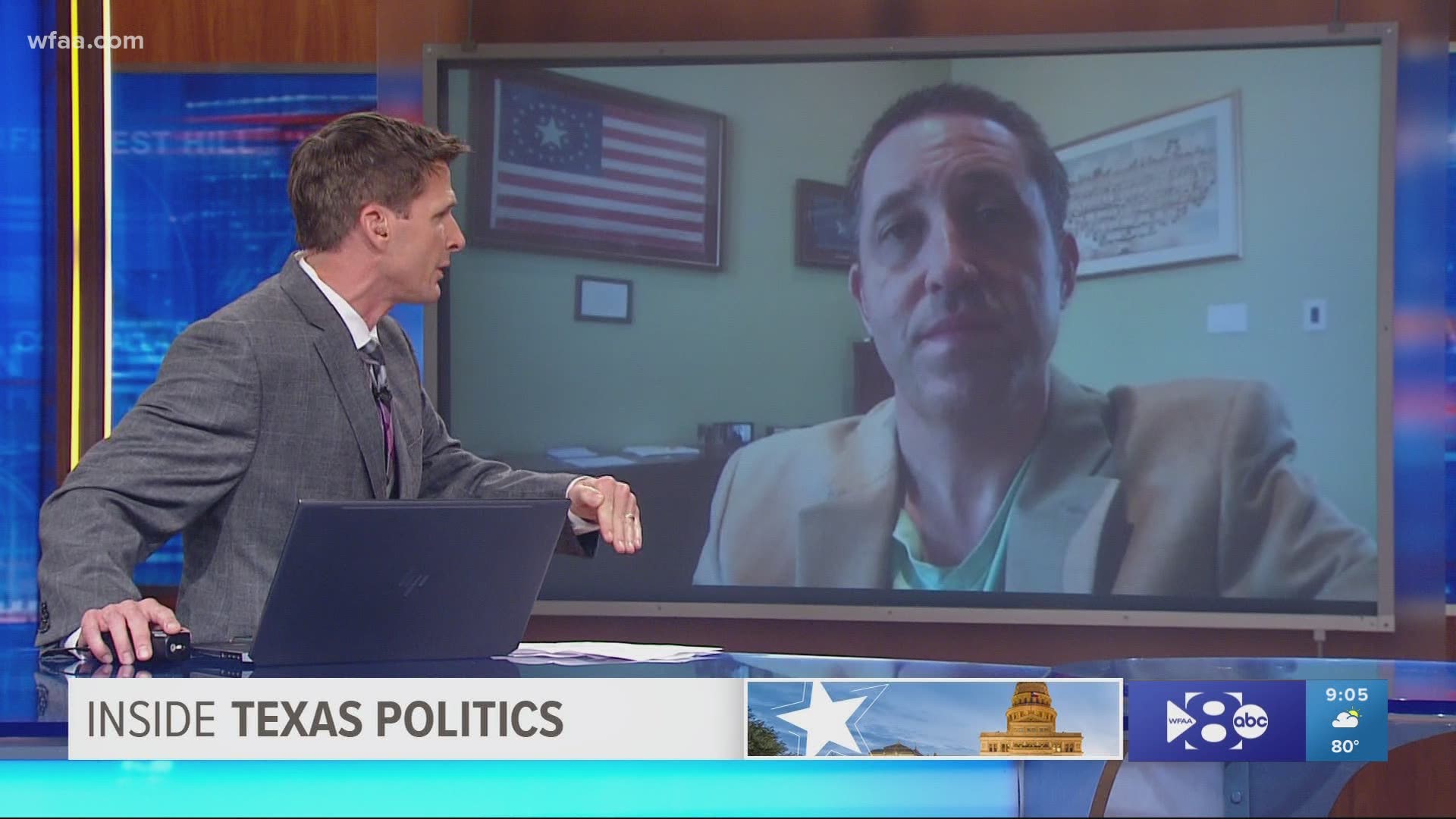 Texas collected nearly $3 billion in sales tax revenue in July, a level of improvement that was higher than expected.

The retail sector alone accounted for some $460 million added into the state treasury.

“As people are staying home and not able to take vacations, what we’re seeing is that they’re spending some of that money to either do home improvement projects, things around the house that they haven’t in the past – and that’s the result of what we’ve seen in the collections here in the last few months,” Texas Comptroller Glenn Hegar said on Inside Texas Politics.

Not only is this good news for the state in the middle of a pandemic and millions of unemployment claims, the $2.98 billion also represents a 4.3% increase from July 2019 when COVID-19 wasn’t even in the picture.

The economic respite isn’t likely to last, though.

Texas is expected to be billions in the red heading into the next budget cycle.

“Very early on in this pandemic, I got up and wanted to at least start managing expectations, that Texas – we’re going to enter into some type of recession,” Hegar said.

He has repeatedly said Texans should expect a long, slow recovery.

The state is facing a number of economic headwinds, including low oil prices, a drop in production and rig count and the loss of the $600 per week federal unemployment benefit.

“If you look at the state treasury, we went from having a $3 billion surplus, as in dollars we expected to come into the state treasury for the 2-year budget, more than what the legislature spent, to now, that had turned into a $4.6 billion deficit in the current budget.”

“We entered into this pandemic with a much stronger foundation than many other states, many other nations,” said Hegar.

So for now, let’s take the good news where we can, as COVID-19 continues to be our reality.

Dallas church is inspired, not intimidated 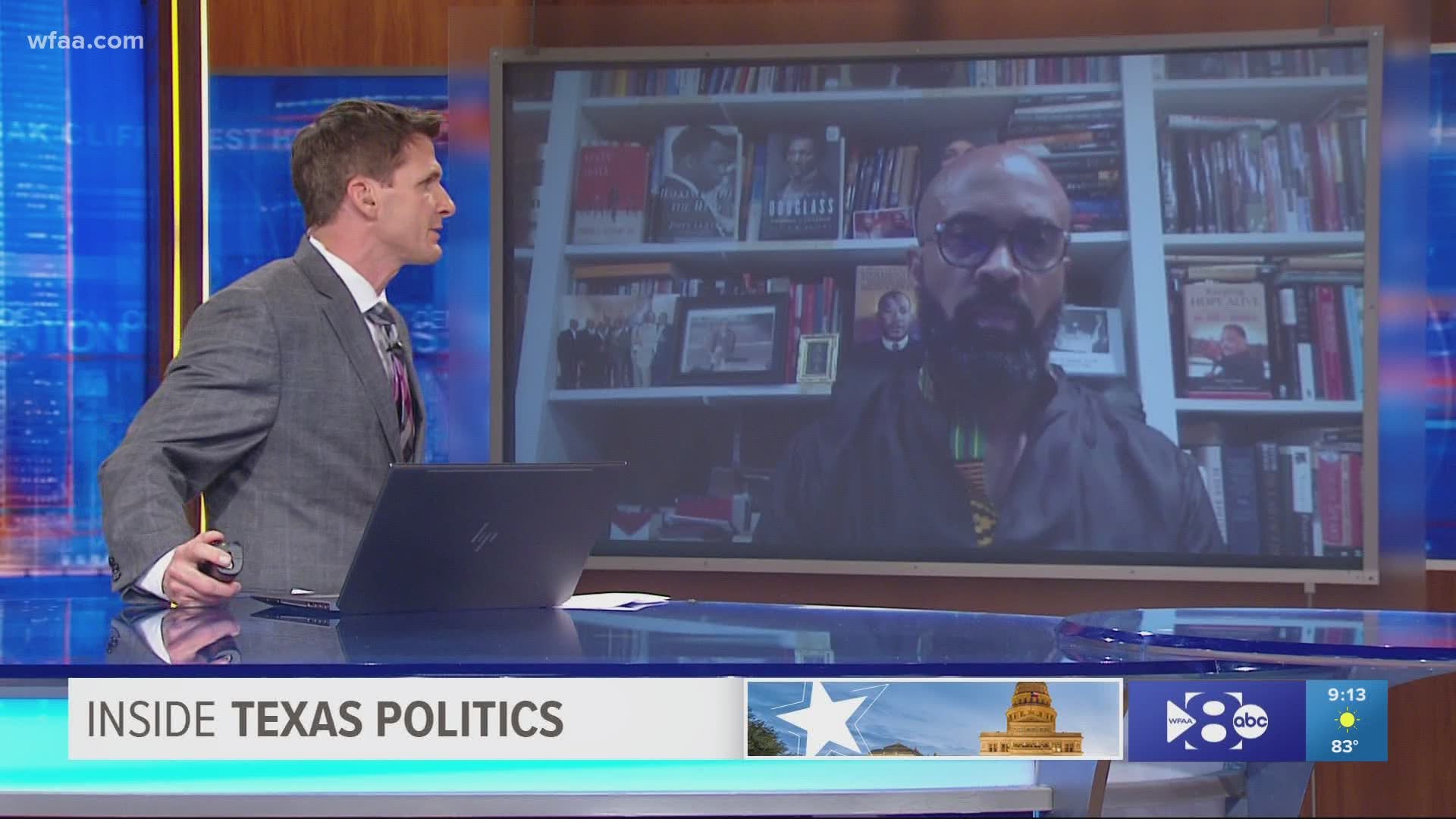 Friendship-West Baptist Church's senior pastor Frederick Haynes said “We are not intimidated. We are inspired,” after a "Back the Blue Cruise" misrepresented themselves and took over the church's parking lot last week.

He said organizers had asked a staff member if they could use the church parking lot as a rest stop for no more than 30 vehicles.

“It appears they targeted us," Haynes said in an interview with ITP. "And we even have some who have said they were not in any way wanting to be complicit with such an act.  And they have sent apologies.  And for that, we are grateful.  But we also are aware of others who basically said they came to shut Friendship-West down.”

An estimated 1,000 or more vehicles showed up and Haynes said no one was told it was a pro-police convoy.

The incident could prove to be a tipping point for Dallas Black Clergy, who issued a call to action for all of Dallas.

They want the City of Dallas and Dallas County to immediately adopt their 10-point plan to address policing and public safety concerns.

“We are simply asking that Dallas in their budgeting process redistribute resources – that’s what this whole defunding the police movement is about – redistributing resources from a bloated police budget," Haynes said.

A Democratic candidate for president hasn’t won Texas since 1976.

Rep. Victoria Neave, a Democrat in District 107, is confident it will finally happen again, 44 years later.

“We are in a really defining moment for our nation in a time when we need a leader who is going to be uniting us.  Donald Trump is dividing us,” she told Inside Texas Politics. “And we know Joe Biden has that really necessary ability to bring diverse coalitions together so that we can make Donald Trump a one-term president.”

Biden hasn’t spent much money in Texas yet, but he’s still doing well in polls.

His campaign recently announced a $280 million advertising spending spree in 15 states heading into the election.

“Texas is the biggest battleground state.  It’s so important to the Biden campaign,” Neave said.

His state director will be Rebecca Acuña, a veteran political operative who was once Neave’s chief of staff.

What does the former vice president need to do to actually pull off a win?

“We need to work hard, talk to voters about his policy platforms," Neave said. "Make sure that folks are registered to vote, because every single vote is going to matter.  We know there is a pathway to win Texas.”