“We had record turnout, highest level and also the best percentages of turnout in 30 years. So, these criticisms aren’t based in fact," state Sen. Bettencourt said. 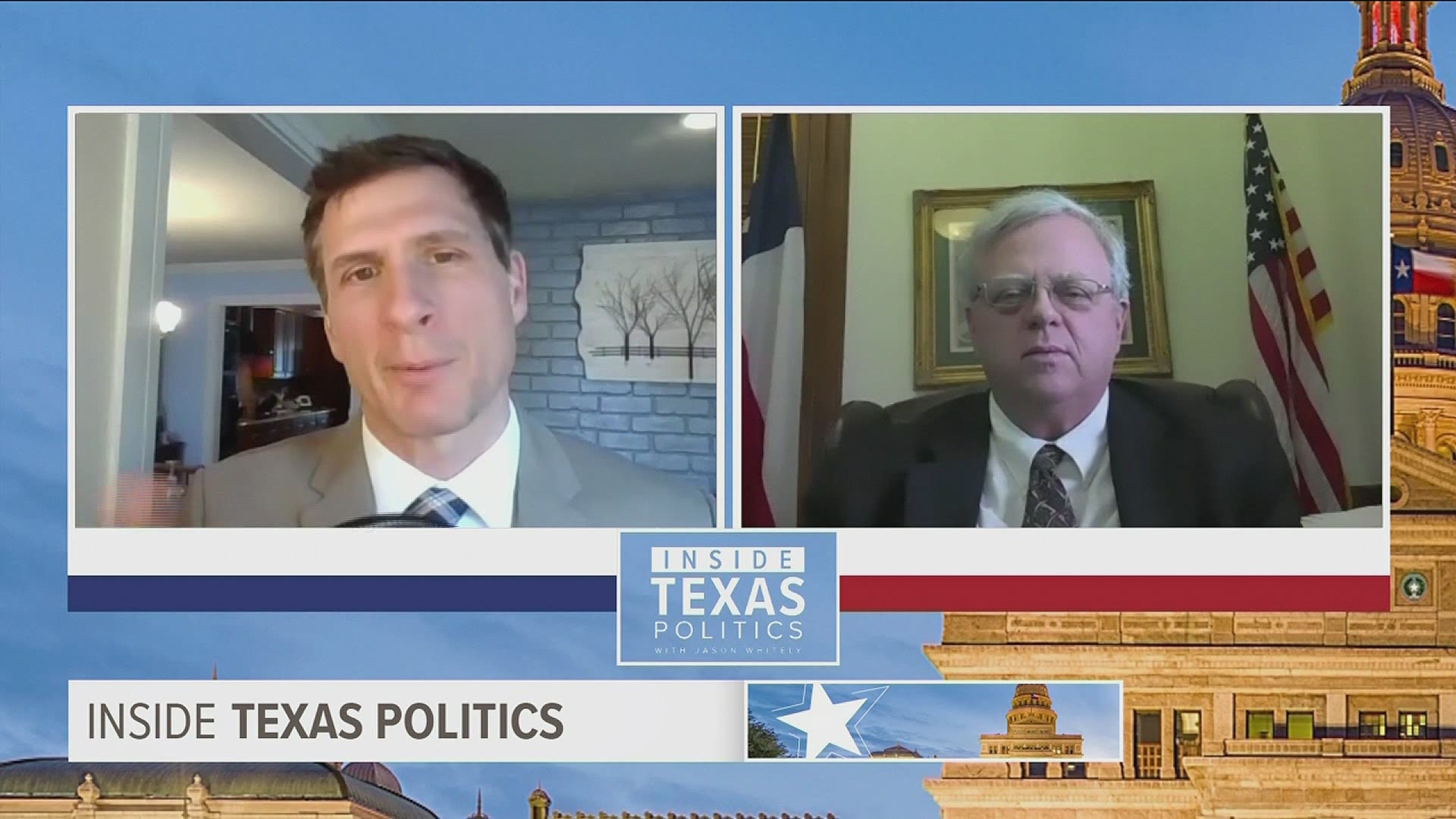 State Sen. Paul Bettencourt scoffs at suggestions that the spate of election reform bills being debated in Austin are an attempt to disenfranchise Democratic voters.

There is no need for that, he says, because the GOP not only won in Texas during the 2020 election, they won big.

“We had record turnout, highest level and also the best percentages of turnout in 30 years. So, these criticisms aren’t based in fact,” he said on Inside Texas Politics.

For one, his legislation would not allow voters to register from a P.O. box.

Another would require all counties in Texas to be uniform in their early voting hours and the number of days in an election.

Bills filed by other lawmakers would prevent counties from proactively sending out applications for vote-by-mail ballots and wouldn’t allow early voting locations to stay open later than 7 p.m.

“These are common sense reforms, not some grandiose scheme to turn back what was a big, successful election for turnout that was clearly obvious by the numbers," said Bettencourt.

The proposals come following an election without major issues or fraud.

D’Andrea resigned last week after audio surfaced in which he can be heard telling out-of-state investors he will, in essence, keep their profits intact in spite of a pricing controversy in which utilities paid sky high rates for power, even after the worst of the winter storm had passed.

“That’s one resignation that’s water under the bridge and good riddance as far as I’m concerned," said Bettencourt.

But will Texans see any real reform as it relates to the power grid and public utilities coming out of Austin this session?

“We’re going to get a lot done, that’s my prediction. Because it has to be done. It has to be done. We had this 10 years ago, in north Texas especially, and we didn’t learn from it,” Sen. Bettencourt said. “Well, I wasn’t there then. But I’m a quick learner even if I’m just an Aggie Senator, the only one in the state.”