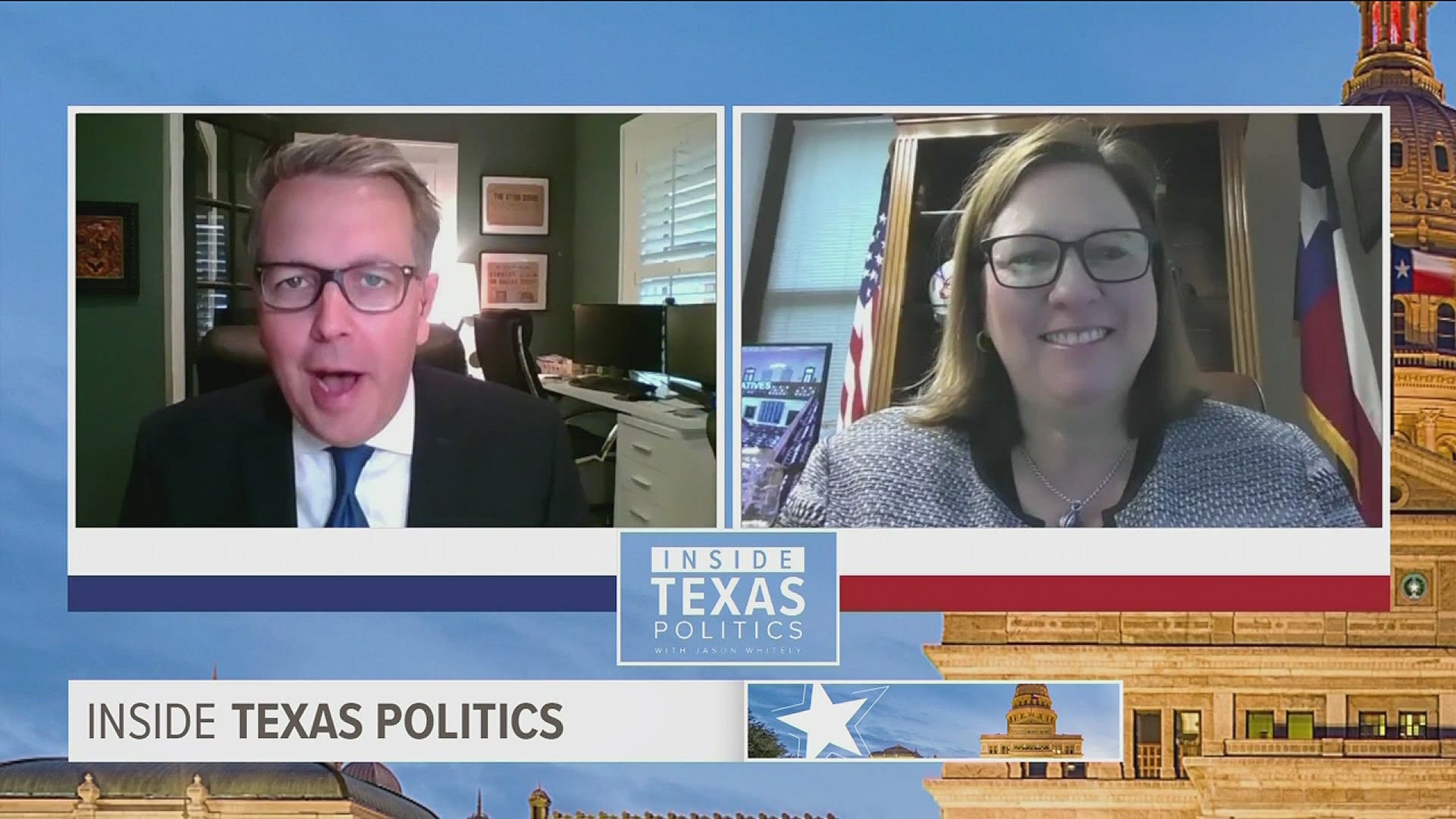 DALLAS — Texas state Rep. Julie Johnson, D-Dist. 115, is behind a bill that could give almost a million Texans health insurance if the state would expand Medicaid.

This is something leaders have ignored for a decade.

But a few days ago something changed. Nine Republicans joined Democrats in support of it, enough to give it the votes to pass.

"It's amazing what happens when you're actually able to sit down and talk to people," Johnson said.

She said being able to layout the facts and show what the bill does makes the case for the bill "irrefutable."

"This bill will fundamentally change healthcare in Texas," she said.

Watch the entire episode of this week's Inside Texas Politics below:

What's next for police reform in Texas?

Over the last five days, we have heard a lot of reaction to that guilty verdict of a former police officer in Minneapolis for the murder of George Floyd.

But was that really a watershed moment? Will any substantial political change come of it, especially here in Texas?

State Sen. Royce West, D-Dist. 23, has been behind almost every police reform bill in the last decade and there is much work still left.

"Hopefully it serves as a wakeup call for those few officers who would persist with that type of behavior," said West on Inside Texas Politics.

West authored two police reform bills that passed in the Texas legislature this week. The bills, which unanimously passed the Texas Senate, require an officer to help an injured person and to intervene if another officer uses excessive force.

RELATED: Despite guilty verdicts, George Floyd Act still does not have votes in the Texas legislature

In the Texas House, Republicans and Democrats have put together a group of bills to reform criminal justice in this state.

The group of bills is called "Smarter Justice, Safer Texas," and is led by Speaker Dade Phelan.

Collier said the bills aim to focus on punishing "harmful individuals" while getting others "who made missteps" back to work.

She also stressed the importance of decriminalizing offenses that are no crimes, and getting rid of arrests connected to those offenses.

Those show up on background checks for people applying for things like jobs and housing, Collier said.