Rep. Carl Sherman said the shared meals give lawmakers a chance to talk more, get to know each other better, and talk about the issues. 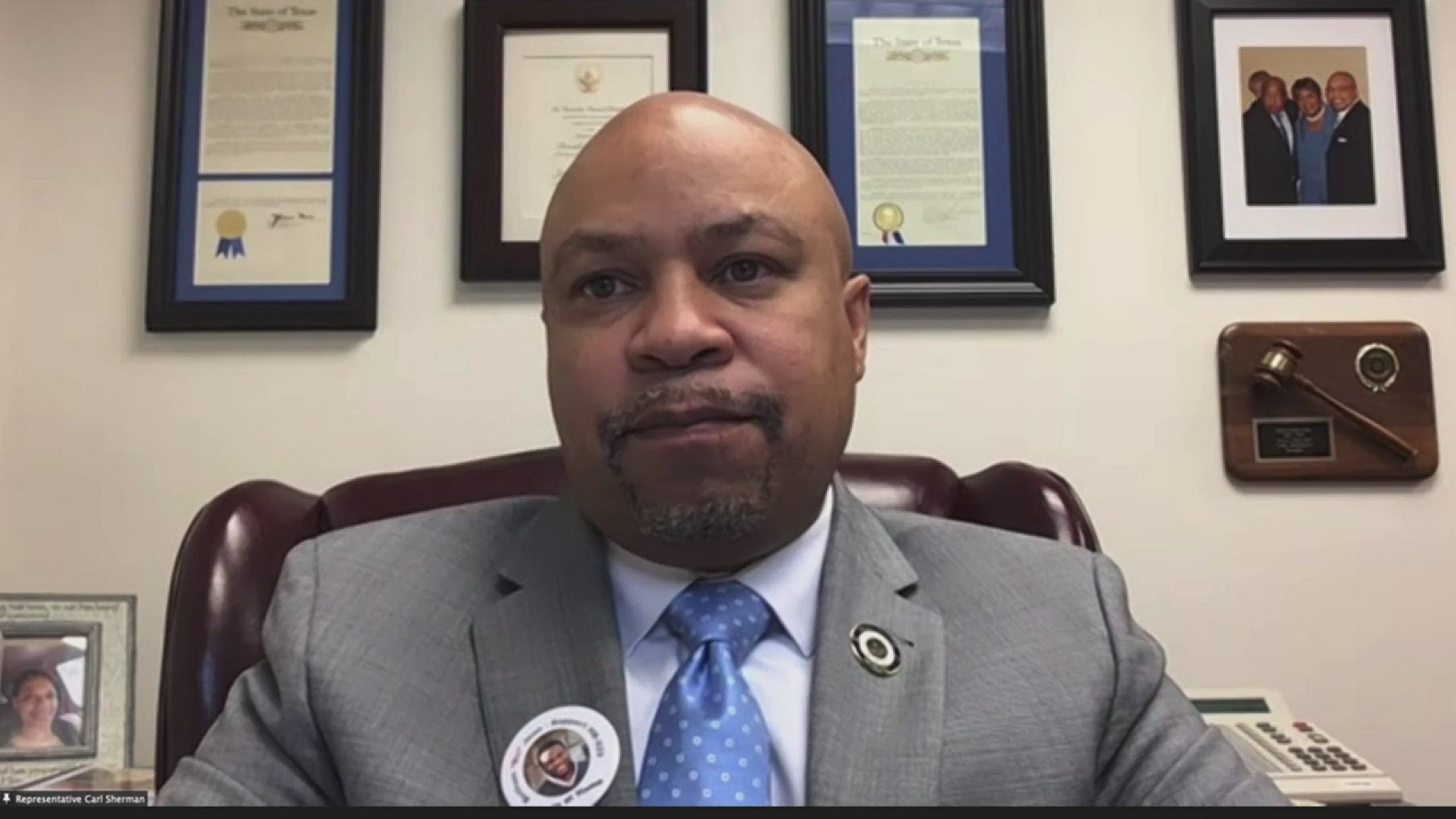 Rep. Carl Sherman, D-DeSoto, believes that Democratic and Republican members of the Texas legislature breaking bread together could really make a difference.

Sherman reached out to Rep. Matt Krause of Fort Worth to have lunch recently. He said he thinks despite varying views, he believes the state representatives have more in common than they realize.

He said he reached out to Krause for a chance to talk more, get to know each other better, and talk about the issues.

"From a political perspective, we have joint authored two bills together," said Sherman. "And I'm excited about that."

RELATED: How a meeting for lunch led to legislation between a Texas Democrat and Republican

Is President Biden's infrastructure plan going to help the US? Rep. Van Duyne says no

President Joe Biden is moving forward with something former President Donald Trump wanted to do: invest in infrastructure.

"We should have had an infrastructure plan long ago," said Rep. Beth Van Duyne.

But she claims this bill is not the answer and would result in the loss of jobs, not job growth.

The president's announcement a few days ago came as the migrant crisis at the Texas-Mexico border continues to grow.

Van Duyne said the U.S. needs to work with other countries to allow people to apply for asylum from the first safe country they reach, instead of having to travel all the way to the U.S. border.

Austin is taking a new approach to the growing homeless problem. In the next 10 days, the city is expected to unveil a new plan to fight the problem.

This plan wasn't from the city council. Instead it was developed by business groups, social workers, and others.

Austin Mayor Steve Adler said it's exciting to have business groups and activists joining together to solve the issue.

He said residents will see immediate solutions as well as long-term planning from this plan.

RELATED: New strategy to combat Austin’s homelessness expected to be unveiled next week