Midland Mayor Patrick Payton said he is concerned a COVID-19 outbreak could happen in his community stemming from the facility. 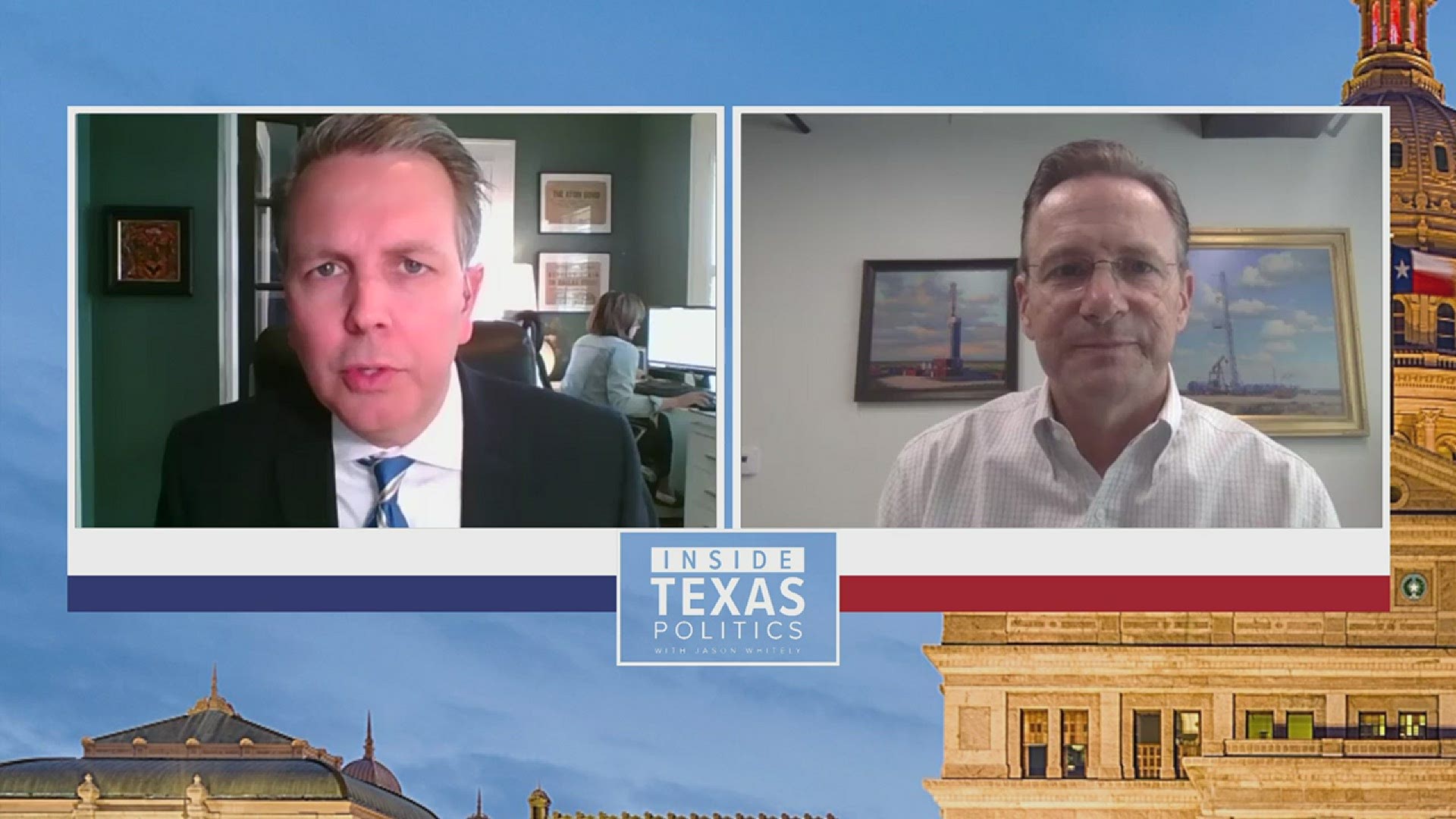 DALLAS — Patrick Payton, the mayor of Midland, says he fears a new increase in COVID-19 cases after a temporary camp for migrant children opened in his city recently.

Cotton Logistics, from Katy, Texas, leased this facility to the federal government as an overflow area for unaccompanied children who entered the United States either without permission or seeking asylum.

“These two communities [Midland and Odessa] have done a tremendous job to fight back COVID. We would hate to see COVID spread in our communities now in spite of all of our efforts because of the federal government’s actions,” Payton said on Sunday’s Inside Texas Politics.

Exacerbating the situation, Payton explains, is that he only gets limited information from the operators of the facility.

The mayor said he does not know who is working with the infected children, where they’re from or whether they’re visiting local restaurants and hotels.

“There’s really not a question that’s answered,” the mayor said on the television program. “We get one bit of information every day and that is the census. The census we get from them doesn’t match up with simple math. So, we just continue to approach it with great skepticism.”

Credit: Taylor Lumsden
Midland Mayor Patrick Payton, right, appeared on Sunday's Inside Texas Politics to discuss the recently overflow facility for unaccompanied children that entered the United States either without permission or to seek asylum.

The Midland camp initially housed 456 migrant teenagers, the mayor said. About 60 of the children tested positive for COVID-19.

In the last few days, the population at the facility has dropped to about 385 migrant children, the mayor continued, with about 30 cases of COVID-19.

The city has few options to protest the facility, Payton explained.

RELATED: A glimpse at who is coming across the border and who is guarding it

“We are uncovering every rock we can uncover. We’re uncovering every archaic legal precedent we can uncover, but the bottom line is, and this should worry Texans all over the place, as well as Americans, if the federal government decides to come in and set up something in the middle of town, or wherever they want to, they can do it and there’s really not a thing you can do about it,” he said.

The federal government is opening another facility in Pecos, Tex., between Odessa and El Paso. There is already a facility housing migrant children open at the Kay Bailey Hutchison Convention Center in downtown Dallas.

RELATED: 'This is a humanitarian crisis': Republican senators, including Cruz and Cornyn tour detention facilities in Rio Grande Valley

President Biden ended the Trump administration policy of forcing unaccompanied children to remain in Mexico. Democrats said it is the humane thing to do since these children, traveling without parents or guardians, are vulnerable to abuse or trafficking.

Republicans argue that Biden’s policy reversal is creating a costly situation that could spiral out of control.

The sharply higher numbers of border crossings have severely strained the country's current capacity to shelter unaccompanied minors, leading to the need for such facilities.

RELATED: Answering FAQs about the unaccompanied migrant teens being housed in Texas

FEMA will help receive, shelter and transfer the children if they arrive alone at the border over the next three months, Homeland Security Secretary Alejandro Mayorkas said, according to a report from The Associated Press.

The influx in children arriving at the border alone has strained the abilities of the Department of Homeland Security and Department of Health and Human Services to quickly process and move the children through the system, the report said. At the same time, federal shelters used to lodge those children are overwhelmed, leading to the need for these spaces.

Rep. Henry Cuellar, D-Laredo, told Inside Texas Politics several weeks ago that officials in Biden's administration are not consulting Texas Democrats who represent the border as the White House works to address the overall surge in migrants journeying north.

After four years of a hardline stance by Trump, the Biden administration has made it known that it will take a more human and efficient approach to border enforcement. Border observers say they think that is leading to the current surge, which Cuellar thinks will likely increase over the next several months.

Biden administration officials claim they have inherited an untenable situation that came from what they say was the Trump administration's undermining and weakening of the immigration system.

Critics, however, feel that the administration is inadequately prepared to handle the surge and question why officials won't allow the press inside these facilities to examine conditions.

“I haven’t seen a plan,” Rep. Michael McCaul, R-Texas, told the Associated Press. “They have created a humanitarian crisis down here at this border that you have seen now. And the reason why they are coming is because he says words do matter, and they do. The messaging is that if you want to come, you can stay.”