Despite guilty verdicts, George Floyd Act still does not have votes in the Texas legislature

Legislation named after Floyd would create a number of police reforms but lacks widespread support in the Texas House and the Texas Senate. 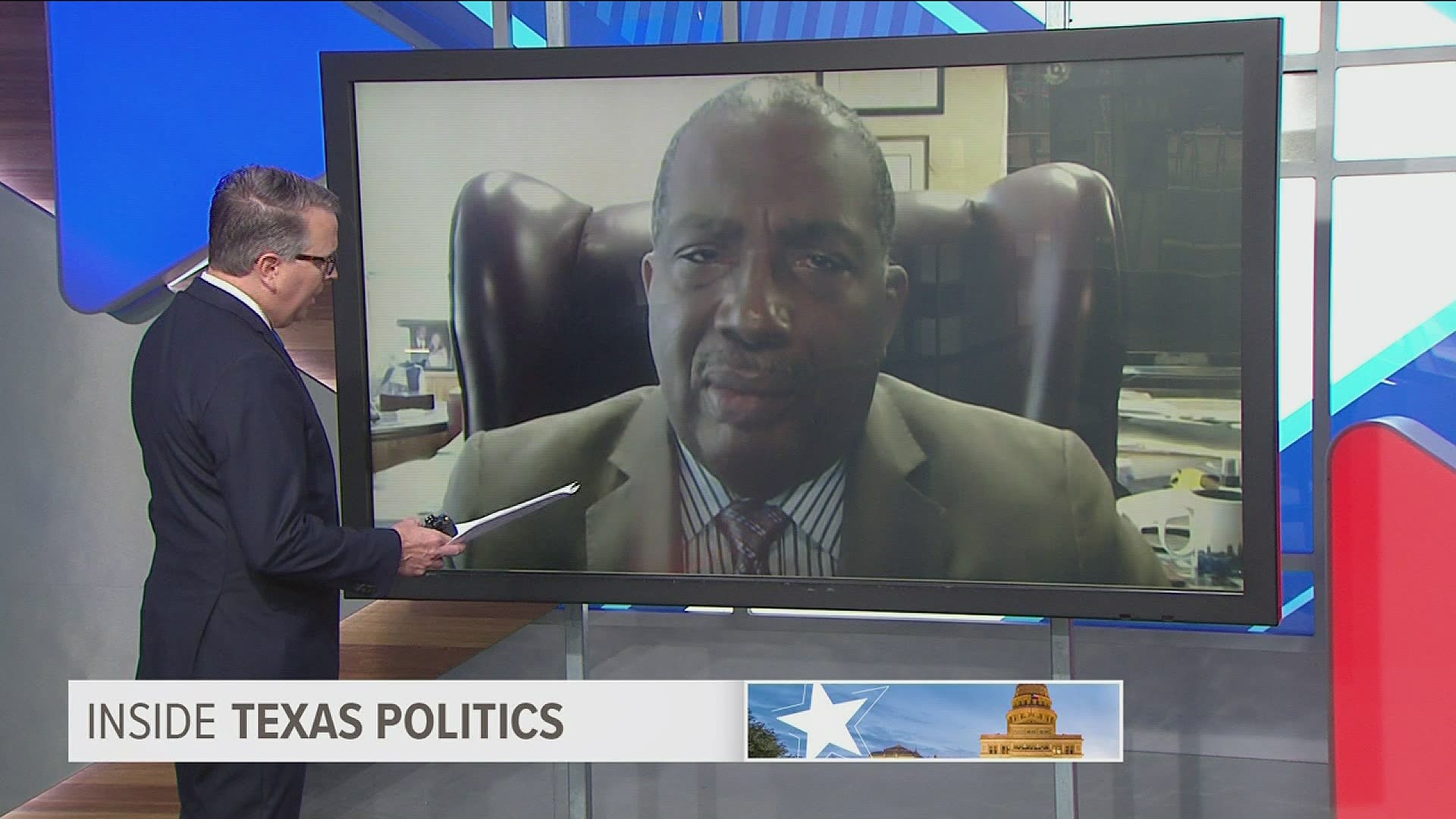 “I would love to pass a bill named after George Floyd.  We don’t have the votes to do that.  But the question is, do you want substance over form or form over substance.  And I think most people want substance. And so we’ve got to get as much police accountability or reform as possible this legislative session,” West explained on Sunday’s Inside Texas Politics.

The George Floyd Act in the Texas legislature is House Bill 88. Sen. West said it does not have the votes in either the House or the Senate to pass.

The Texas Senate has passed incremental legislation including a bill that would require police officers to intervene if they witness one of their colleagues use excessive force.

West has led much of the police reform in this chamber in recent years. He also got a separate bill passed that requires police officers to immediately request or perform medical aid for anyone who is injured.

The Dallas Democrat said the guilty verdicts against Derek Chauvin should serve as a blueprint moving forward for prosecuting officers accused of violent conduct.

“I want to make certain that we use Derek Chauvin as the poster child for police misconduct," he said. "And I think law enforcement and everyone else should agree with that.  He is the poster child.  And hopefully it sends a wake-up call to those few officers that would persist in that type of behavior.”

Police reform is just part of the puzzle, the senator acknowledged. Economic reforms to create more equity are also needed, he said.