Natural gas supply is critically low in Texas. Are rolling gas outages next? 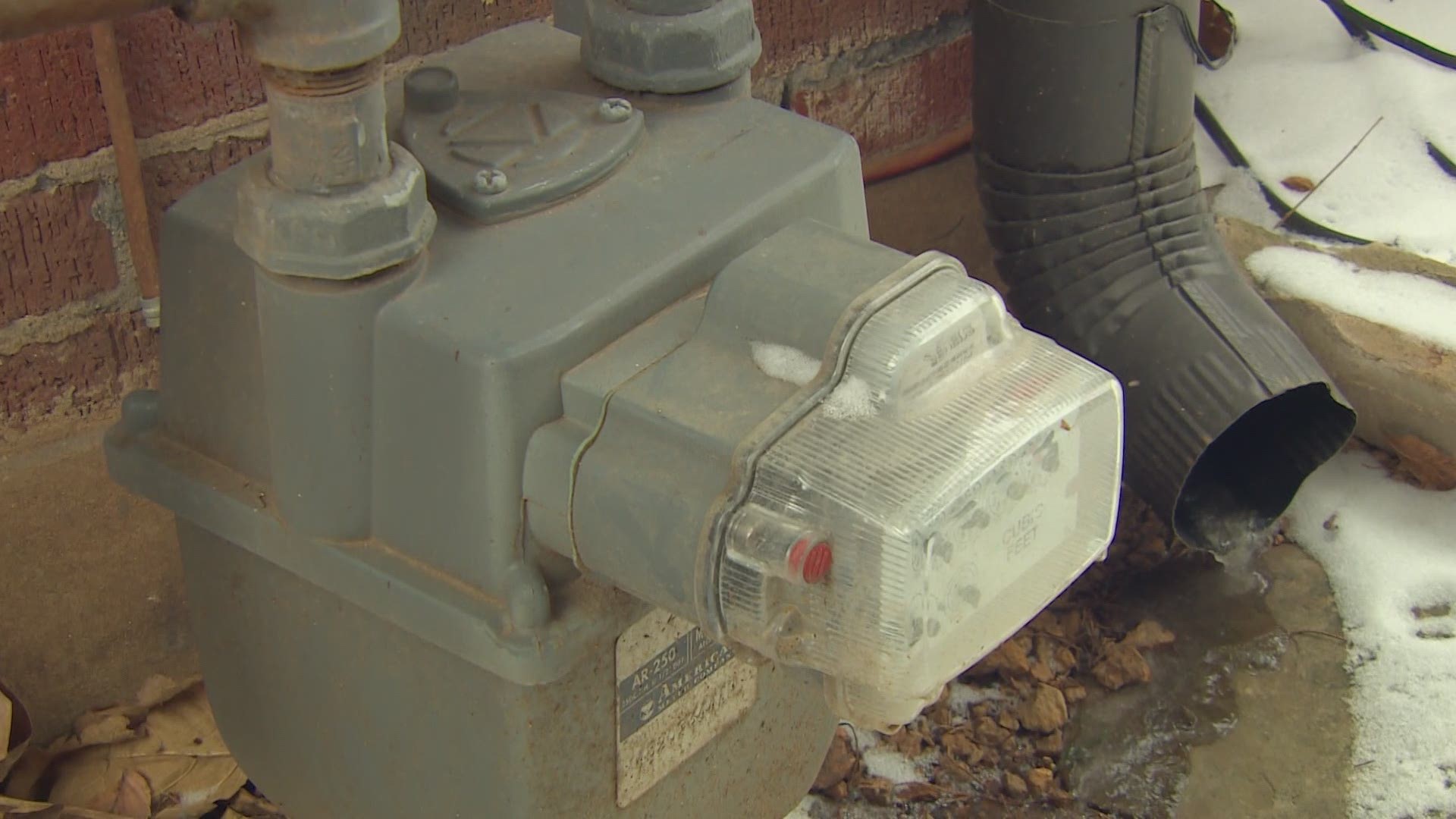 DALLAS — As Texas electric plants slowly come back online during below-freezing temperatures across the state, natural gas has become the latest concern, as that supply is now critically low.

Atmos Energy, the gas utility in North Texas, texted customers an emergency alert on Wednesday asking them to reduce usage.

“Natural gas supply constraints may lead to service outages for some Atmos Energy customers. If service is interrupted, restoration may take an extended period of time. Once supply is restored, Atmos Energy technicians will need to visit each home to safely restore gas service,” the Dallas-based utility said in a statement on Wednesday night.

More than 24 hours earlier, Texas Governor Greg Abbott announced that natural gas is freezing in the pipeline and freezing at the rig.

“The Texas natural gas infrastructure is not winterized and protected against the cold like some of the others are, and that’s just for cost reasons. If you don’t expect it to get that cold, you’re not going to want to spend the money to protect your systems. That is now biting Texas hard,” said Ben Ruddell, a professor, data scientist and director of the FEWSION Center at Northern Arizona University in Flagstaff, Ariz.

The same thing that sunk power plants in this state is now limiting the supply of natural gas here.

RELATED: Texas didn't learn its lesson | Experts say little has changed with winterization of generators since blackouts of 2011

Natural gas is the fuel that heats the majority of homes in Texas and powers a substantial portion of the state’s 680 electric generating plants.

Gas pipelines, rigs and production equipment in Texas were not hardened to handle the cold, Ruddell said.

“Even when you’re the best [energy producing state] in the world, you do have a bad day and you need to be ready for it and it seems like Texas isn’t this week,” Ruddell added.

Service outages for natural gas would only exacerbate the problem in Texas, as millions of residents are already in the dark and cold from electric outages.

RELATED: No, wind and solar power are not the main causes of Texas' power outages despite Gov. Abbott's claim on Fox News | VERIFY

“Well, it's a real problem and we need to recognize that they also use natural gas in Alaska where they're facing and they regularly face lower temperatures and we're getting here and their lines aren't freezing there so we have to look at why were the steps not taken to protect our lines against this kind of cold weather,” said U.S. Rep. Colin Allred, D-Dallas.

On Wednesday, Governor Abbott said he signed an order requiring natural gas producers to sell their supplies to Texas utilities first before exporting them.

The unusual freeze exposed issues with the Texas electric grid, too, Ruddell said, specifically how Texas needs to be better connected to receive help in situations like this.

“The Lone Star self-sufficiency seems like a good idea when other people are having problems because you’re insulated from those problems,” Ruddell explained, “But it’s not such a good idea when you’re having trouble at home and you need their help. So, Texas really needs to invest in power transmission interconnections which they can use during an emergency like this. They just don’t exist right now.”

The Electric Reliability Council of Texas, ERCOT, which manages the Texas grid, said it has only limited connection to other grids.

RELATED: You've heard a lot about ERCOT lately. What exactly is it?

But that’s a fraction of the amount Texas needs right now during controlled electric outages. As of Wednesday, 46,000 megawatts of capacity are offline in the state, ERCOT said.

It is an unbelievable change of fortune for the largest energy-producing state in the country.