It's rare, but the Texas Legislature can impeach a state official. Here's how it works

Though it doesn't happen often, the Texas Legislature does have the power to impeach certain state officials. We looked into the process. 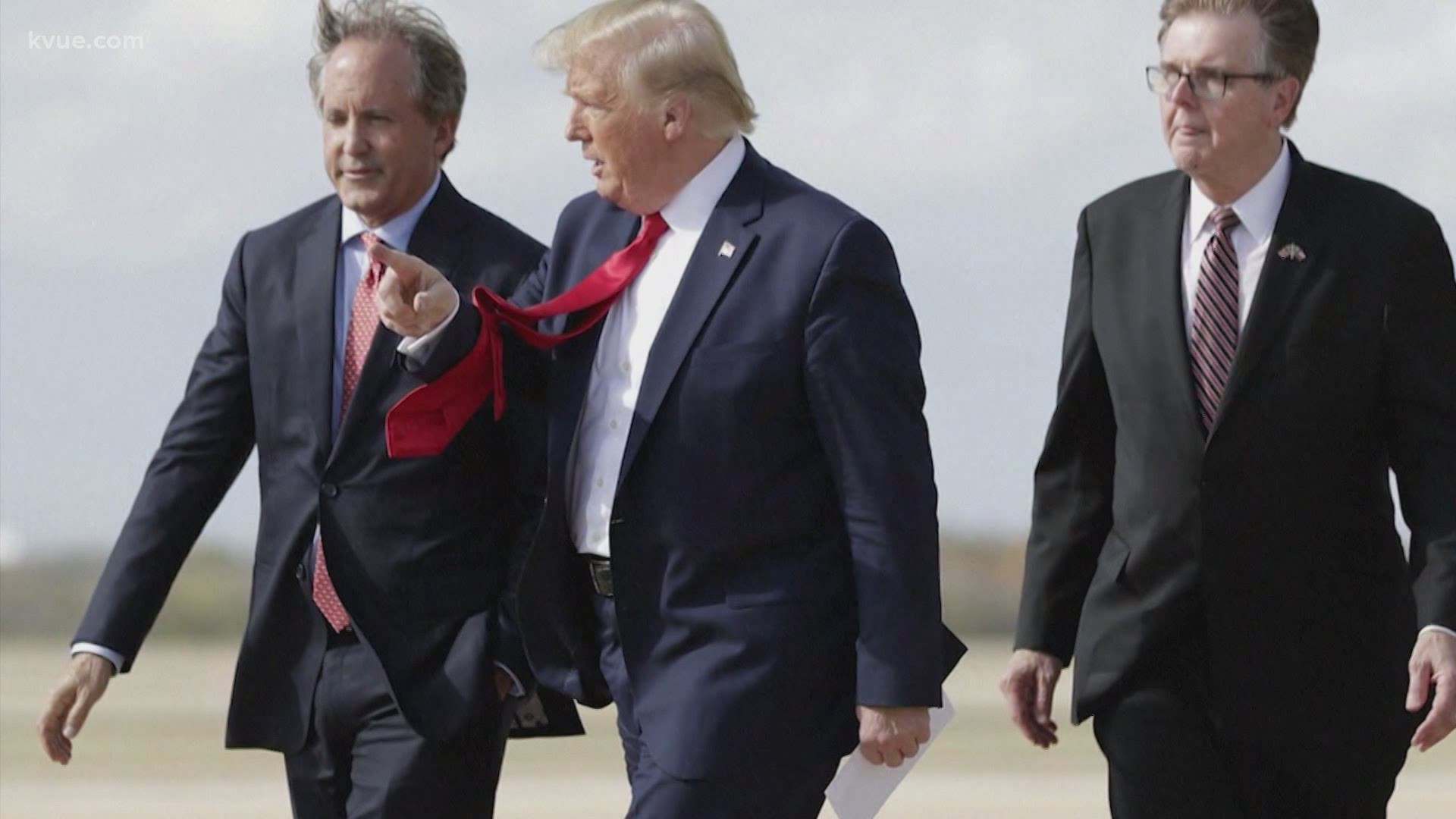 AUSTIN, Texas — Last week, a group of activist leaders gathered outside Texas Attorney General Ken Paxton's office to call for his removal. The group is calling for Paxton to resign and, if he doesn't, for the Texas Legislature to move to impeach him under Article 15 of the Texas Constitution.

The group said that Paxton's "harmful pro-Trump speech fed a violent riot charged by white supremacists in D.C." and called him out for using tax dollars for "baseless legal actions" while expressing concern that his most recent actions have come while he is under federal investigation after several people in his office accused him of crimes such as bribery and abuse of office.

What does an attorney general do and how long do they serve?

The Texas attorney general is the State's chief legal officer and "serves as legal counsel to all boards and agencies of the state government, issues legal opinions when requested by the governor, heads of state agencies and other officials and agencies as provided by Texas statutes, sits as an ex-officio member of state committees and commissions, and defends challenges to state laws and suits aginst both state agencies and individual employees of the State," according to the Office of the Attorney General's website.

Attorneys general are elected by Texas voters and serve four-year terms. Paxton was first elected in November 2014, was sworn into office in January 2015 and was re-elected to a second term in 2018. The next election for the position will be held in November 2022.

How does the impeachment of a state official work in Texas?

Similar to how impeachment works on the federal level, the Texas House of Representatives must impeach an official first, then a trial by the Texas Senate follows. The following officials can be tried by the Senate: governor, lieutenant governor, attorney general, land commissioner and the judges of the Texas Supreme Court, Court of Appeals and District Court.

Also similar to federal impeachment, a two-thirds majority of the Senate is required to convict someone in the Texas impeachment process.

But there is one notable difference between state and federal impeachment. In Texas, the person being impeached is removed from office while the case is pending, whereas in the federal system, they remain in office until convicted by the Senate. Here's how it's worded in the Texas Constitution, Article 15:

"All officers against whom articles of impeachment may be preferred shall be suspended from the exercise of the duties of their office, during the pendency of such impeachment. The Governor may make a provisional appointment to fill the vacancy occasioned by the suspension of an officer until the decision on the impeachment."

So, in other words, unlike how President Donald Trump has been impeached twice but remains in office, if a Texas official were impeached, they would be suspended from office immediately.

Has a Texas official ever been impeached?

Yes, but it hasn't happened often, according to an analysis by Texas Tribune Executive Editor Ross Ramsey.