Incumbent Jada Andrews-Sullivan is hoping to keep her seat, but her opponent Jalen Mckee-Rodriguez snagged more voters than the councilwoman last month. 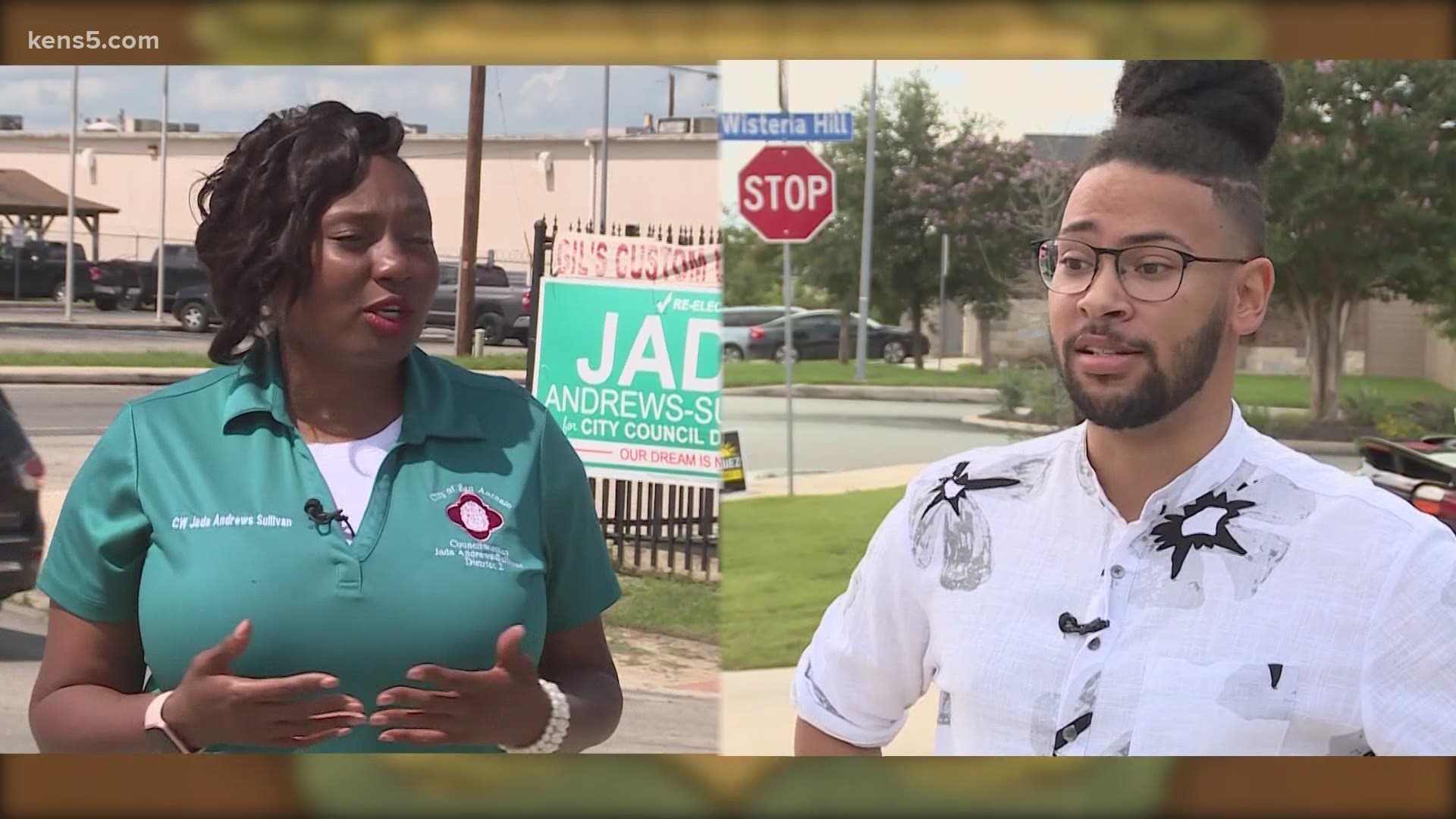 SAN ANTONIO — Racing to the runoff election on Saturday as the landscape of San Antonio's City Council is still undecided. However, voters will decide who fills five seats. One of the hotly contested races in District Two.

Incumbent Jada Andrews-Sullivan is hoping to keep her seat.

However, her opponent Jalen Mckee-Rodriguez snagged more voters than the councilwoman last month.

"I never thought in a million years when I entered this race, people wouldn't think I was Black," he said.

He is a 26-year-old high school math teacher who used to work for the councilwoman. Now, he wants her seat. If elected he would be breaking barriers.

District Two is in the city's east and northeast sides. It hasn't seen a stable representative in the last several years.

"Right now, I have been the sixth council person in five years," Andrews-Sullivan said. "So, do we continue this revolving door, or do we say today is the day we stop the revolving door?"

Councilwoman Andrews-Sullivan said her top three issues for the district are safety, economic development, plus youth and seniors. Mckee-Rodriguez mentioned infrastructure, an equitable and fair budget, and a fair police union contract.

Polls are open from seven to seven for Election Day, Saturday June 5. The other runoff races are for districts one, three, five, and nine.