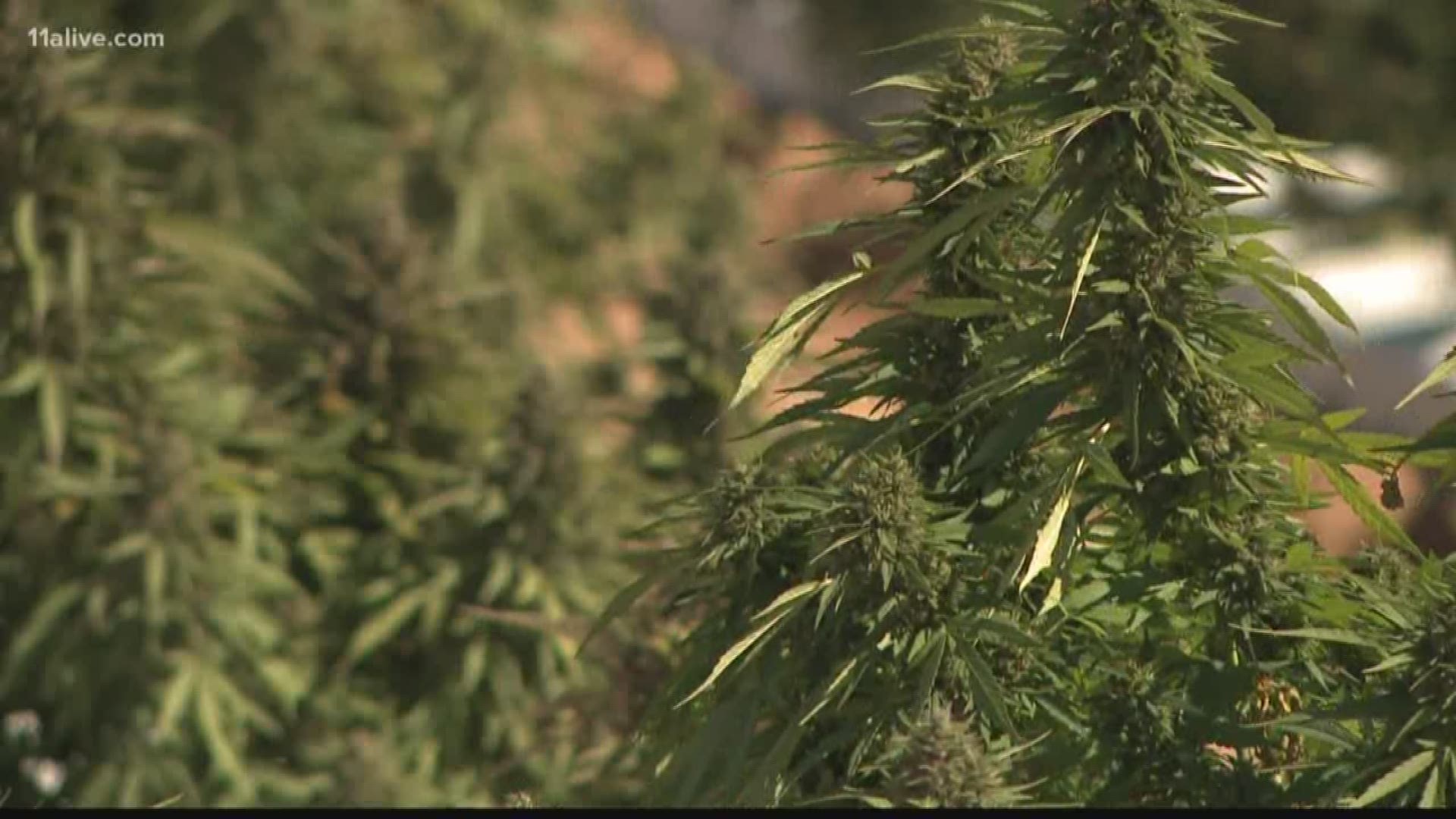 ATHENS, Ga. — For decades, the University of Georgia has tested new varieties of cash crops and plants at a farm near Athens. This year, it added a new crop.

"This is industrial hemp," said Dr. Timothy Coolong, a horticulturalist who had been specializing in onions before he became Georgia’s trailblazer in the production of hemp.

"I’m actually pretty pleased" with the production, he said, surveying the leafy rows of hemp.

Dr. Coolong nursed this field of hemp, plus others that spanned the state.  It’s a crop that was outlawed until earlier this year.  Lawmakers had been wary of hemp because it looks and smells identical to marijuana.

But it has an important distinction: Hemp has virtually none of the THC that makes marijuana a popular illegal recreational drug.

RELATED: Verify: Can a CBD supplement cause you to fail a drug test?

Hemp is the ingredient fueling the products in an Athens shop called Your CBD Store.

"With CBD, you're not getting any psychoactive head highs" of THC, said Jackie Parker, proprietor of the store.

CBD stands for cannabidiol, hemp's active ingredient.Hemp’s boosters say the oil from hemp’s florid buds can ease chronic pain, and are a non-addictive alternative to opioids.

"I live with constant pain," said Shauna Standbridge, a customer at Your CBD Store.  "With the CBD oil, there are no side effects. To me it’s just a much better choice" than pharmaceutical drugs.

RELATED: 'Pick your own' hemp field a sign of popularity of CBD

"A lot of the varieties we’re testing were originally bred in Colorado, maybe Oregon, more northern states," said Dr. Coolong. "So we’re kind of looking for (varieties) that would do well in the south, even though it wasn’t originally bred for our conditions."

Georgia farmers will actually be able to legally grow hemp next year for the first time – if they can obtain the state permits required under the new state law.

RELATED: Why is CBD such a big deal?

RELATED: Should you give CBD Oil to your pets?