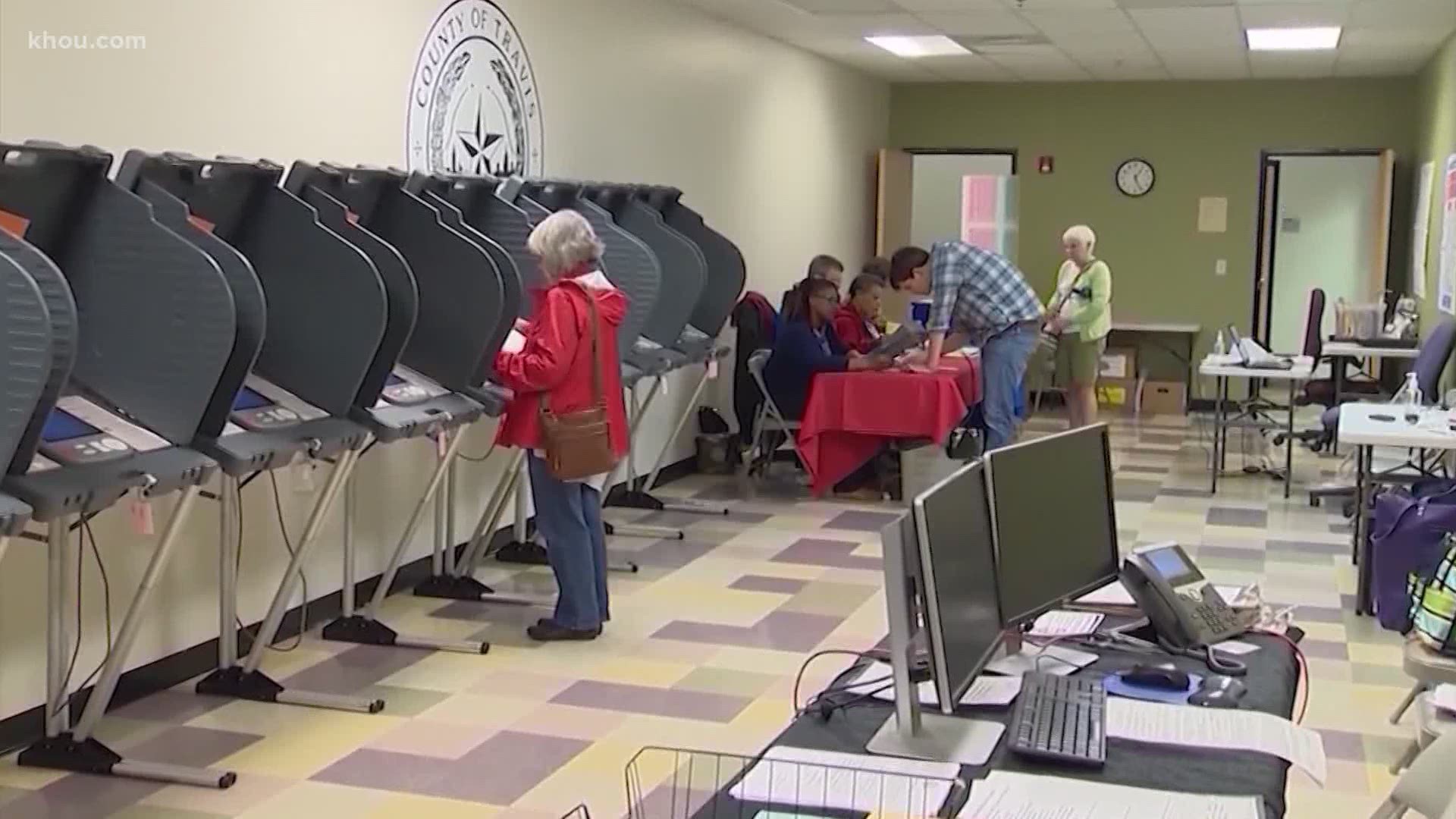 HARRIS COUNTY, Texas — We're one week from Election Day, and Harris County is giving you even more opportunities to cast your ballot early.

Starting today, all 120 voting precincts will be open until 10 p.m.

For some people, even those extended hours may not work, so at eight select locations, polls will remain open for 24 hours beginning Thursday.

They will not close at all Thursday and will remain open until Friday at 7 p.m.

Early voting numbers are already tallying over 1 million and counting in the county, and a lot of it boils down to the hotly contested race to the White House.

Texas has been a Republican strong hold for decades, but tightening polls are showing the presidential race, could be a toss up.

Then a newly released poll by the University of Houston put the president five points ahead of former Vice-President Joe Biden with likely voters.

Political analysts believe these results have a lot to do with voter trends and surveys have found many Republicans are waiting until Election Day next Tuesday to vote.

One experts said democrats are outvoting Republicans by mail two to one, and there's still another week of ballots to come in.

The presidential race could also have an impact down the ballot, with seats in Congress to the Texas State House up for grabs.

And based on the data collected so far, political analysts say turnout will be the key factor in whether Texas stays red or turns blue.