"The police unions, they use power in a way that does not protect and serve in many cases," Popovich said as he advocated for Proposition B in San Antonio. 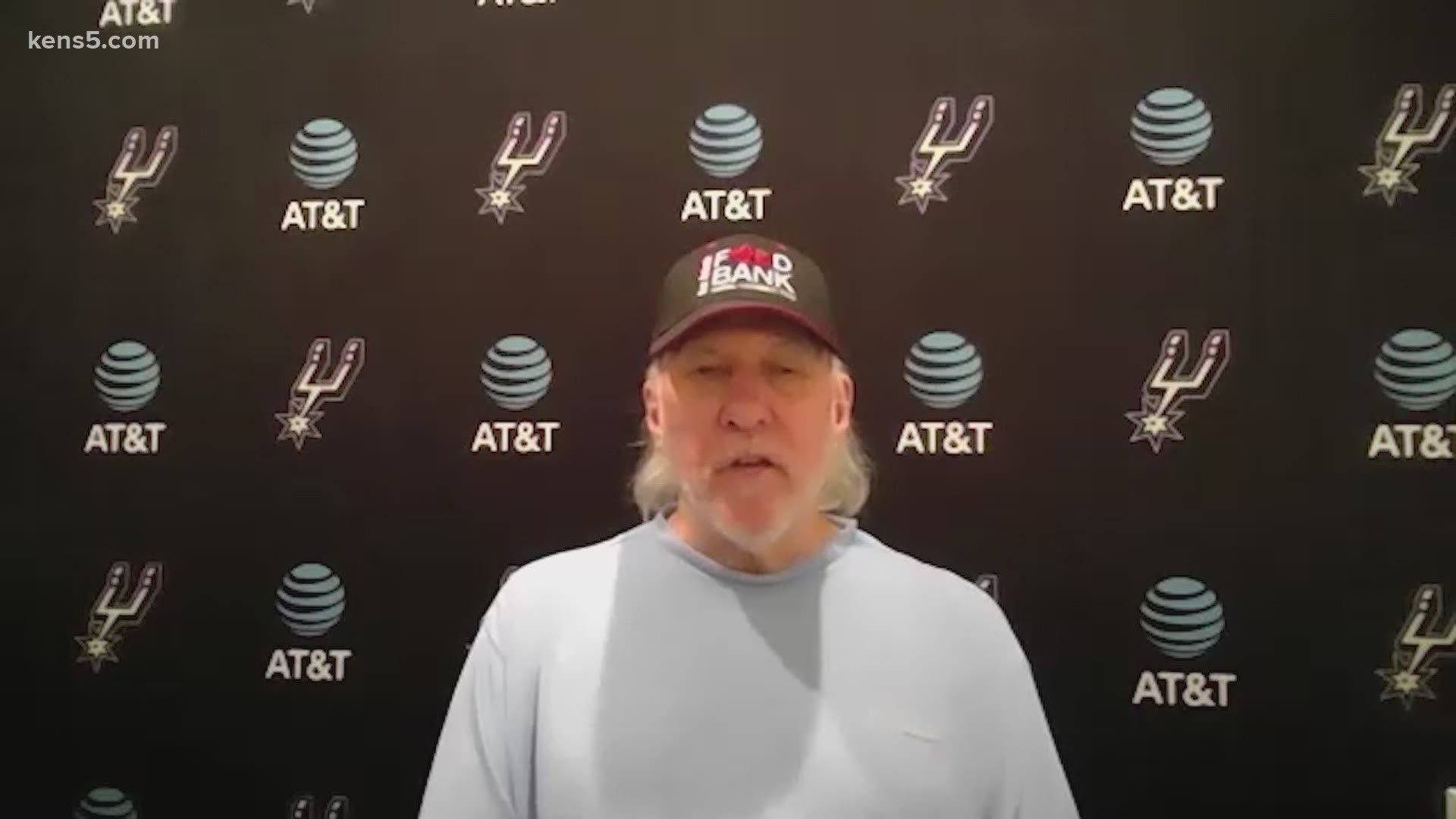 Spurs coach Gregg Popovich on Thursday stood by his support of Proposition B and his criticism of police unions voiced the previous day.

President of the San Antonio Police Officers Association John Diaz responded in a letter asking to meet with Popovich "to explain why he's got Prop B all wrong." He argued that Proposition B is about repealing collective bargaining, not accountability, and noted that basketball players use collective bargaining.

"We're one of the very few cities in Texas that still has collective bargaining," he said of San Antonio.

When asked Thursday if he'd take Diaz up on his offer, he declined.

"Absolutely not, there's nothing I can tell him," Popovich said. "Police unions need to reevaluate. The power has become unmanageable on many different levels, and we've all seen it."

"Mr. Diaz's comments I'm sure are well-meant, and that's exactly what I would expect him to say considering his perspective, but police unions need to stand down a bit and figure out a more equitable outcome on various aspects of policing," Popovich said.

Spurs and Team USA coach Gregg Popovich called the guilty verdict in Derek Chauvin's trial a battle won in a fight for justice that must continue, and criticized police unions while advocating for Proposition B in San Antonio, which would take away the police union's right to collectively bargain.

"All of us had nervous bellies," Popovich said. "You think about what's gone on in the past, and how little accountability there's been over the years, so you're cautiously optimistic that some form of justice might happen, but you're not totally confident, and I think that's if you're a white person."

"People of color, I have to believe, had even more nervous moments and anxiety, and probably doubt about what was going to happen, because of the past. When the verdict came down you saw the joy just kind of explode in people," he said.

"I had a friend who mentioned to me, said, 'Its a relief for all of us that it seems like a bit of justice has been done, but imagine being a 70, 80, 90-year-old Black person who has seen so much ugly in their lives, in every way shape and form, socially economically, etcetera, and then add COVID on top of it to see all the disparities, what a joy it had to be for someone like that to see this outcome in this trial.'"

"And then, when I thought about it some more, I think it's a time to understand that that was maybe a victory in a war that's got to continue to be waged in the sense of demanding equality in justice and rights, because it hasn't happened yet," he said.

The Minneapolis Police Department's first statement on the fatal arrest of George Floyd has gone viral since Derek Chauvin was found guilty of murder. In it, police described a "medical incident" and did not mention an officer kneeling on Floyd's neck. https://t.co/cFtBDGMZhW pic.twitter.com/tSU3V0gO5X

"But for that video and the outcry that came after, we wouldn't have been there, we wouldn't've seen this trial, it probably wouldn't've happened," said. "How many times has that been the story over many years?"

"It tells you that this incident in some ways was a respite from the carnage, that has gone on seen and unseen, which means there's so much work to be doing because it is structural, it is culture, it is recruiting, it is accountability, or these things wouldn't happen," he said.

"The hubris that was displayed by this man, the disregard for any accountability that might happen at all, the lack of humanity, the impunity that you see in the act, and in his face, tells you that there's something wrong, culturally, structurally, because it happens in so many places, it's happened with so many people," he said.

"The police unions have to be held to task, we can't listen to the bullcrap anymore," he said. "The argument about 'defunding', you know, whoever came up with the defunding phrase was ignorant because it's just used now to fight against accountability for police departments."

"Even here in San Antonio, our police chief has basically got his hands tied behind his back, because he knows what's going on, he knows what's right and wrong about the department, but the arbitrators have the power," he said.

"The police unions, they use power in a way that does not protect and serve in many cases. The power has to be taken away as much as possible, just like with the NRA," Popovich said.

"We can't believe and deal with the tactics they've used in the past, whether it's (character) assassination in the case of Sheryl Scully, or calling out defunding, which is deceptive which is a lie, just like Trump's 'the virus was a hoax, the election was stolen,' and there are people that want to hear that and follow, and it's dangerous, and it causes death," he said.

"More than anything we have to remember to be on guard, to call it out, that justice has not been realized yet. That was a victory, I'm thrilled for George Floyd's family, but he's not with us, and it's because of the culture. It's not jut a single, one off act of one man, we've seen it too many times," he said. "Police unions have to be called to task, we have to be brave about it and do what needs to be done."

Popovich was asked specifically about Proposition B, a ballot measure in San Antonio that would remove the police union's right to bargain collectively for a new contract.

"Proposition B, it looks like a step in the right direction, so a yes vote on that I think is prudent, but it doesn't get you where you need to be. We're one of the very few cities in Texas that still has collective bargaining, I think there about three, I'm not sure, but I think two or three still have collective bargaining," he said.

"We have to go further. People can't be intimidated, there has to be accountability," he said.

RELATED: Proposition B battle heats up as early voting begins

"We need to go further, and hopefully that can happen in negotiations, but Proposition B is the first step, I guess," he said in closing.