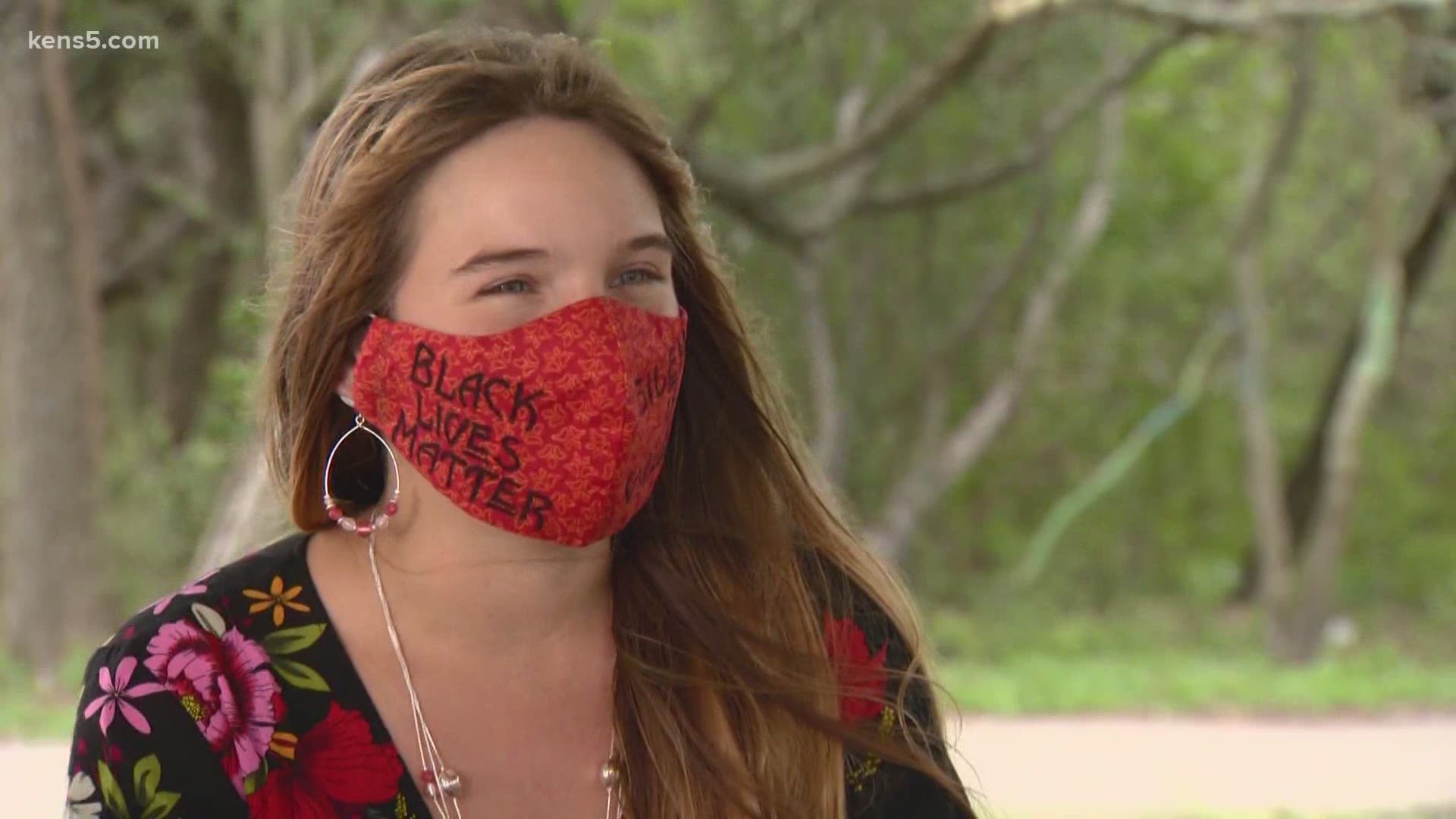 SAN ANTONIO — Lillian White said she never fathomed wearing a Black Lives Matter mask would cause such an uproar and lead to her termination from Great Hearts Western Hills just about a week before students were set to return to class.

“It was really stressful because I have a financial obligation to help support my family,” White said. “It’s also kind of heartbreaking that this is the kind of – this is the reason that I lost my job.”

White has worked in the education field for ten years. This year would have been her second year serving as an art teacher at Great Hearts Western Hills on San Antonio’s north side. Great Hearts operates a network of charter schools in Texas and Arizona.

“For about a week and a half I was wearing these masks and no one said anything. A couple of the other teachers came up and asked for some if I had any extras and I made them some,” White said.

One Friday, White said she received a text message from the assistant principal of Great Hearts Western Hills.

“We’d like you to stop wearing these masks anymore, parents will be coming around more and we don’t discuss the current political climate,” White said.

Despite being told not to wear the mask more than once, White continued doing so, stressing she’s committed to the cause surrounding Black Lives Matter.

“This is human rights and it should be something that is promoted at our school. It’s an excuse to not talk about it by saying this is politics, talk about it on your own time. It’s just an excuse because they’re uncomfortable with the conversation,” White said.

“Great Hearts respects the privacy of all current and former employees and as a result does not issue public comment on specific personnel matters. On the question related to face coverings, Great Hearts enacted, in this unprecedented pandemic environment, a policy that face coverings have no external messages. This policy was authored by school leaders and teachers in service to the learning environment of our classrooms.

Great Hearts was founded and exists today to serve the innate dignity and worth of every human being. We stand with the Black community and all who are suffering. Great Hearts deplores bigotry and its crushing effects on all those subjected to it. Great Hearts is committed to an America where racism, violence, and injustice do not happen, because such acts find no home in the hearts of a great people.” – Statement from Great Hearts Texas Superintendent, Daniel Scoggin

White has received a mix of support and dissent from people in the community after posting her story online. While searching for employment, she's continuing to fight for what she believes is right.

“I’m still trying to get them to enact some kind of anti-racism action plan so even though I don’t teach there anymore, I think that all this backlash, especially the negativity from parents and the fact that I was fired because of this, means that this is a conversation they still need to have,” White said.