VERIFY: You can use FedEx, UPS to mail your ballot in Texas

Texas allows voters to mail ballots using carriers like FedEx and UPS, in addition to USPS. The Postal Service said mail could take about seven days to arrive. 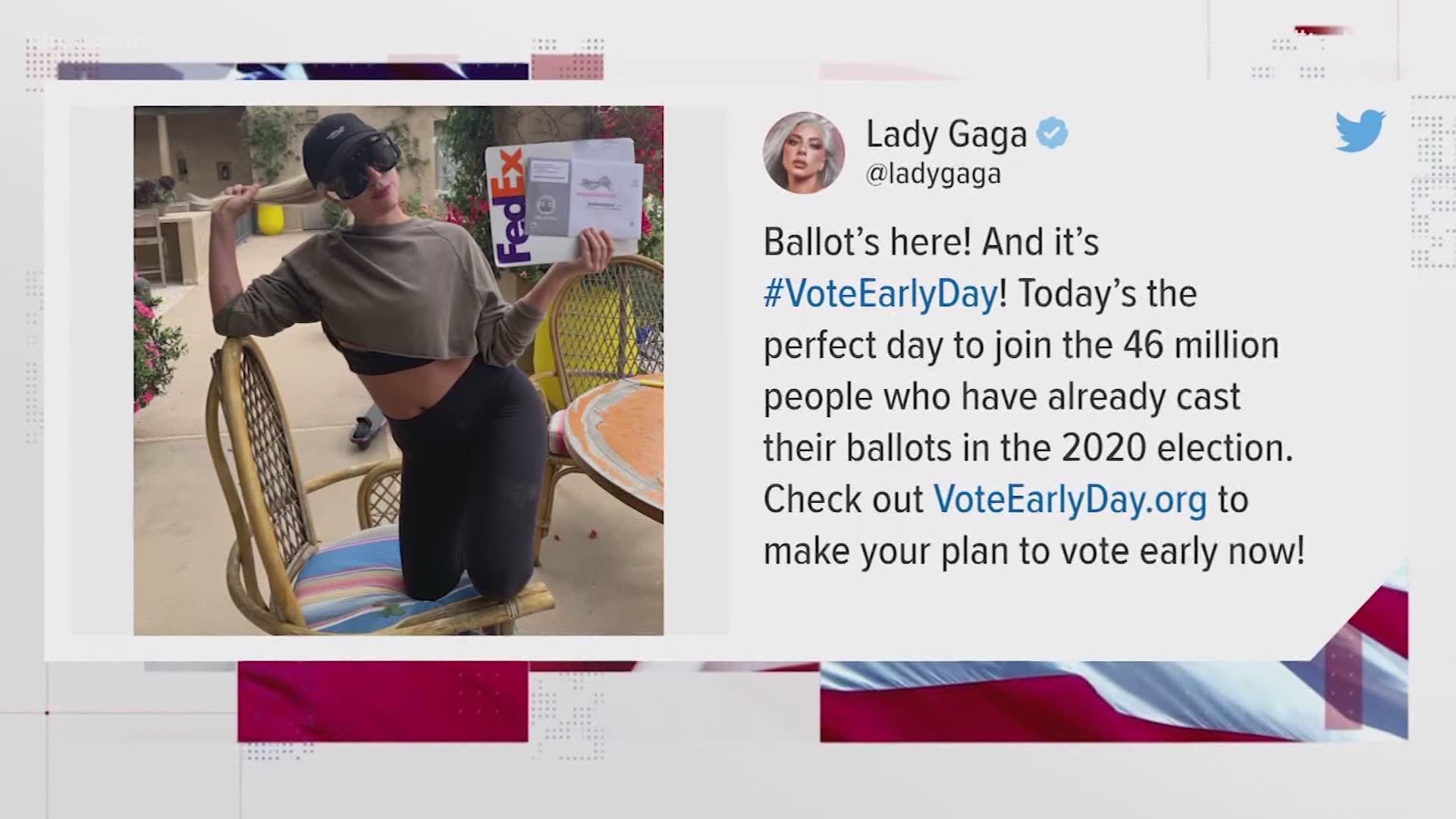 HOUSTON — Under Texas Election Code, voters can use common or contract carriers, such as FedEx or UPS to mail their ballots. That came into question on Oct. 24, when Lady Gaga tweeted a picture of herself holding her mail-in ballot and a FedEx envelope.

The concern was that ballots mailed without a U.S. Postal Service postmark might not be counted.

That depends on which state you are voting in. Some states don't allow it. In Texas, voters may use carriers such as FedEx or UPS to send their ballots, according to Texas Election Code.

The Texas Secretary of State's office directed us to that portion of the code, and Harris County Clerk Chris Hollins also confirmed that, saying, "it is fairly common."

"Our general recommendation is that, as a common-sense measure, you mail your completed ballot before Election Day, and at least one week prior to your state’s deadline.

"The Postal Service recognizes that Election Mail, and ballots, in particular, are time-sensitive. We are committed to the expeditious processing and delivery of Election Mail, particularly ballots. However, to minimize the risk that a ballot will not arrive before your state’s deadline, we recommend that, as a best practice, voters act early if they plan to use the mail to return their completed ballot."

I just checked with @TXsecofstate and @CGHollins @HarrisVotes -- using a common/contract carrier such as @FedEx or @UPS is allowed for #VoteByMail in #Texas #verify @KHOU #khou11 https://t.co/pVvCdze2E5

If you plan to use a carrier like FedEx or UPS, Texas Election Code says voters must also include an individual delivery receipt for that particular carrier envelope.

Harris County Clerk Chris Hollins said his office issued roughly 250,000 mail-in ballots. According to the latest data from the Secretary of State's office, 158,190 have been turned in as of close of polls on October 27.