Black, Asian, and Latino voting advocates mobilized hundreds of thousands of new voters in the past few years. 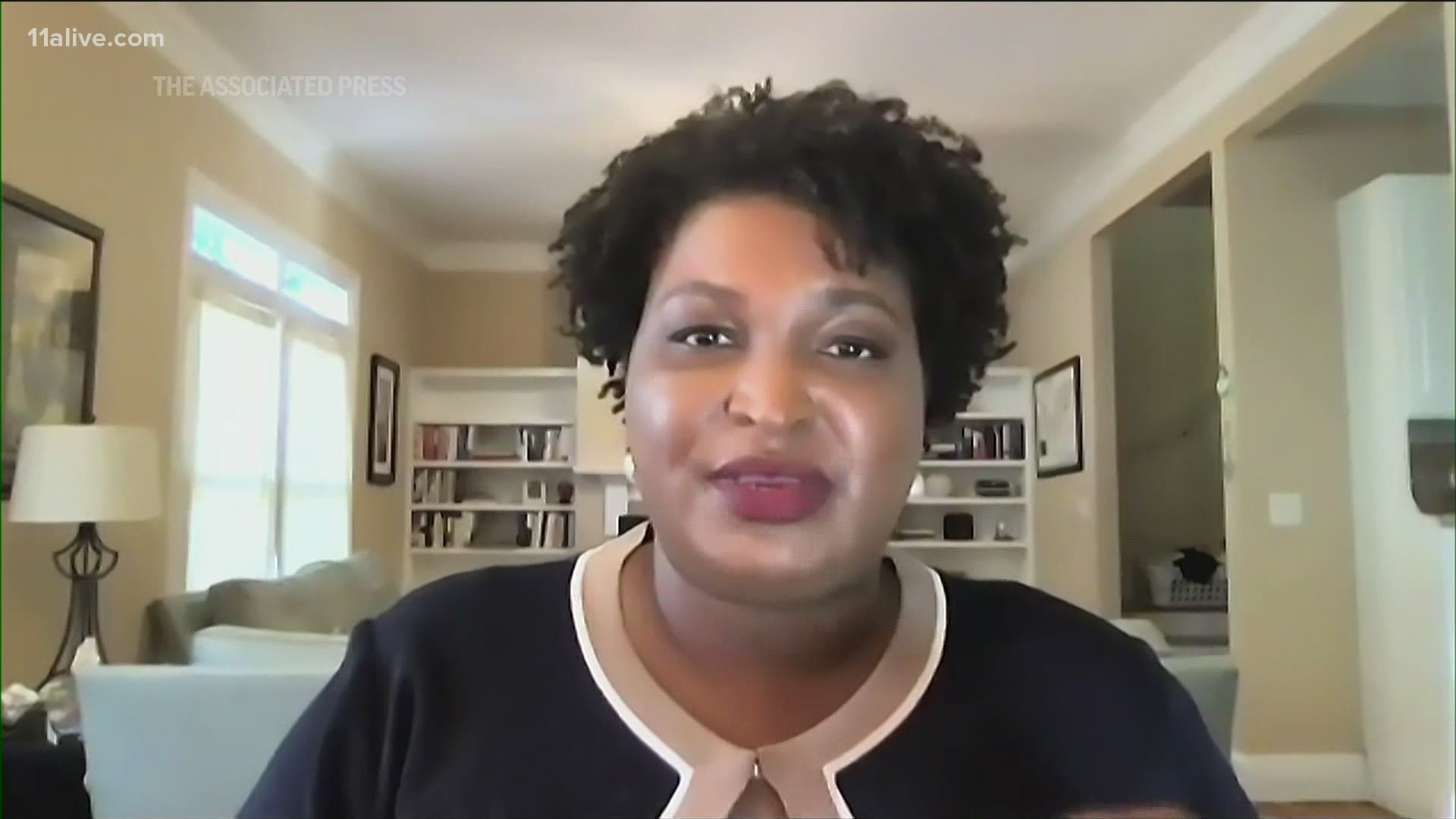 ATLANTA — Many people credit Stacey Abrams with getting Georgians registered to vote - to the point of naming a day after her. But she's directing the credit elsewhere.

On Friday, thousands in the Black community praised her on social media, dubbing it "Stacey Abrams Appreciation Day"

But, in a tweet, Abrams said the success is not just hers; it belongs to many minority voting rights organizations Black, Asian, and Latino voting advocates mobilized hundreds of thousands of new voters in the past few years.

"Investment makes a difference because it signals a belief in the capacity of voters to actually make choices when they know those choices are real and when we mitigate the effects of voter suppression,” Abrams said, talking to the Associated Press in October about voter registration and expanding voting rights.

Abrams founded Fair Fight Action, a group credited with registering nearly half a million voters in the past few years. Hers is just one of many organizations working tirelessly in minority communities.

“When we started as an organization, there was only 10,000 Latinos registered to vote, now there’s 250,000," said Jerry Gonzales, CEO of the Georgia Association of Latino Elected Officials (GALEO).

"The gains have been really tremendous, especially in places like Gwinnett," she said.

Cho and Gonzales both said one of the biggest challenges is getting voting materials and candidate breakdowns to people in multiple languages.

"We have to do that with at least ten different languages every time," Cho said.

AAAJ and GALEO registered first-time voters, both young and old, who never voted due to language barriers.

As for this election, Gonzales said it's proof that minority voters will show up and are paying attention to issues affecting their communities.

Now, minority voting rights groups are focusing on the runoffs.

“It’s in CD6 and CD7 which are heavy immigrant areas," said Cho.

Gonzales said he hopes politicians start considering minority groups when campaigning, as this latest election proves they will show up and voice their opinions on the ballots.

“Politicians that are running for office, they should be working to earn the respect and trust of the Latino voters, and reach out to Latino voters, because unfortunately, we didn’t see much effort this election cycle," he added.

They will break down the voter turnout by race after the election is certified on Nov. 20, giving a clearer picture of just how many new minority voters showed up this election cycle.