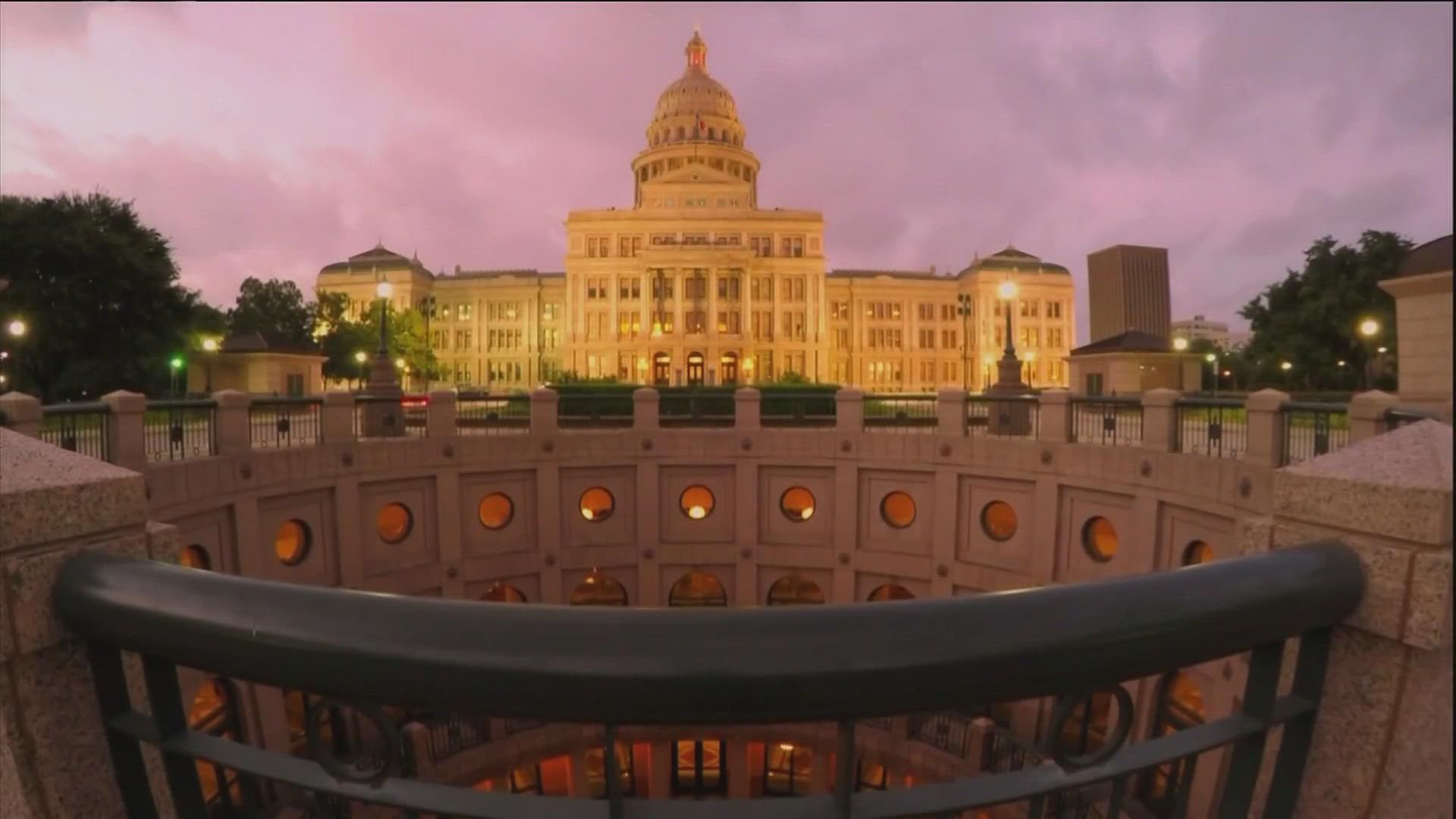 Appearing together in Austin, Cornyn repeatedly bashed Hegar as a puppet of Democratic leaders in Washington, D.C., suggesting her views are too liberal for Texas. She in turn challenged him to train his attacks on her and argued he has lost touch with the state after 18 years in the Senate.

Cornyn stuck to his efforts to yolk Hegar to U.S. Senate Minority Leader Chuck Schumer and House Speaker Nancy Pelosi, warning they want to "make Texas more like California and New York." He argued "respect is on the ballot" — respect for Medicare recipients, energy workers and law enforcement officials who he said would be hurt by national Democratic policies.

"Hi, I'm MJ Hegar, I'm a Purple Heart combat veteran and a working mom of two, and I am your opponent," Hegar told Cornyn at one point. "I am the person you're running against, as inconvenient as that is for you. It's my ideas and my support in this state that you're going to have to face in this election."

The debate covered several issues that have dominated headlines in recent months. On the pandemic, Cornyn touted the early coronavirus relief package that he supported in Congress and lamented gridlock over more recent proposals, while Hegar suggested it is "time for him to step aside" and let people like her negotiate aid.

Both candidates were asked if they would support another "national lockdown" if there is another coronavirus surge and scientists recommend such a move. Cornyn said he does not "believe that we need any lockdowns" going forward, citing damage to the economy and emphasizing personal responsibility. Hegar responded by suggesting Cornyn was giving short shrift to science and saying, "Yes, I think we need to partner with public health experts."

Asked if they support a national mask mandate, Cornyn said he did not, saying the United States — as well as Texas — is a "big diverse place" and advocating for local control. Hegar did not give as precise of an answer, agreeing that "different parts of Texas are different" and calling for a "national strategy" that takes into account science and metrics.

When it came to the Supreme Court, the two rehashed familiar arguments over whether Republicans were being hypocritical by rushing through President Donald Trump's latest associate justice nominee, Amy Coney Barrett, so close to an election. But they also elaborated on some ancillary issues, including court packing and term limits for Supreme Court justices.

Hegar had already said she was not for adding justices to the Supreme Court "at this point," but the moderators pressed her to say how she would vote if she were her party's deciding vote.

"I think it would depend on the way the arguments were presented to me," Hegar said. "Right now the only arguments I'm hearing are how it would benefit one party over another." 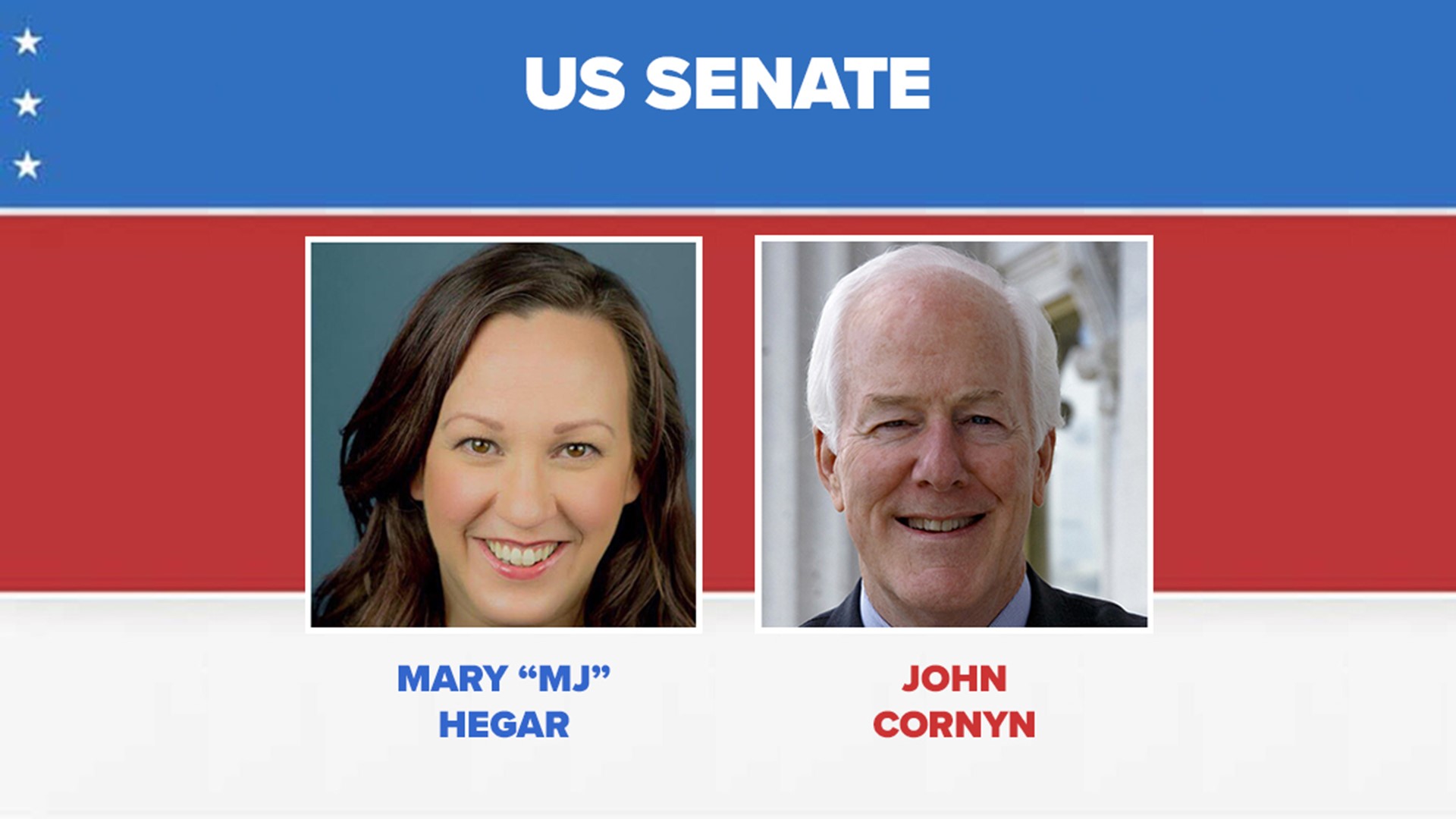 Also on court reform, Hegar has advocated for term limits for Supreme Court justices. Asked for his thoughts on the idea, Cornyn expressed openness.

“I think that’s something we should talk about because unfortunately too many people now see judges as making policy from the bench,” Cornyn said, adding that the idea is "a legitimate subject for discussion.”

The debate, which was held at the Bullock Texas State History Museum, was the first — and potentially only — in the race. Hegar has pushed for two more debates, and while Cornyn has said he is open to further debates, they have not agreed on any yet.

The debate came four days before early voting begins for the Nov. 3 election.