Nearly 1.2 million are now registered to vote in Bexar County, according to election officials. 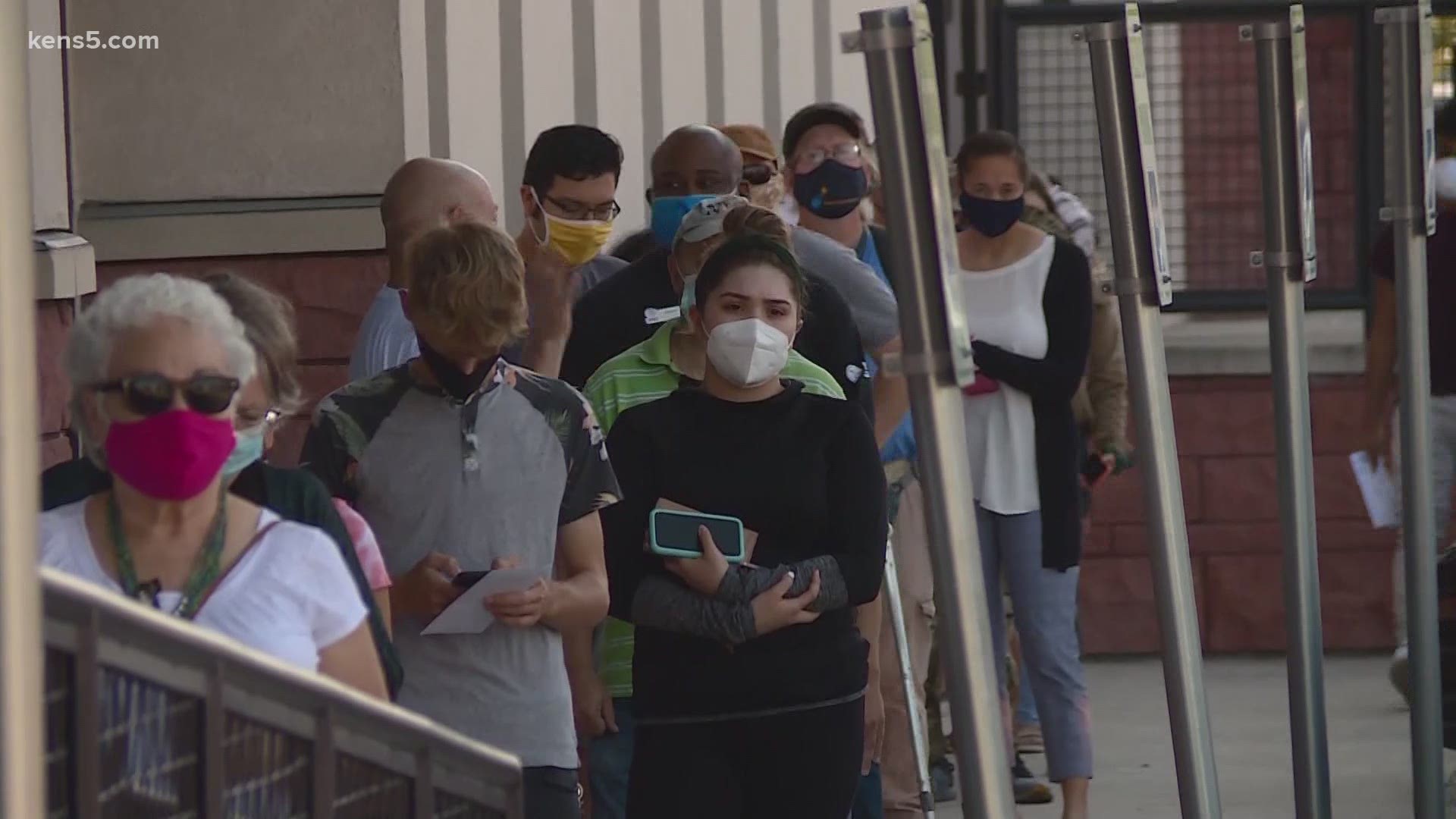 SAN ANTONIO — Long lines trailed outside the Bexar County Elections Department Monday as hundreds of people registered to vote and delivered their mail-in ballots four weeks before the general election.

The last-minute rush attracted over 1,000 people to register as voters and more than 500 hand-delivered mail ballots, according to elections officials.

Andrea Archibeque stopped by the elections department with her son.

“Ever since I turned 18, I’ve been voting,” Archibeque said.

“I printed it online, filled it out online, signed it and then just turned it in,” she said.

Politics is something 57-year-old David Guajardo never cared about until now.

“My heads been in the sand most of my life here and there, not paying attention to what’s going on around me. Now, I really am,” Guajardo said.

The lifelong Bexar County resident was picking up his meds and decided to stop by the elections office.

“It’s fairly easy, you wait in line for 10 minutes, fill out this paper, they bring you pencil and pen, you go put it in and they give you the paperwork to go vote. That’s it,” Guajardo said.

While Guajardo acknowledges the importance of local and state elections, he’s more focused on the presidential race. He hopes his vote makes a difference.

“It’s a miracle bro, land of the free and you've got that freedom to vote,” Guajardo said.

As of Monday, the elections department has recorded nearly 1.2 million voters in Bexar County.