Charles Butt penned a letter to the Supreme Court of Texas saying County Clerk Chris Hollins is trying to protect the most vulnerable from unnecessary exposure. 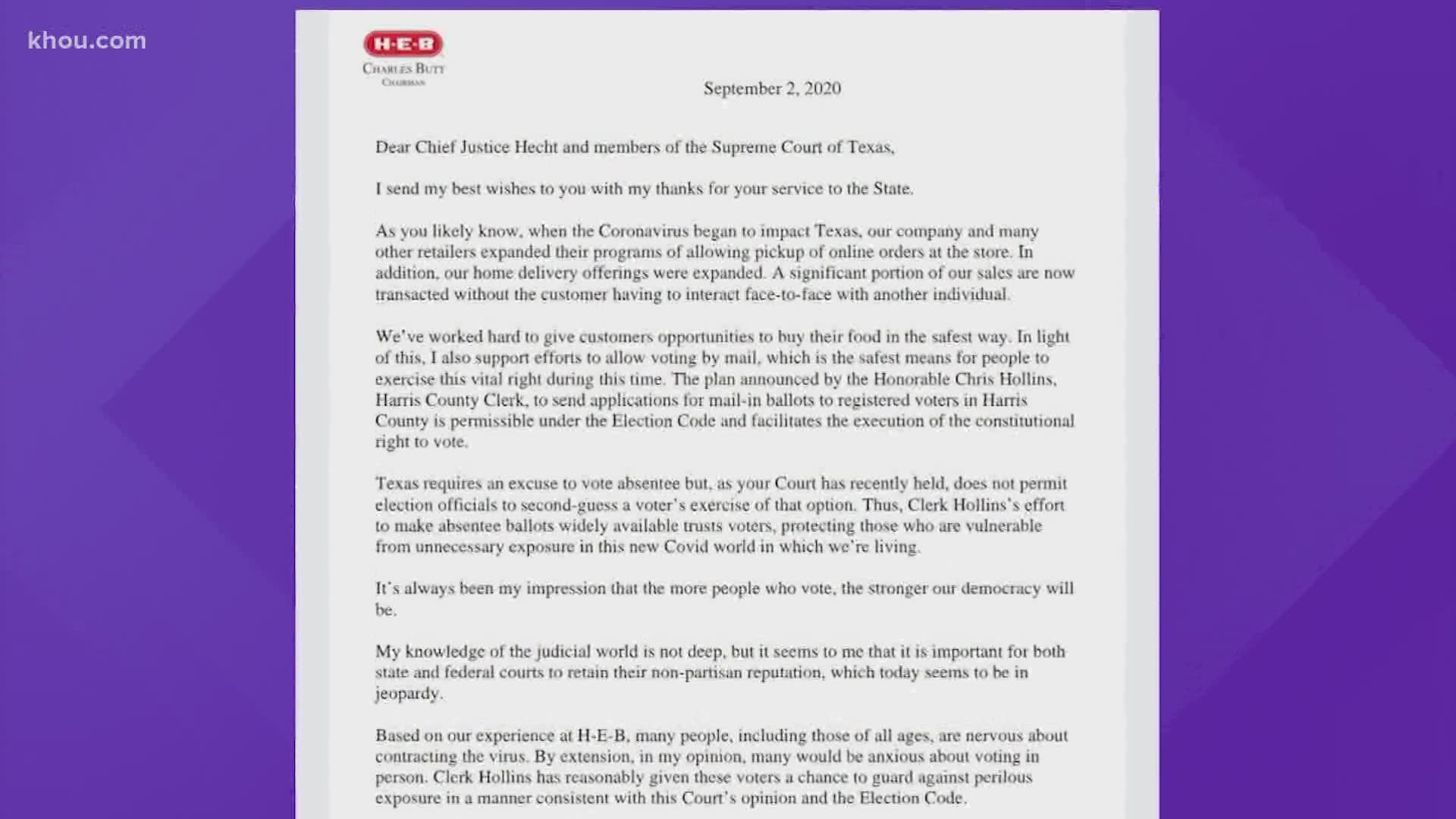 HARRIS COUNTY, Texas — The CEO of H-E-B is jumping into the mail-in ballot controversy in Harris County.

Charles Butt is siding with Harris County Clerk Chris Hollins on sending mail-in ballot applications to all residents who are eligible to vote.

Butt said at the start of the pandemic, H-E-B and other retailers adjusted their services to make sure customers didn't have to interact face-to-face with other individuals and he feels the state should do the same in terms of voting.

In a letter sent to the members of the Supreme Court of Texas, Butt wrote, "We've worked hard to give customers opportunities to buy their food in the safest way. In light of this, I also support efforts to allow voting by mail, which is the safest means for people to exercise this vital right during this time."

Butt continued to write that the plan announced by Hollins to send mail-in ballot applications to all voters is permissible under the Election Code and Hollins is reasonably trying to give voters a chance to guard themselves against the virus.

Read the full letter below.

Hollins' plan to send mail-in ballot applications to all voters was temporarily blocked by the Texas Supreme Court Wednesday.

The decision came in response to a lawsuit filed days ago by the Texas attorney general.

Attorney General Ken Paxton has since launched his own legal challenge to the plan.

After being sued by Paxton, Hollins said he would only send applications to voters 65 and older, who are currently eligible to vote by mail under state law, pending the litigation.

The uproar over the Harris County plan is the latest front in the battle over mail voting during the pandemic in Texas. Democrats and voting rights advocates have been pushing in the courts to allow more people to vote by mail, an option that is currently limited to those who are 65 and older, disabled, confined in jail but otherwise eligible, or out of their county during early vote and Election Day.

The Texas Tribune contributed to this article.