"A vote for Donald Trump is a vote against the very ideals upon which our democracy was founded," the head coach of the Spurs said. 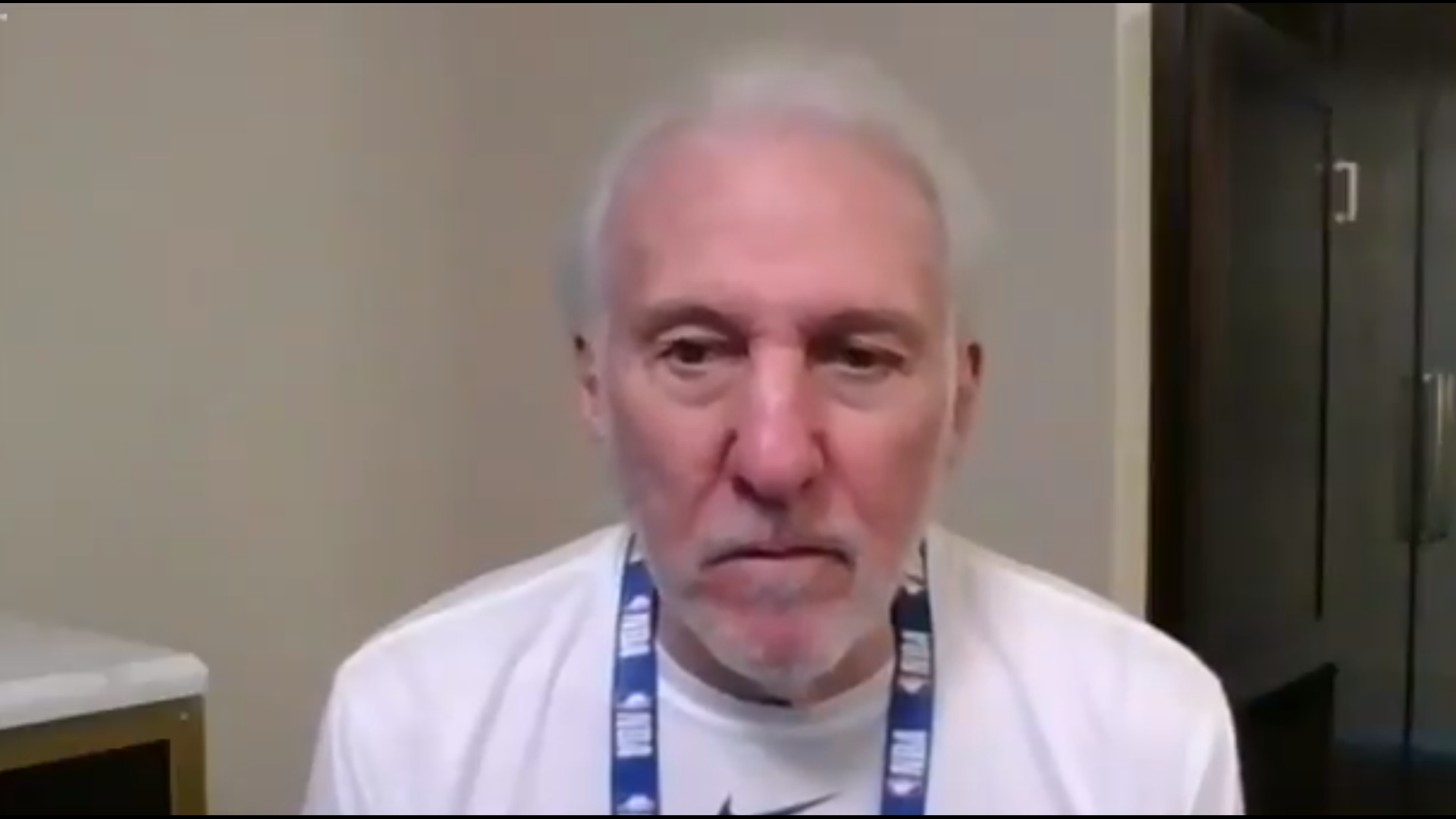 Popovich, an Air Force veteran, slammed Trump's alleged description of service members as "suckers" and "losers" and appealed to decency and the rejection of white supremacy in a one-minute ad put together by The Lincoln Project, a group of anti-Trump conservatives.

Popovich's full statement is below in full:

"Our country is at a crossroads, and each of us must decide where we stand. I stand for truth over lies. I stand for equality, and categorically reject white supremacy. I believe in compassion and decency.

"I believe our veterans are true American heroes, not suckers, not losers. I believe all Americans deserve access to affordable healthcare. I believe a presidency should be transparent, not veiled in deception.

"Now it's time for you to decide where you stand. For me it's pretty simple: a vote for Donald Trump is a vote against the very ideals upon which our democracy was founded.

"Our democracy is at stake, so please stand with me, united in the land of the free and the home of the brave.

"I stand with Joe Biden."

Popovich is one of the most outspoken political voices in the NBA, and has been critical of Trump since the last election cycle. When the NBA started back up in the Orlando bubble, he made regular efforts to talk about racism and the government's response to coronavirus.

His official endorsement of Biden comes as historically-red Texas appears to be in play for the former vice president. It's already a high turnout election in the Lone Star State, especially among younger voters.