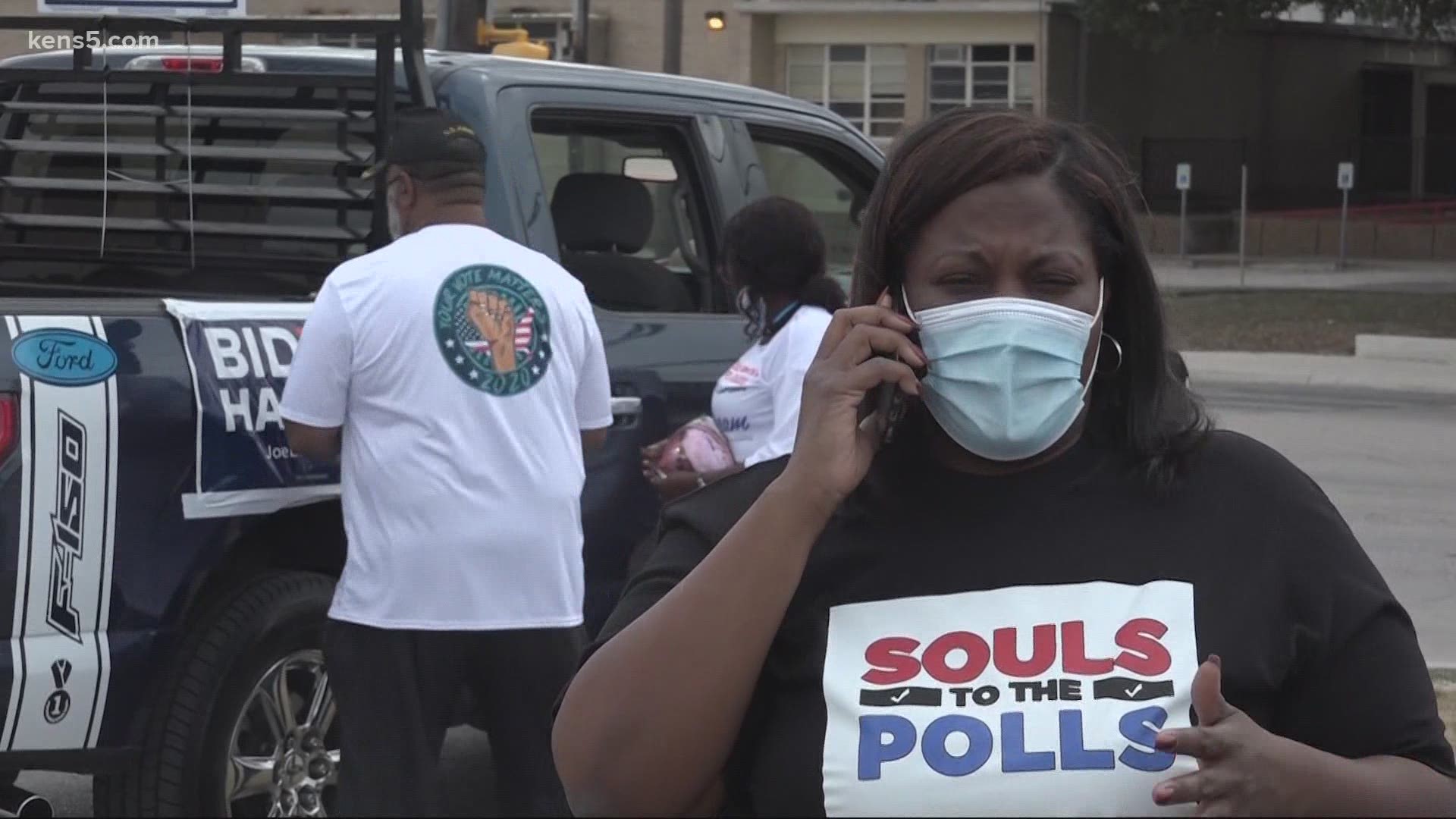 BEXAR COUNTY, Texas — Even amid a global pandemic, Bexar County residents are exercising their right to vote.

As of 2 p.m. Thursday, October 29, more than 608,700 residents have cast their ballots -- either in person or by mail -- during the early voting period, according to Election Administrator Jacque Callanen.

That figure, which accounts for a 51.2% turnout, has already surpassed the total number of ballots cast in 2016, which was 598,691 accounting for a 57.7% turnout of all registered voters.

With less than 24 hours left of early voting and all of Election Day to go, it's anyone's guess how high this year's total number of voters will get.

On Election Day, polls will be open from 7 a.m. to 7 p.m. Residents who are in line when polls close will be allowed to cast their votes.

For more information, you can head over to the Bexar County Elections Department's website.