Phyllis Viagran grew up in the district, which includes parts of the south and southeast side of San Antonio, and she'll be replacing her own sister on City Council. 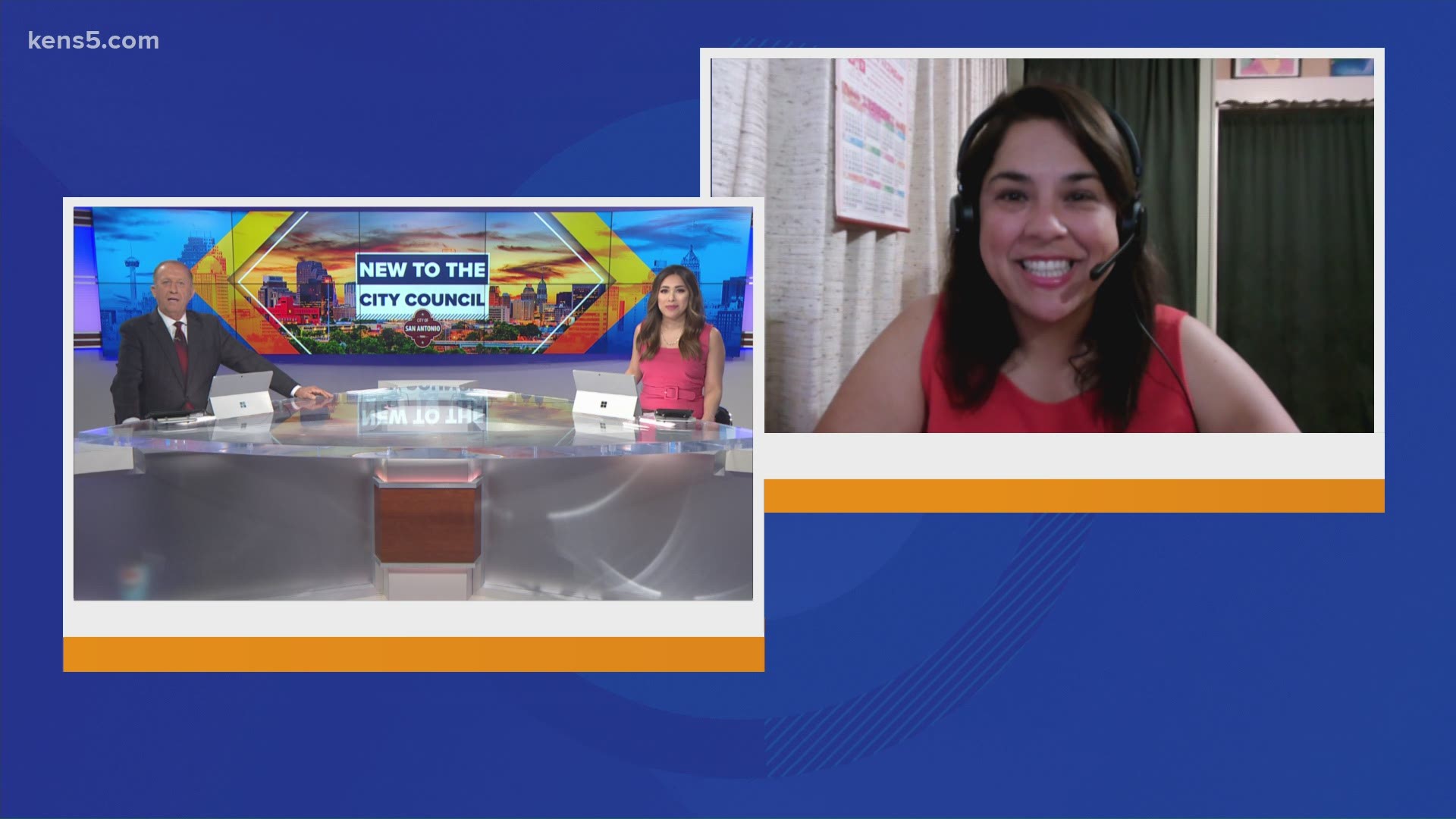 SAN ANTONIO — The San Antonio City Council is going to add some new faces. There are four newly elected members who are going to be sworn in soon.

Phyliss Viagran will be replacing her sister, Rebecca J. Viagran, who is the current councilwoman of District 3.

KENS 5 Eyewitness News This Morning sat down with Councilwoman-elect Phyllis Viagran to talk about her future plans for District 3 as she noted the fact that she was born and raised in the district.

See the full interview in this video. The article continues below.

"You know, that's that's got to be a big bonus. You've got to really know the area. It's got to help you representing the place," Phyllis Viagran said. "My whole life has been here in District 3, giving back to the district, serving the city. And I'm just excited to to be serving in this capacity."

She told KENS 5 how eager she is to represent the San Antonio community, and she's "looking forward to people getting back involved" now that many are vaccinated.

KENS 5 asked Viagran about her sister previously holding the seat. With her taking over, we wanted to know how she plans to stand out for the district, as well as some of the positions that she plans to work on this year.

"I think first and foremost is definitely that digital divide. It was amplified during the pandemic. We're still doing a lot of things online, and some of the areas, the school districts don't have access," Viagran said. "So I want to make sure that we address that with all the money coming in from the federal government, also getting back to infrastructure, the streets, the sidewalks and things like that."

She also noted that her sister "served in a very different time and capacity." But, the priority still remains on "World Heritage," bringing growth, development and businesses.

"We just need to take care of the infrastructure issues that we saw amplified during the pandemic," Viagran said.

KENS 5 also asked her what she is looking forward to the most holding the position. She said, "It's very exciting. You know, I'm very familiar with city council because of my sister and because I used to work for the city. So I know how things work."

"It has been different to actually be the councilwoman-elect, and going to meetings and watching and understanding kind of the role I play now. We get sworn in next week. So it's pretty fast and furious right now."

As businesses open up due to the pandemic slowing down, KENS 5 wanted to know how Viagran plans to get people back to work in the Alamo City.

"I think it's key to work with the Alamo Workforce Solutions, COPS/Metro (Alliance) is part of that, Alamo community colleges. So I really want to make sure that we're meeting with them and seeing what they have plans with," Viagran said. "The other thing is meeting with the residents and talking about the hesitancies they have about getting back to work. If they still have kids at home that haven't really entered into the classroom."

She noted that all school districts and charter schools will meet in-person next fall. So, she told KENS 5 she wants to make sure that the situation is handled well.

Viagran also mentioned she wants to make sure senior citizens feel comfortable getting back to their senior centers and regular work life.

"There's a lot of work to be done, a lot of meetings to take, but I think that we can do it. And the one thing that I've seen is San Antonio is ready to be out there again and ready to work," Viagran said.