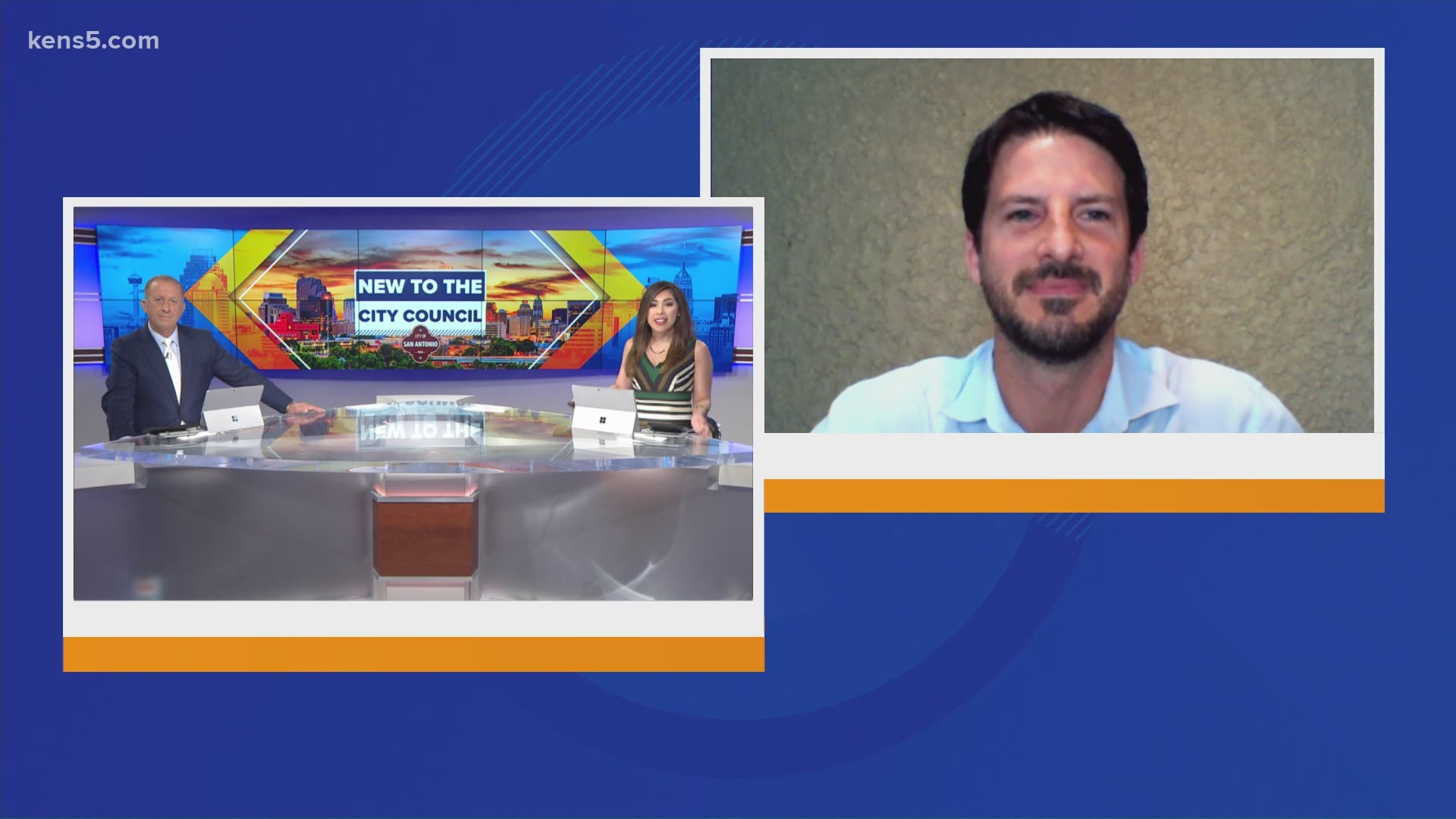 SAN ANTONIO — The San Antonio City Council is going to add some new faces. There are four newly elected members who are soon going to be sworn in.

In District 1, Mario Bravo defeated longtime Councilman Roberto Treviño in Saturday's city runoff election. The council district is in central San Antonio and incudes parts of downtown and extends all the way up to Loop 410 to the north. Many of the issues within the district deal with increasing property taxes, the homeless population and overcrowding in the district.

Bravo joined the Eyewitness News team Wednesday to talk about what he believed led to his victory and how he plans to address the concerns of resident of District 1.

See the full interview in this video. The article continues below.

Interview edited for clarity and length.

KENS 5: You unseated someone who had been on the council for several years. What do you think made your campaign so successful?

Bravo: I think that one was that we made clear was that we were going to represent everybody across the district. We wanted people to know that their ideas were welcome and that we were there to listen. And that we that we understand that this is a representative form of government and, in local government, more than any other form of government, you should be able to have a voice in your government. And we wanted to make sure that our community would have a voice in our local government here in San Antonio.

KENS 5: No doubt you got out and knocked on a lot of doors. It's a pretty good size area to cover. What did you hear from most folks? What's the biggest hot button issue in District 1?

Bravo: You know, a lot of people are still...we're a city of haves and have nots, and a lot of people still don't have a lot of basics like sidewalks in front of their houses or just haven't had their streets paved in 25 or 30 years. And then there's a lot of people who are struggling with property taxes. Right now, the housing market is really hot. Appraisals, housing appraisals are going up. And, you know, there's some people that are being taxed out of their homes and there's a lot of concern for that. So we need to be focused on that.

KENS 5: You brought up something interesting there, because you represent a district that has a lot of the haves and a lot of the have-nots. How do you bridge that difference between those two, how you plan on making both sides happy?

KENS 5: And, you know, police reform has been such a huge hot topic item in 2020 and going into 2021 as this contract comes up in September and negotiations have already started. And during your campaign, you talked about community-led restorative justice programs. Do you really hope to push for those? And what would those look like?

Bravo: I absolutely hope to push for those. I actually talked to a friend of mine who taught me about them and who's an expert in that already since the election. And really what it looks like is, you know, if you find somebody who's spraying graffiti in the community, instead of arresting them, what you do is you take them over to the people. Community leaders will go and sit down with that individual. And the community leaders could be from the neighborhood association. They could be from a local church. But they sit down with that individual and they make them talk to the person whose property they were vandalizing and understand how they were how they were affecting that individual. And they get them to do something to help make up for doing that. And it could be cleaning up the graffiti. It could be mowing their lawn, it could be things like that.

Then the community continues to stay in conversation with that individual to try and get them from a bad path onto the right path and work with them and make sure that they're that they're going to school, make sure they're doing their homework, make sure that if they need a job, they have a job and help mentor them and get them on the right path. My view is it's less about punishment and more about making somebody who's on the wrong path a good member of the community.