Christopher Herrera said it was unfortunate his disabled mother was unable to take advantage of the county's curbside voting service. Instead, she waited in line. 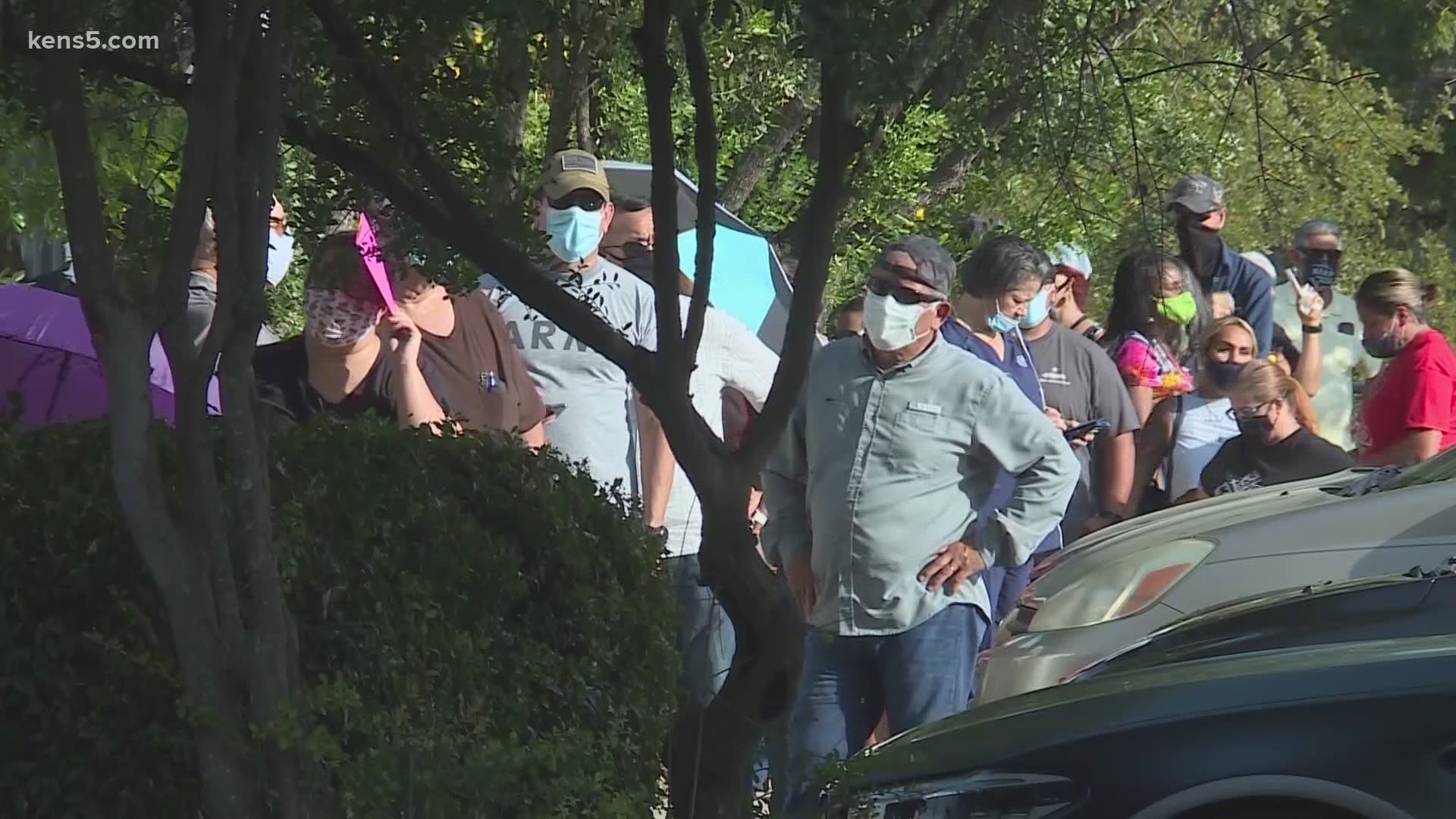 SAN ANTONIO — Members of the Texas Civil Rights Project say Bexar County is lacking sufficient signage for voters who want to opt in for curbside voting, thus submitting their ballot in a more accessible manner.

Their involvement in the matter comes following several complaints received by the nonprofit, according to Josh Levin, the organization’s election protection outreach fellow.

“It should be the elections officials who make sure that this service is known and that it’s available,” Levin said.

“The law specifically states that if you are unable to enter the polling location without likelihood of injuring oneself, then you are able to request that a poll worker come out to you,” Levin said.

The Texas Civil Rights Project has reached out to the Bexar County Elections Dept. in hopes of resolving the issue.

“The county said if we wanted signs then we had to put them up ourselves,” Levin said.

So they did. The response prompted the Texas Civil Rights Project to take matters into their own hands, and volunteers installed signs at more than 20 polling sites in Bexar County.

The bilingual signs inform voters about the local curbside voting program and include a phone number for those who are interested in taking part.

Christopher Herrera spent Friday afternoon in line with his disabled mother at the Cody Library, which is not one of the locations where the Texas Civil Rights Project put up one of the curbside voting signs.

Herrera and his mother tested the waters during the first week of early voting, but say they were turned off by the extensive lines.

“My mother unfortunately has a disability so she can’t wait in line for that long,” Herrera said.

Curbside voting is something Herrera said he wishes he knew about ahead of time so his mother didn’t have to strain herself to have her voice heard.

“I’m actually surprised when you first mentioned it to me that it’s possible. I didn’t know, I thought it was more of an idea than an actual service," he said. "I find it kind of unfortunate that our own governing body does not advocate for such services.”

Bexar County elections officials were not immediately available to provide a response to this story.