Election 2020 | Inside the race for Bexar County sheriff 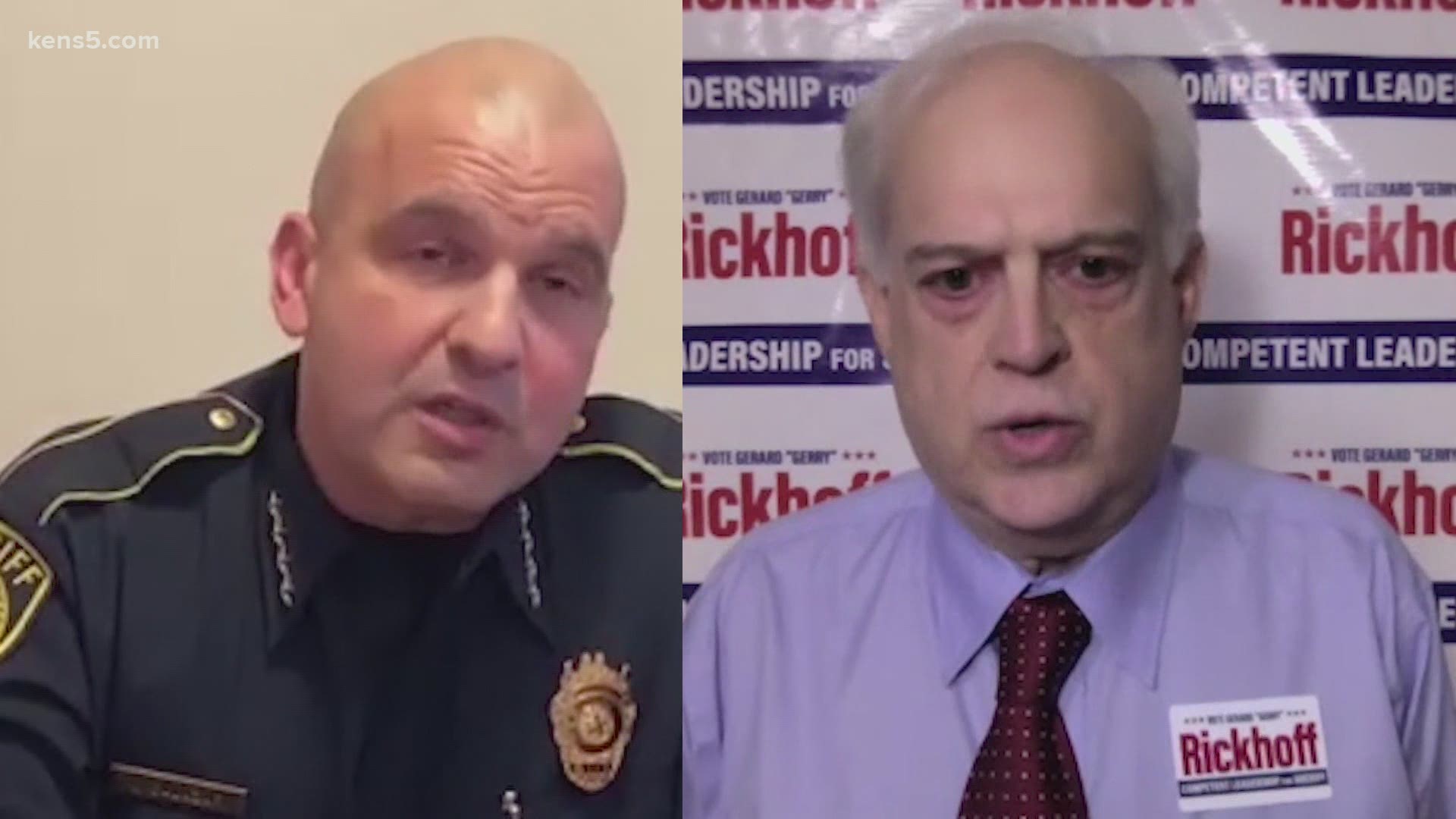 SAN ANTONIO — As early voting begins, one of the races that will affect us most directly is the contest for Bexar County Sheriff.

The two men come from completely different backgrounds and each will tell you, that's what makes him the right man for the job.

Like law enforcement agencies across the country, Bexar County Sheriff's Office is facing challenges of balancing public safety with accountability and reforms.

"We've seen a steady drip of bad news come from this office. Suicides at the jail, the death of an army veteran in his front yard and there have been escapes," said Rickhoff.

Rickhoff, a former County Clerk, has no law enforcement experience. It's something he sees as an advantage.

"I represent a whole different way of thinking. I don't come from a law enforcement box. we need to think outside the box when we approach these societal problems. These are extraordinary times," said Rickhoff.

Salazar says he's fixed the erroneous releases at the jail by bringing in an outside jail administrator.

"Now thankfully, we haven't had erroneous releases for 2020 - knock on wood," Salazar said.

He said he has a plan for tackling jail suicides.

"Inmates that have expressed suicide, we're starting to group them in areas that make it more easy to observe them on a more constant basis," Salazar said.

Salazar has come under intense criticism from the County Judge and others after 3 deputies killed a veteran suffering a mental health crisis in August. Despite Bexar County having 16 deputies trained in mental health, none was called.

"I believe the deputies did a good job in trying to handle that situation," says Salazar.

"We can't turn our backs on recent developments. There are many ways to restrain people that don't involve guns," said Rickhoff.

Salazar also commends his jail staff who brought the jail back into compliance after it failed state standards.

Rickoff, who spent 24 years as an administrator, says the failure exemplifies why his skills are necessary for Sheriff.

"It's absolutely an administrative position. When you are controlling over 300-million dollars and 1800 employees and running a jail that contains 4000 inmates, of course that's an administrative responsibility."

"That's why he's had to go Commissioners Court and asked for an unbudgeted $10 million dollars in overtime pay," said Rickhoff.

The Sheriff's Department has just implemented a new program to deal with calls for mental health crises.

The new initiative has a three-person team - a mental health professional, a paramedic and a specially trained mental health deputy that will be called when someone is suffering under mental stress.