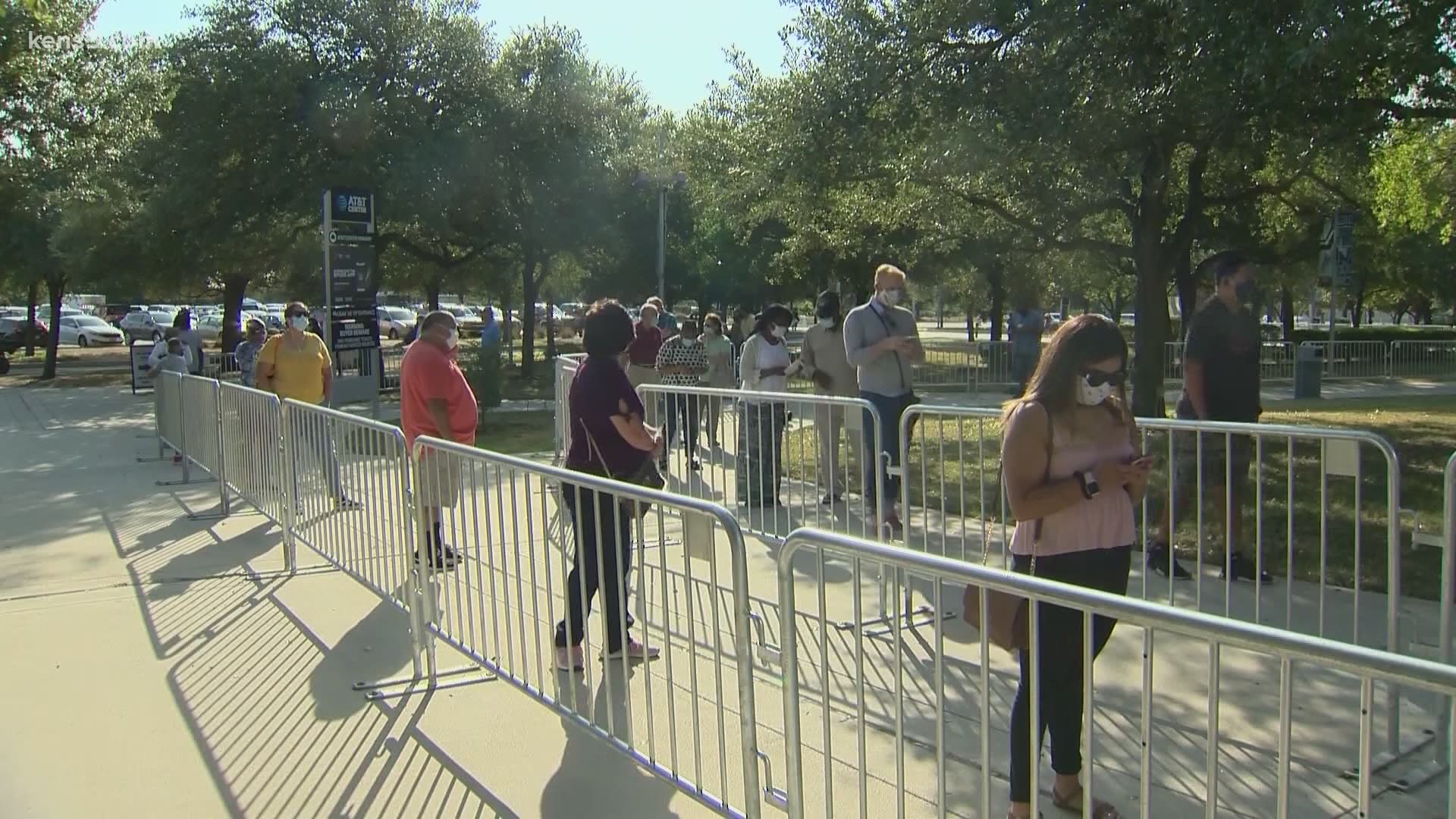 SAN ANTONIO — Bexar County Judge Nelson Wolff on Tuesday stressed improvements can be made to shorten wait times for voters, some of whom say they’ve waited hours just to get inside polling sites on the first day of early voting.

Tod Nash and his wife pulled up to the Cody Library, one of 48 polling sites, intending to cast their ballots on day one of early voting.

“This is the first time we ever tried to vote on the first day,” Nash said.

But those plans quickly changed once they saw the massive line of people wrapping around the street and snaking through the Cody Library parking lot.

“We actually heard from several friends of ours that the lines were pretty long, so we thought we’d come test it out," Nash said. "We’ll be back another day."

Some voters expressed they had been waiting in line for two to three hours at certain polling stations. In all, 33,111 voters cast an in-person ballot Tuesday.

Among those thousands included people who brought chairs, umbrellas and other equipment to keep comfortable while waiting to vote.

VOTER GUIDE: Everything you need to know about the election in San Antonio and Texas

Wolff noted he’s been working with the Bexar County Elections Department to address refinements to the voting process without jeopardizing public health.

On the question of voting suppression in Bexar County, Wolff was adamant in his response.

“There’s certainly no voter suppression from us. We’ve invested $14 million give or take and all the new election equipment that we’ve done,” Wolff said.

He added any skepticism surrounding questionable voting practices should be directed toward the state government instead.

“They won’t let you vote by mail ballot if you say you’re afraid of the coronavirus. That’s a detriment because the more mail ballots we have, the better off it would be,” Wolff said.