“We never knew what was going to happen so it was a lot of fear, a lot of uncertainty," said Jessica Azua, referencing the past four years under Trump's presidency. 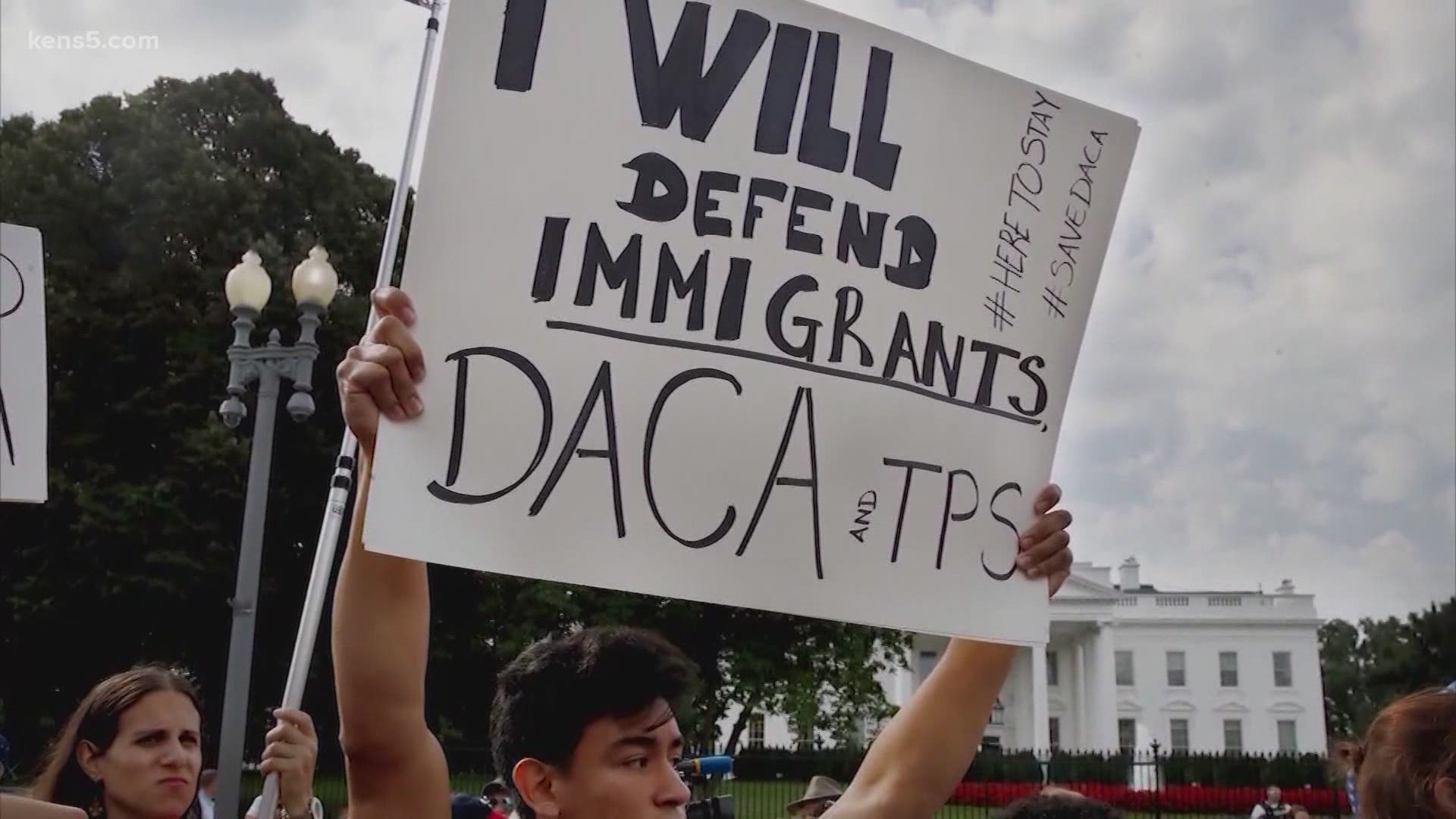 SAN ANTONIO — Jessica Azua felt a massive sigh of relief when she found out Joe Biden was projected to be the next president of the United States.

“As soon as I heard the news that Biden was the now the new president-elect, I felt that I could finally exhale, I felt I was holding my breath for the past four years,” Azua said.

Azua is among the 650,000 DACA recipients across the nation who have been living in fear and uncertainty during the Trump presidency. She moved to the U.S. when she was 14 years old.

“I came here because my dad was already here. We had a conversation about the opportunities, about having better education, about learning English," Azua said, who now works for the Texas Organizing Project as the immigrations director.

DACA (Deferred Action for Childhood Arrivals) is the Obama-era program that protects young people who came to the country unlawfully from being deported. DACA members must reapply for the program every two years in order to stay in the country and qualify for a work visa.

The Trump administration has attempted to abolish DACA through legal means but failed when the U.S. Supreme Court voted against rescinding the program.

The Associated Press reports the Department of Homeland Security did not have the authority to suspend DACA earlier this year.

A New York federal judge said Chad Wolf was not legally serving as the DHS secretary when he signed off on limiting protections for DACA recipients.

“I feel like with Trump he has done a lot of things that have no precedent so we were still being cautious with this administration,” Azua said.

President-Elect Biden has laid out plans to reinstate DACA. But Azua stresses there’s still a fight in the coming years to enact policies that create a pathway to citizenship.

“Restoring DACA is just the floor for us. What we want is that ultimately immigration reform for the 11 million immigrants that live here” Azua said.