One city councilman says that it's going to take $800 million to fix the city's sidewalk problem, but that it would be well worth the money. 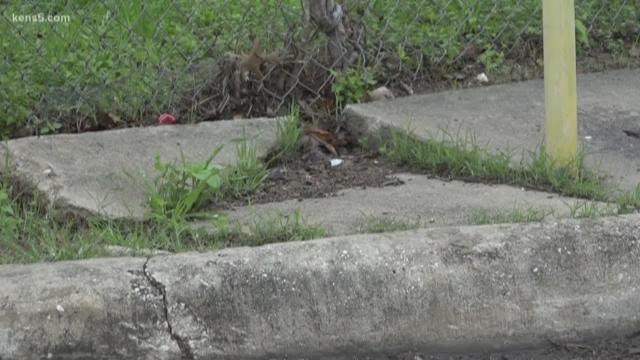 San Antonio is missing nearly 2,000 miles of sidewalk, according to the city.

Many areas of the city don't have sidewalks, but District 1 Councilman Roberto Trevino says that many of his constituents also complain that the sidewalks in their area need to be repaired. He says that sidewalks are the No. 1 issue he gets contacted about from his constituents.

Right now, sidewalks are the responsibility of the property owner, according to the city charter. But Councilman Trevino is trying to revise the charter so that the city can pave the way.

"The city is not known for being pedestrian-mobile or pedestrian-friendly. Let’s change that,” Trevino said. “That means public safety, that means less traffic accidents, that means more active lifestyles.”

This year, the city has put $48 million into sidewalks, but Councilman Trevino says that it could take up to $800 million to get the job done.

While there isn't a clear plan in place about which neighborhoods should get sidewalks first, Trevino says that areas with schools and senior citizens will be given priority.

If you're a resident of District 1, you can fill out Councilman Trevino's sidewalk survey here.