Bernie Sanders and Joe Biden both have a number of campaign events in Michigan the weekend leading up to the primary. 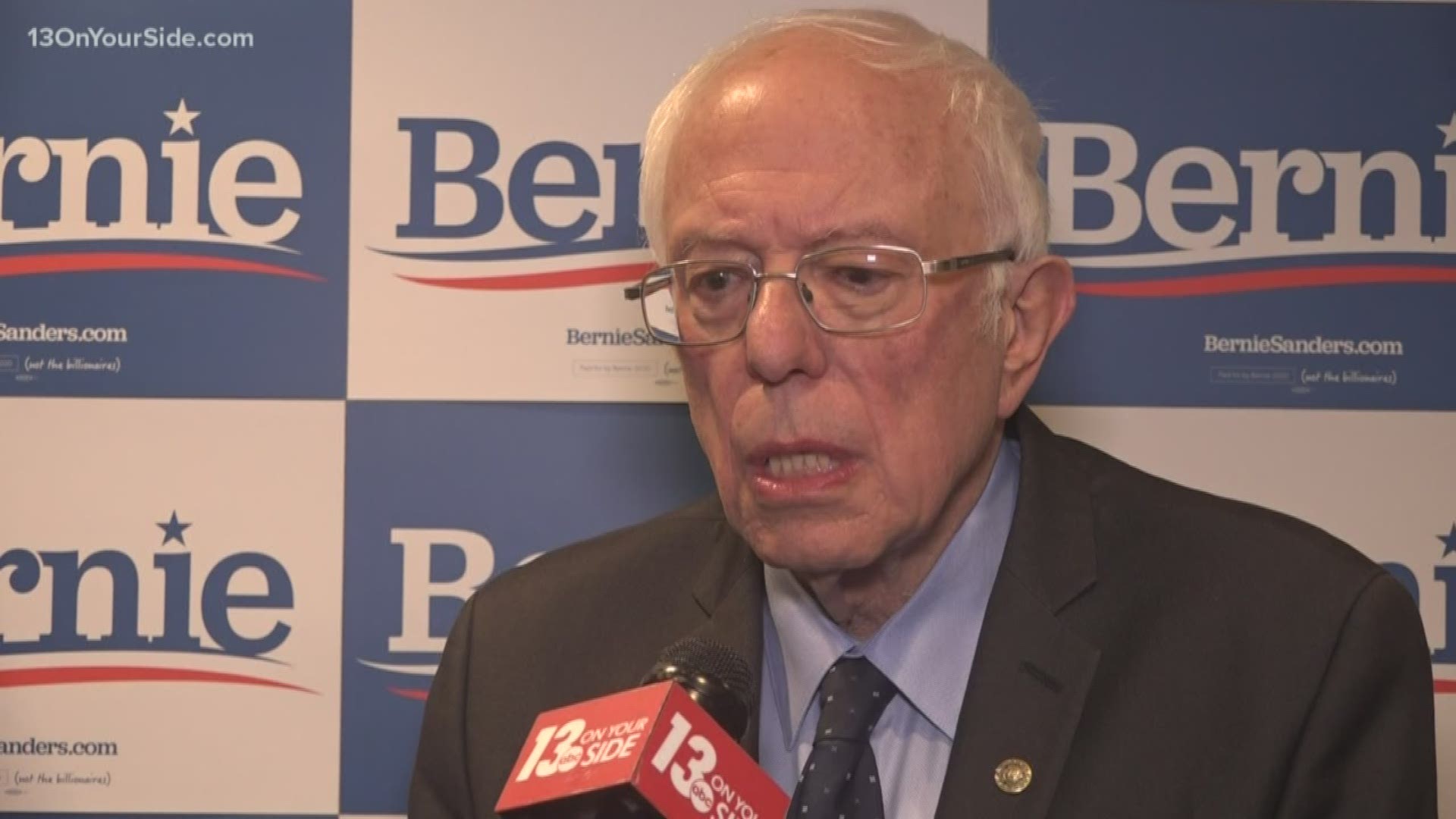 GRAND RAPIDS, Mich. — Sen. Bernie Sanders is hosting five Michigan events in the days leading up to the presidential Democratic primary on Tuesday, March 10. He is having four rallies—one of which was in Grand Rapids on Sunday—and a town hall in Flint.

The Sanders campaign recently expanded his operations in Michigan by opening five field offices, with one of them being in Grand Rapids. He has made several campaign stops in Michigan, but his last visit to West Michigan was in April.

The Grand Rapids rally was at Calder Plaza at Sunday afternoon.

In 2016, Sanders beat Hillary Clinton in Michigan with 62% of Kent County voters casting their ballots for him.

The other leading candidate in the race for the Democratic nomination, Joe Biden, is also making his presence known in Michigan. His campaign held events all across the state over the weekend, and the former vice president is holding two rallies on Monday, in Grand Rapids and Detroit.

Friday and Saturday, Minnesota Sen. Amy Klobuchar is campaigning for Biden in Michigan at three events in Detroit, Southfield and Grand Rapids.

As Super Tuesday wrapped up, leading candidates started putting their focus on Michigan and making stops in the state ahead of the primary.

Michael Bloomberg was scheduled to campaign in Macomb County on Thursday until he ended his campaign.

More stories on 13 ON YOUR SIDE: 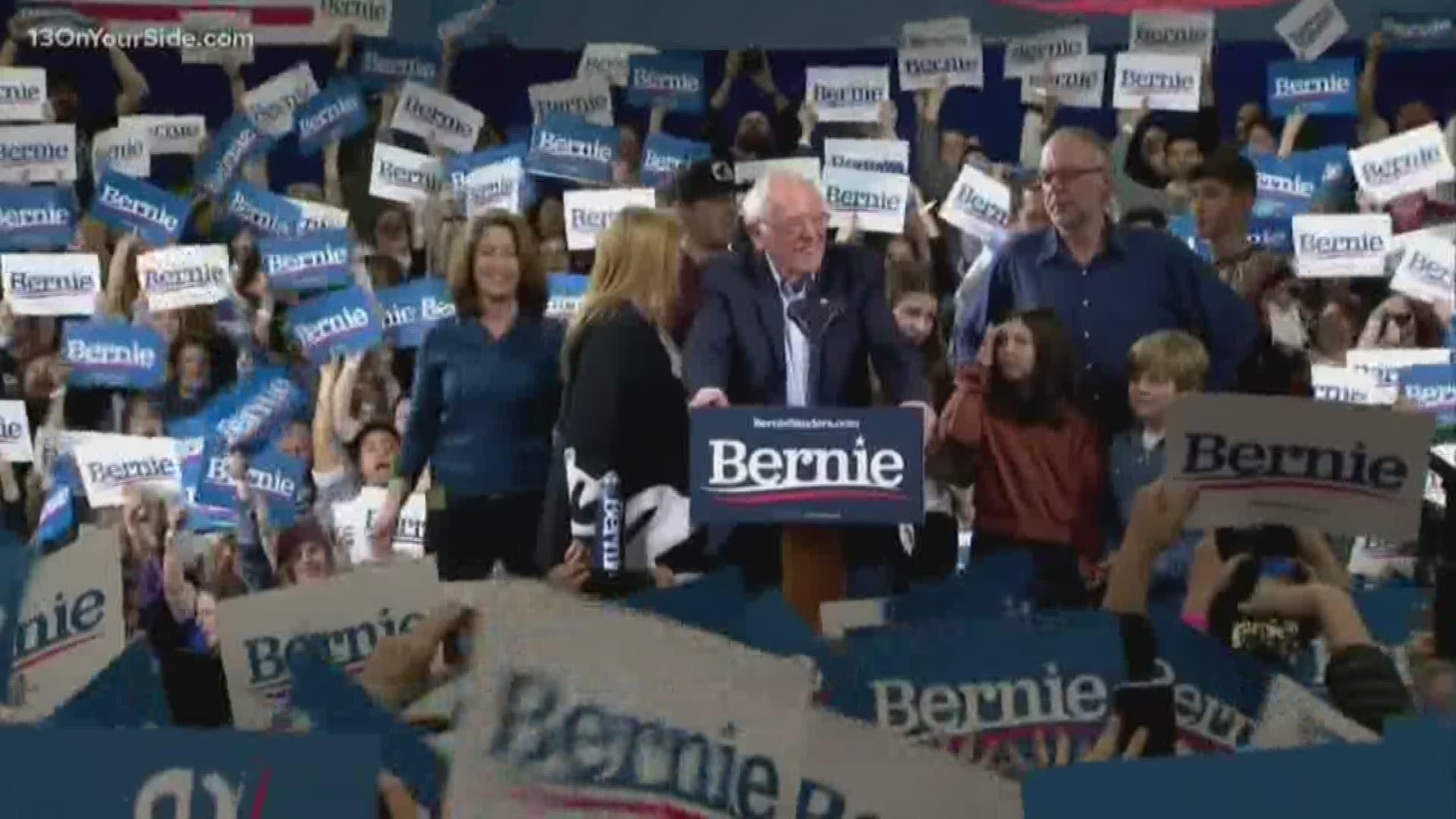