Although President Trump will only serve one time in office, experts say he will have a long-term impact on the federal courts

Appointing many judges wasn't his only goal. He also focused on putting younger judges in place. 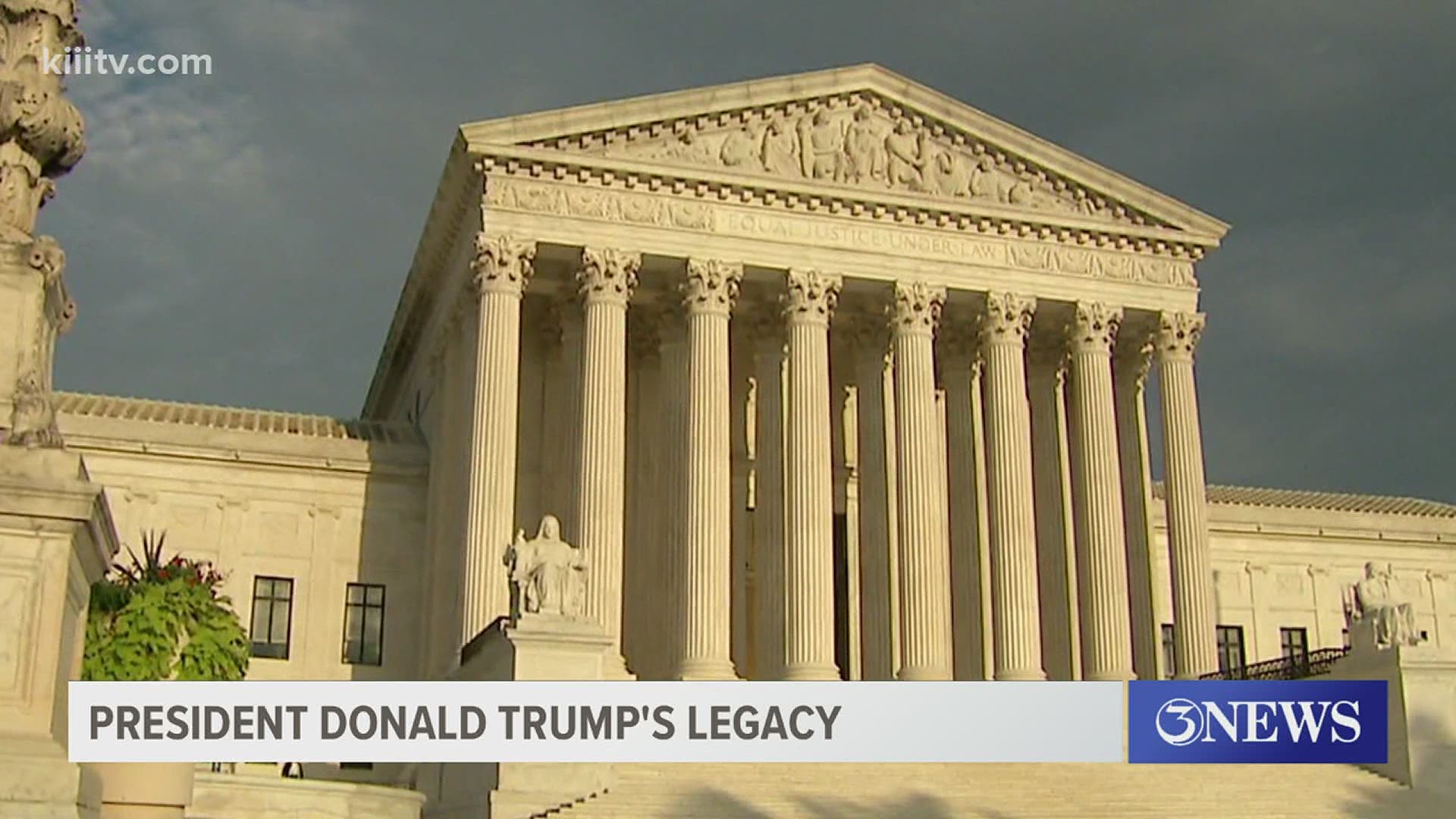 CORPUS CHRISTI, Texas — President Trump appointed about 220 judges to the federal court system, all of which will serve life-terms. These courts include the Supreme Court, Appeals Courts, and District Courts.

"We'll be feeling the impact of President Trump's judicial nominations well beyond the time he leaves office," said Shane Gleason, an assistant professor of political science at the Texas A&M University-Corpus Christi.

Appointing many judges wasn't his only goal. He also focused on putting younger judges in place as well. These judges all contributing to the way laws are interpreted across platforms.

"Talks of right to die, or abortion, or same sex marriage, or religious liberty, or discrimination statutes or adoption, these are cases that are currently before the courts now," said Travis Braidwood, an associate professor at Texas A&M University-Kingsville.

Another lasting impact will be specifically on the Supreme Court.

"Trump has had three appointees in just one single four-year term, so what that's done is shift the Supreme Court to the right," said Gleason.

"It's the most conservative court we've had since just before the New Deal in the 1930."

President Trump exceeded the average appointees for presidents who serve four-year terms. With Joe Biden becoming the president-elect and President Trump leaving an imprint on the judicial system, many people wondered which way the government is leaning.

"It's going to come down to who controls the Senate," said Braidwood.

He said all eyes are on Georgia, as they prepare for Senate runoff elections in January.