Police said the driver of the car and her boyfriend fled the crash scene on foot. The investigation is ongoing. 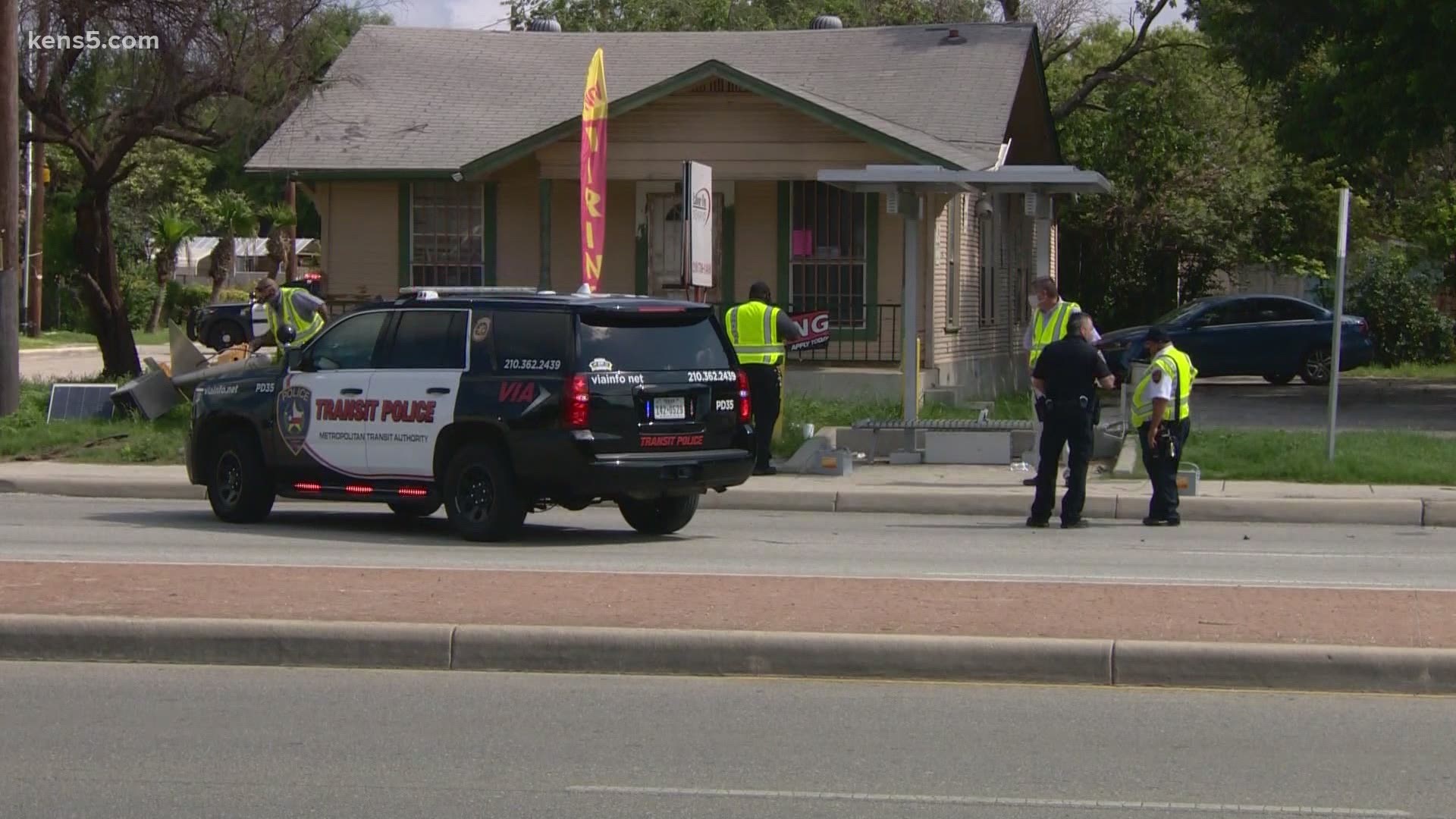 SAN ANTONIO — A woman has been charged with intoxication manslaughter and failure to stop and render aid after police say she hit and killed a woman waiting at a bus stop before fleeing the scene.

Investigators said that shortly after 9 a.m. Thursday, a car was traveling at a high rate of speed and attempting to pass a car by using the center turn lane near the intersection of Culebra and N. Navidad. They said it veered into oncoming traffic, hit the curb, went onto the sidewalk and struck a woman sitting on the VIA bus bench before hitting multiple signs and stopping against a fence.

The investigation is still ongoing, and the victim and suspects have not yet been identified.

VIA officials tell us a person waiting at a bus stop at culebra and Navidad was killed this morning when a vehicle traveling near the bus stop lost control.#kens5eyewitness pic.twitter.com/9kr41CBqSg