Unaccompanied minors can spend days or even months in detention centers after crossing the border. 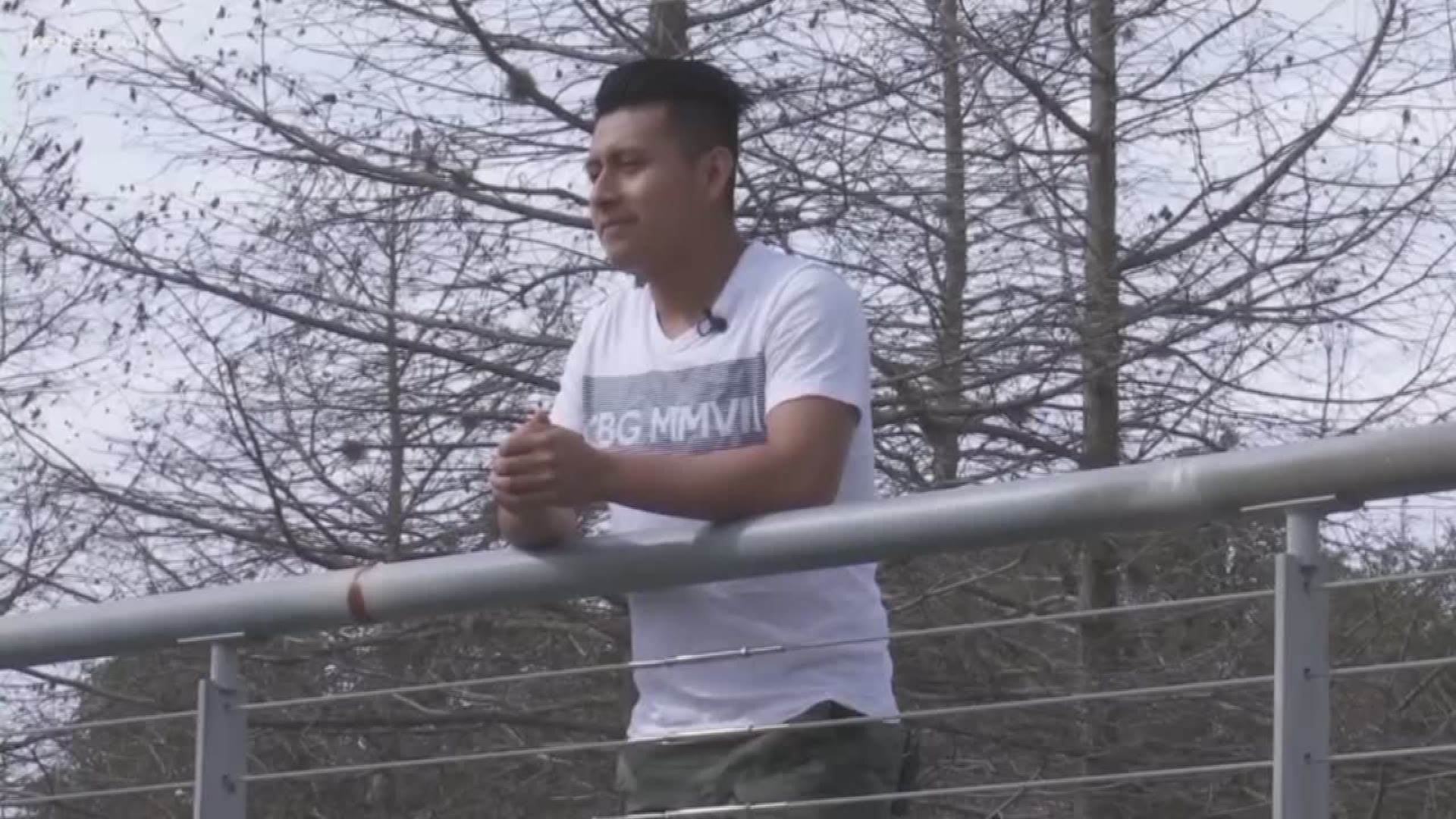 SAN ANTONIO — The process of crossing the border is one some unaccompanied children don’t fully grasp, leaving them in fearful suspense of what the future holds as they navigate the complicated immigration system.

Every month, Border Patrol agents process hundreds of unaccompanied minors. Some turn themselves in, while others are caught crossing the border, like 16-year-old Dinso Pop Yat.

With a prayer and blessing from his mother in Guatemala, Dinso Pop Yat set his eyes on the land of the free.

“There weren’t any jobs. That’s why I decided to come here,” Pop Yat said.

With just $500 in his pocket, a backpack, and a dream, he set out all by himself.

“Sometimes I didn’t eat because I didn’t have enough money,” Pop Yat said as he described the conditions he experienced while traveling.

A journey more than 2,500 miles that came to a halt as he crossed into the U.S. from Piedras Negras, Mexico into Eagle Pass. He described the moment he was captured, adding, “Border Patrol saw me, and a lot of cars came, and surrounded me and others.”

He said, shaken and afraid, agents processed him and placed him in a detention center, adding “they treat you well.”

He spent 12 days in an immigration detention center in distress and unsure of the future -- before RAICES, a San Antonio nonprofit that provides free services to immigrants, took on his case. Just a day later, he was reunited with family in Texas.

Desperate to pursue his dream career, he turned to Posada Guadalupe, a shelter in San Antonio for immigrants, to help him pave the way.

“It sort of evolved into a ministry primary for unaccompanied minors aged out of the detention center,” said Father Phillip Ley.

Father Ley said he knows the struggles in Central America all too well.

“I was kidnapped. I saw people shot down in the street; a good friend of mine was shot in broad daylight. This was in El Salvador,” he said.

The experience fuels him to keep his door open. Posada Guadalupe – a private, religious nonprofit -- is now home to 25 unaccompanied minors.

“We help them out by giving them a place to stay, food we give them counseling, we have a spiritual director. We give them direction,” Ley said.

It was a journey filled with long nights — but a determination Veronica Cardona said shatters the rhetoric that immigrants are criminals.

“Look at the ones that are actually busting their butts to make money and send back home to their families,” Cardona said as tears rolled down her cheek.

It’s been four years since Pop Yat embraced his family, a sacrifice he describes as painful, but rewarding. “I feel something inside me that says I have to get ahead and be someone in life,” he added.

Last year he enrolled at North Vista College, and after four years in the U.S, in and out of immigration court, working towards a goal that could be ripped away at any moment, he received the call he had been longing for. He was granted his residency.

“I was really happy,” he said.

Pop Yat said that he is saving money to finally reunite with his family. He hopes to make that happen later this year.