New Selena mural to be installed in Corpus Christi

The installation of a new Selena mural is expected to begin on Tuesday. It will replace a painting that was put up shortly after her death in March of 1995. 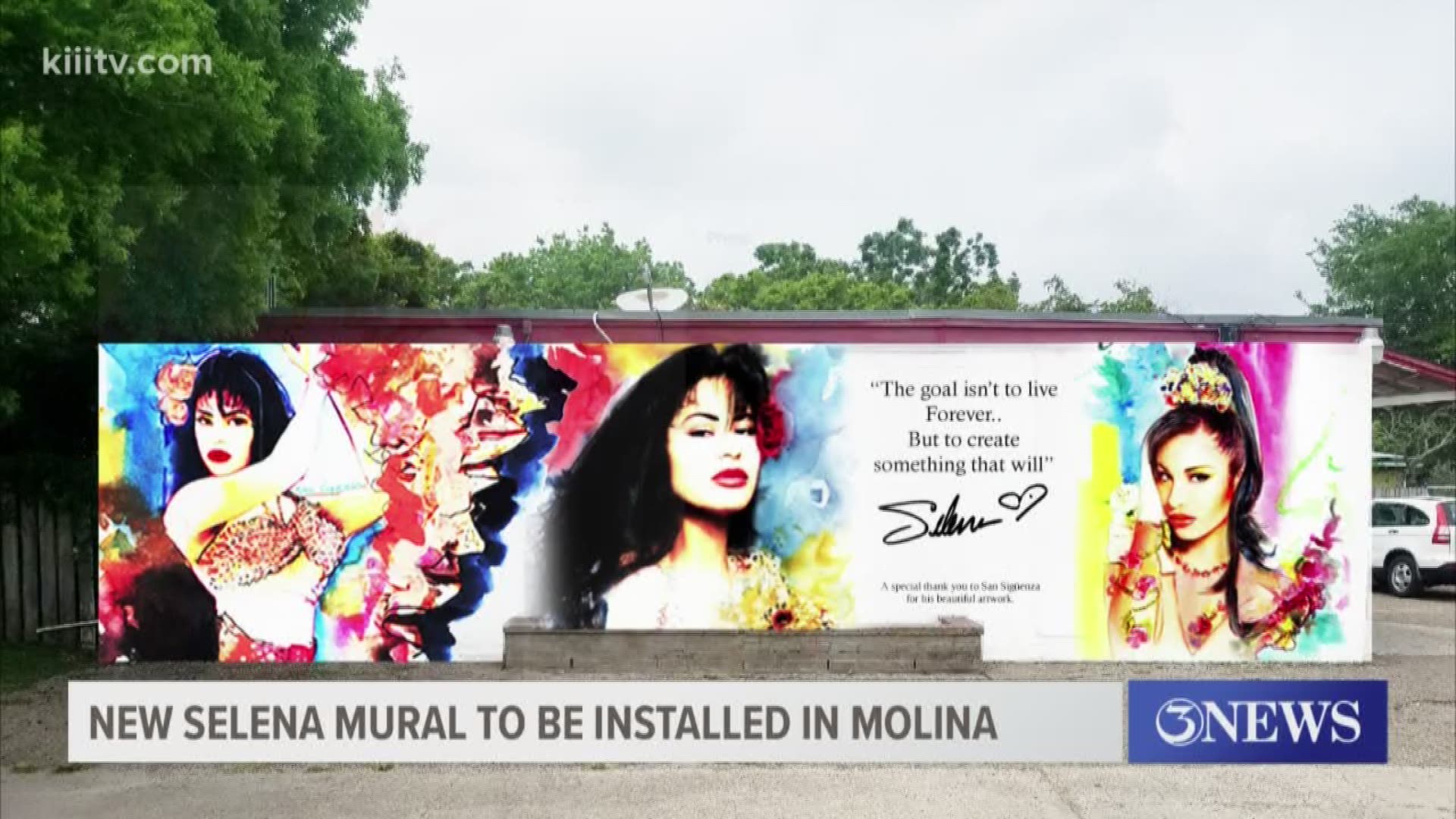 CORPUS CHRISTI, Texas — The historic Selena mural that has been on the side of the Molina neighborhood grocery story on the corner of Bloomington and Elvira Streets is about to be undergoing a major change.

“We are extremely excited to bring everyone together to help create this beautiful mural of Selena,” said the Quintanilla Family.

On Tuesday, work will begin for the installation of a brand new mural at that location. The project was organized by Eric Lee Tunchez and has been in the works for more than a year and is finally becoming a reality. Tunchez is from the neighborhood and says he thought the old mural needed a refresh. The Quintanilla family agreed with him and helped to complete the project.

“It’s been my passion for over a year now to have a Selena mural in the Molina neighborhood. I hope this mural will help influence all Latinos for generations to come,” said Tunchez.

The mural features three images of the Tejano Superstar with a message reading: "The goal isn't to live forever..But to create something that will."

The mural was painted by artist San Siguenza from New York and who's known for his water color prints. Siguenza has also designed some of the Selena Commemorative collectible cups that were sold at Stripes in the months leading up to "Fiesta De La Flor."

“Selena has always been a muse for my art. The music, her smile, the way she adored her fans and carried herself fills me with joy and inspiration. It is a legacy that continues to inspire so many of us. I hope that my art embodies all of that and helps her legacy be as vibrant as she was,” said Siguenza.

RELATED: 'Selena Rose' collectible cup to be sold at Stripes this weekend

Local sign group Iconic Signs will be installing the mural, there is no word on how long it will take to put up. The group is said to be using a technique specially designed for high quality aluminum composite panels.

"Iconic Sign Group is using a material called MAX-METAL for the mural application. We wanted an application that would help preserve the artwork for as long as possible. This process allows us to protect the beautiful graphics,” said Ray Hernandez, Partner of Iconic Sign Group.

The group says by using this technique, the mural is expected to last for many years to come. The group will begin the installation at 8:00 a.m. on Tuesday.