Neighbors rally to save Salado Creek 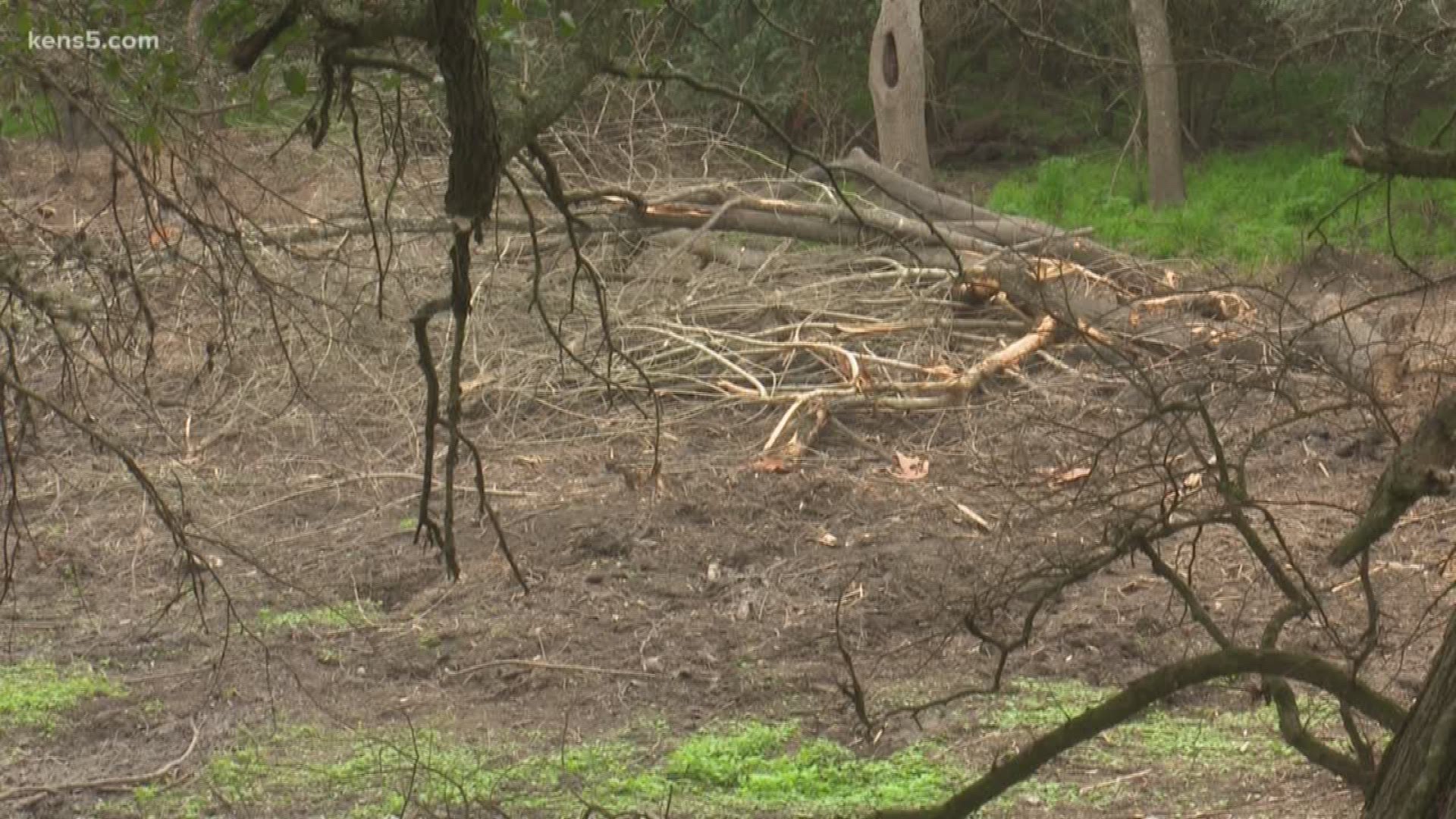 SAN ANTONIO — Angry neighbors demanded answers and the city admitted mistakes have been made during a meeting concerning a recent flood debris removal program on Salado Creek in an isolated section of Southside Lions Park.

Now both sides are saying they will work together to protect one of the city’s most valuable natural play places in southeast San Antonio.

“It was very hot,” Moorhouse said, explaining that she and others are passionate about preserving the sensitive parkland near their homes. “None of the wildlife has come back. The wildlife, the wild turkeys, birds of all kinds, turtles, red fox—everything. It just looks like nothing is around anymore and that's a crying shame because that is part of the park environment."

Former city arborist Debbie Reid attended the meeting as a representative of the Greater Edwards Aquifer Alliance, a nonprofit dedicated to protecting water quality in the region by protecting environmental features that work together to achieve that goal.

“This crowd was pretty upset with the way the riparian clearance had occurred," Reid said. "The contractor, the equipment and the procedure, were all issues that were being discussed."

Reid said protecting water quality is particularly important in Salado Creek because the waterway is already on a federal list of endangered streams.

“As it stands right now, the water in Salado Creek is being monitored and it does not meet federal water quality standards all the way from 410 North to 410 South. This just exacerbates it, especially with the sediment that is going to come off this site,” Reid said.

About two dozen creek-loving neighbors attended the event to express their concerns about the long-term impact of the project that left a large swath of the sensitive Salado Creek a muddy mess in the southeast quadrant of Southside Lions Park.

“We would prefer to not have to go back and fix what we've done, (but) to do it right the first go-round," Reid said.

Charles Bartlett, who has lived on the creek for 44 years, said he has worked diligently for decades to make sure the city developed treatment standards for work done in the streamside riparian zone.

“Many waterways have become parkland," he said. "Now we're spending millions of dollars to create a beautiful 65-mile long and more hike and bike system of trails, so we need to take care of these waterways even better than we've ever done in the past."

On Friday that important work got underway as a stormwater manager returned to the area for a tour and strategy session with homeowners.

Moorhouse said she and her neighbors would never give up advocating for the creek.

“We fought for proper guidelines," Bartlett said. "We’re going to make sure we get them.”

District 3 City Councilwoman Rebecca Viagran told the neighbors she would like to see the contractor face sanctions for the way the work was done.

Nefi Garza of TCI told the residents that mistakes were made on the project. He apologized for the way a private contractor worked in wet conditions and allowed a large piece of machinery to become mired in the mud. Garza said neighbors should have been notified about the work and he agreed to look into allegations that the private contractor trespassed onto private land without proper rights of entry to remove large trees.

Garza explained that, because September brought record rains, the area was choked with large fallen trees that were impeding the flow of flood water, and those fallen trees needed to be removed for safety’s sake.

Garza said maintaining the stream to allow for storm water to flow through the area efficiently is a critical job.

Garza told the neighbors the contractor will be back next week to finish the job, with a different, more sensitive approach. The neighbors said they will be on the job too, watching the work to make sure their concerns are addressed.

“The City of San Antonio’s Transportation & Capital Improvements (TCI) Assistant Director Nefi Garza met with residents in the Pecan Grove community Thursday evening, February 28th, to discuss the Natural Creek Maintenance program in the Salado Creek area. TCI will be working closely with residents throughout the maintenance project which is scheduled to begin March 6, 2019.”