For the past 30 years, the Paul Family has kept a connection to the Medical Center. That relationship has taken root with a new BBQ joint. 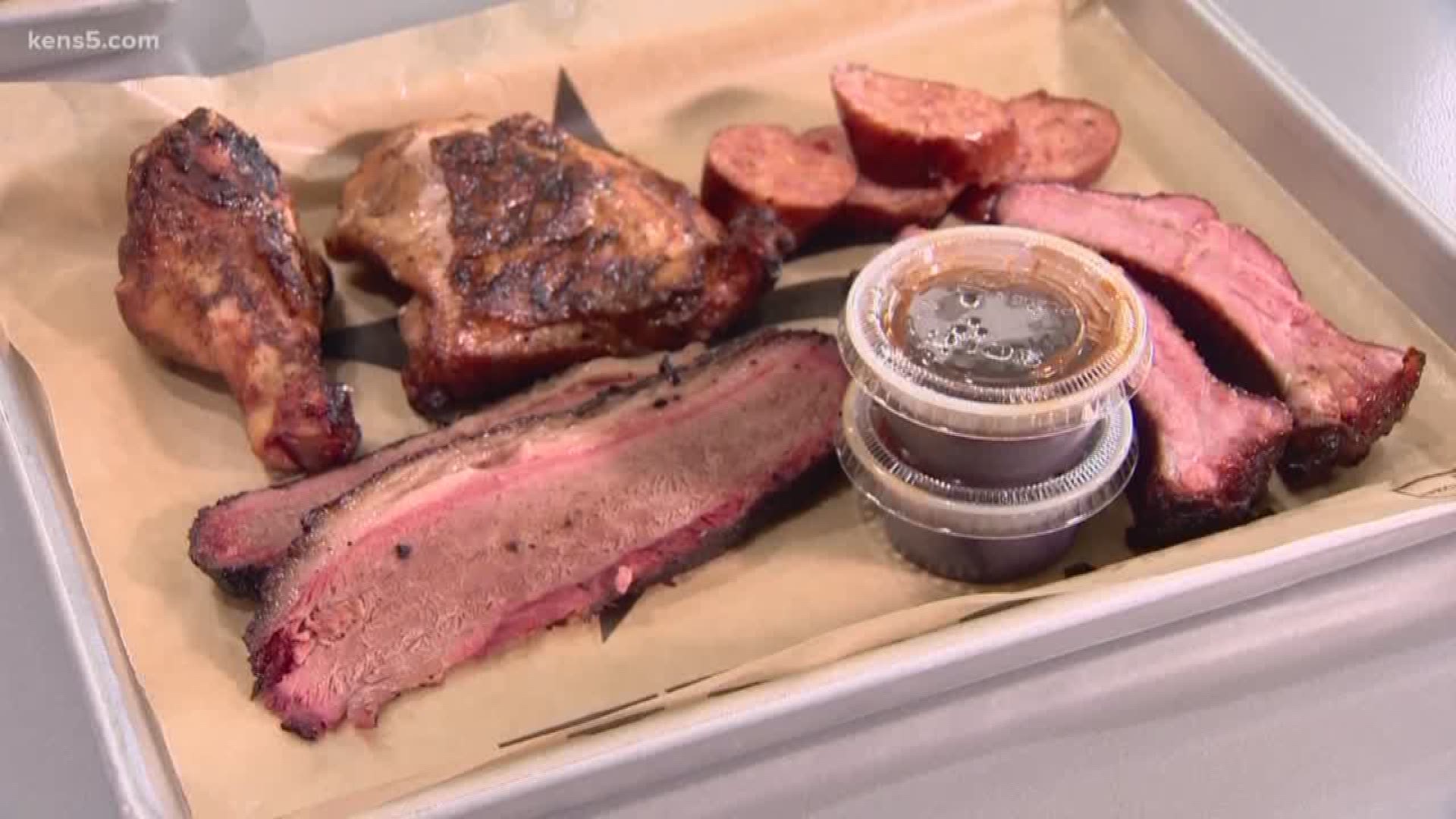 It took three years for the Brickyard BBQ to go from idea to fruition. Two sisters and brother decided to open their own place after their father had a health scare.

He was in a hospital in San Antonio Medical Center. That time gave them the chance to survey the landscape for a restaurant.

“We love to cook all different types of food,” Sheahan Paul said.

BBQ was the answer. The siblings said the Medical Center needed a BBQ place.

Sheahan, Shane, Sheron and Sherilyn opened the doors of Brickyard BBQ in February. The space has a rustic minimalist chic ambiance about it and, in a nod to their roots, they bought bricks from the Great Chicago fire of 1871.

The bricks, of course, give way to the eatery’s name: The Brickyard. The walls are fashioned from the reclaimed wood of churches and barns. The front door is even made from church pews.

Their location is prime for doctors, nurses, hospital staff, patients and their families.

“The proximity to the hospital gives us a great connection with people from all over the place,” Sheahan said.

They wanted to provide a comfortable spot for those who may be facing their best and worst day. In fact, they recall two brothers from Midland who came to the Brickyard for what may have been a man’s last supper. One of the brothers was in San Antonio for brain cancer surgery. He had food at the Brickyard and survived his procedure.

Shane shares the pit master duties at the business. Don’t let the Chicago fool you he’s been studying how the best in the country do it.

“Can’t be the best experimenting,” He said.

Neighborhood Eats was provided with a huge sampler.

The sides are pretty good especially the corn. Potato salad is nearly a sacred side in BBQ eating. Neighborhood Eats hopes the Brickyard dish designers make some modifications.

The baby back ribs are right on time. The brisket does its job too. Shane’s chicken is also tasty. As for the sausage, it’s good but had a spicy kick.

Brickyard BBQ has a signature sandwich called ‘The Brick.’ It’s a foot long filled with brisket, pork and sausage. The huge sandwich comes topped with lettuce, tomatoes, pickled onions and pickled cabbage. Both are spicy. This sandwich is more than a mouthful! It’s a chunk of goodness.

Overall: The Brickyard is a nice, clean and comfortable space. It’s a prime location for medical personnel, patients and families to duck out for a quick meal---or for a moment of separation from the hospital. The menu is simple. The food is good. This start up has real potential. They are a friendly group who will make you laugh and feel right at home. They sell by the plate and pound. Good BBQ isn’t cheap so don’t walk into the Brickyard looking for super discount meals.

Give Marvin your review of Brickyard BBQ. If you have a suggestion for Marvin send him an email (Mhurst@kens5.com), tweet (@Mhurstkens5) or post it on his Facebook page. #KENS5EATS