Nearly a decade ago, Sandy Phillips's daughter died in a Colorado shooting. Nine years later, another tragedy in the state was personal for more reasons than one. 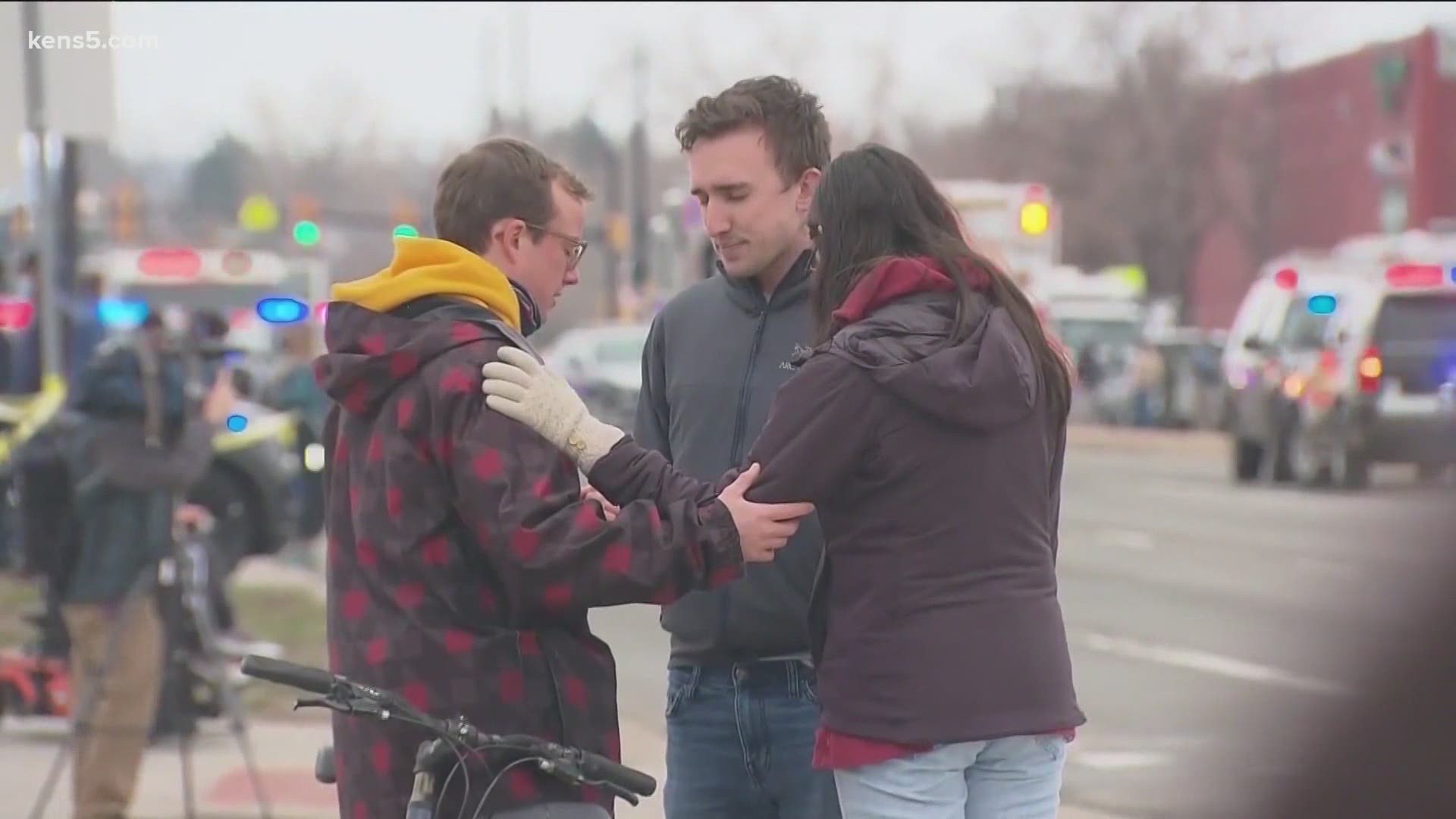 SAN ANTONIO — As details emerged about Monday's deadly Boulder supermarket shooting that left 10 dead, a San Antonio family with its own ties to gun violence quickly mobilized a team to respond.

Jessica Ghawi was killed in a 2012 mass shooting at an Aurora, Colorado movie theater. Since then, her parents have dedicated their lives to helping others who have survived or suffered similar loss while advocating for legislative gun reform.

"There are thousands of people that we have met now that have been affected by gun violence," said Ghawi's mother, Sandy Phillips. "And it's not a club that you want to be a part of."

Phillips and her husband found themselves suddenly part of that community defined by tragedy in 2012. Soon after, they got to work turning mourning into motivation for activism.

"We got involved right away. My husband and I formed Survivors Empowered to help other survivors of gun violence," she said.

Phillips said that group has responded to more than a dozen mass shootings across the nation in recent years.

When news came Monday of yet another tragedy sparked by the pull of a trigger, this time in a Boulder grocery store, their response was swift. They started writing, calling and gathering their group's resources to provide a response in Boulder.

But this incident became even more personal when Phillips discovered one of the 10 victims was the husband of Ghawi's journalism professor in Denver.

It became a full-circle moment for a mother in disbelief that, nearly a decade later, these tragedies are still unfolding. Her message to those tired of seeing the headlines: Get active.

"Get involved, vote," she said. "(The) most important thing you can do is vote and know who you are putting into office, all the way down to the school board."