Amid nationwide delays under the new Postmaster General, the USPS in San Antonio just kicked four machines each capable of sorting 35,000 letters per hour. 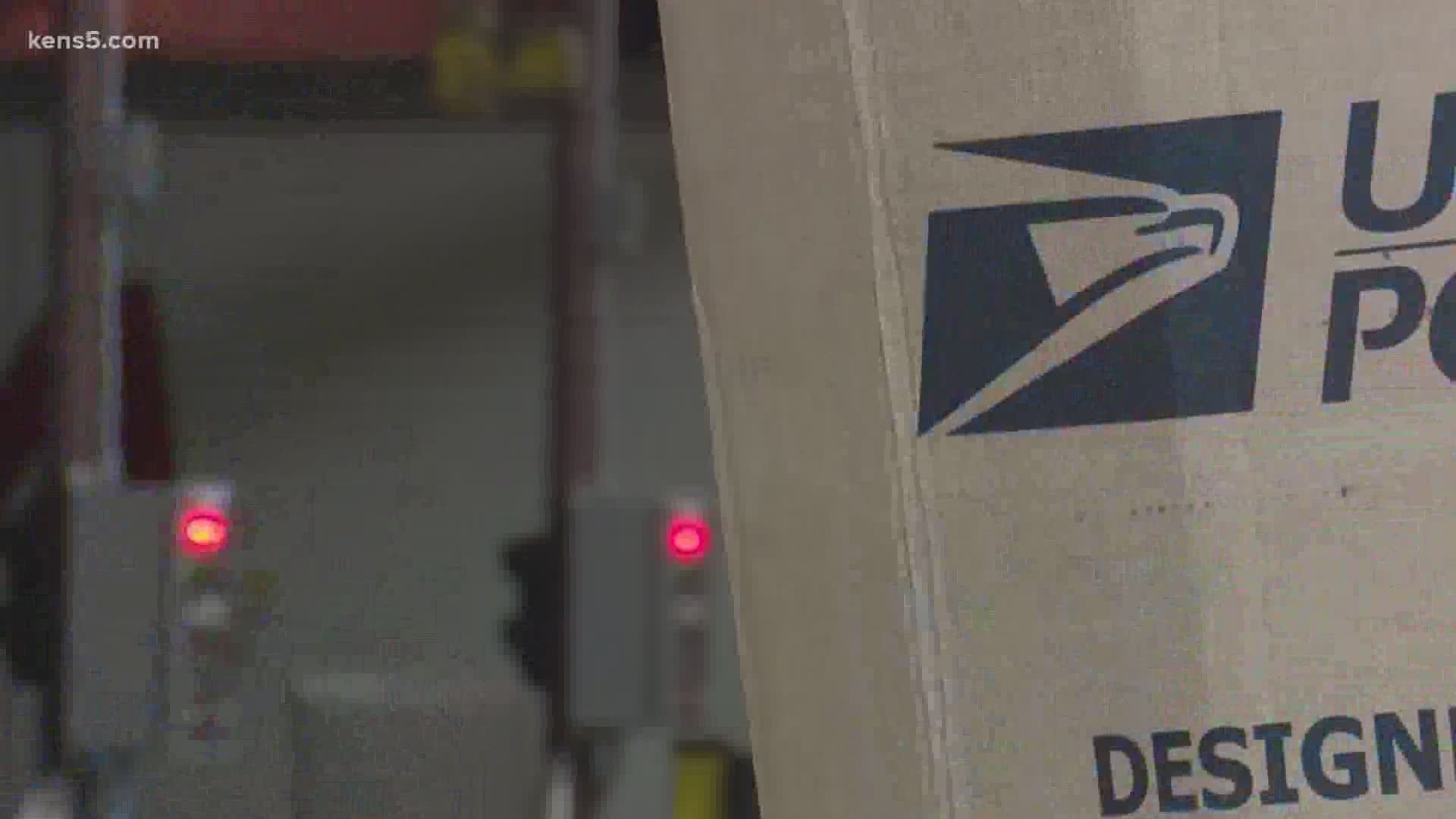 SAN ANTONIO — While the United States Postal Service is experiencing delays nationwide, the USPS in San Antonio just kicked a few of its letter sorting machines to the curb.

Chris Rincon is the president of the San Antonio Alamo Area Local #195, the local branch of the American Postal Workers Union. He said each of these machines is able to process 35,000 pieces of mail per hour.

"The Postal Service here in San Antonio has gotten rid of four of them," Rincon said. "They've thrown them in the trash, gotten rid of them, never to come back at all."

Documents obtained by CNN indicate 671 machines used to organize letters or other pieces of mail are slated for "reduction" in dozens of cities this year. The agency started removing machines in June, according to postal workers.

While the reductions come amid decreased mail volume this year and are described by some postal officials as making the service more cost-effective, the effort overlaps with other actions implemented by the Postal Service that workers have blamed for delivery delays. The new procedures were described in a July memo and include staff hours being cut.

But even with this loss of equipment ahead of the election, Rincon said the community shouldn't be concerned.

"Every day, the Postal Service sorts three to five billion pieces of mail. We do the stimulus checks, a lot of the disability checks for retirees," Rincon said. "We do this on a daily basis, processing the ballots is not a big deal for us."

Rincon is pointing the finger at the Post Master General and White House officials for making people think they can't handle vote-by-mail.

He said USPS employees are more than qualified and capable to take on mail-in voting, but upper-level management is telling them to delay the mail and leave it in place.

"The postal employees we have here are dedicated employees, all they want it a chance to do their job," Rincon said. "This has never happened before. In the Postal Service at any time, if you were delaying the mail, you could get fired for an offense. Now all of a sudden, you have a Post Master General who's saying it's okay to delay the mail. "

Rincon said mail is collecting dust at the Perrin Beitel location and others across town.

"It's there for weeks and weeks and weeks. It's just sitting there, not being processed," Rincon said. "We are a postal service. We're not in here to make a profit, we're here to serve the general public. That's what we need to do."

Rincon is asking people in the community and government leaders to support the HEROES Act. The HEROES Act gives $25 billion in assistance to the Postal Service, which is expected to run out of money by late September without congressional assistance.

To learn more about the Heroes Act, click here.