JBSA-Lackland went under lockdown after a report of shots fired, but an investigation has yet to determine if it could have been a false alarm. 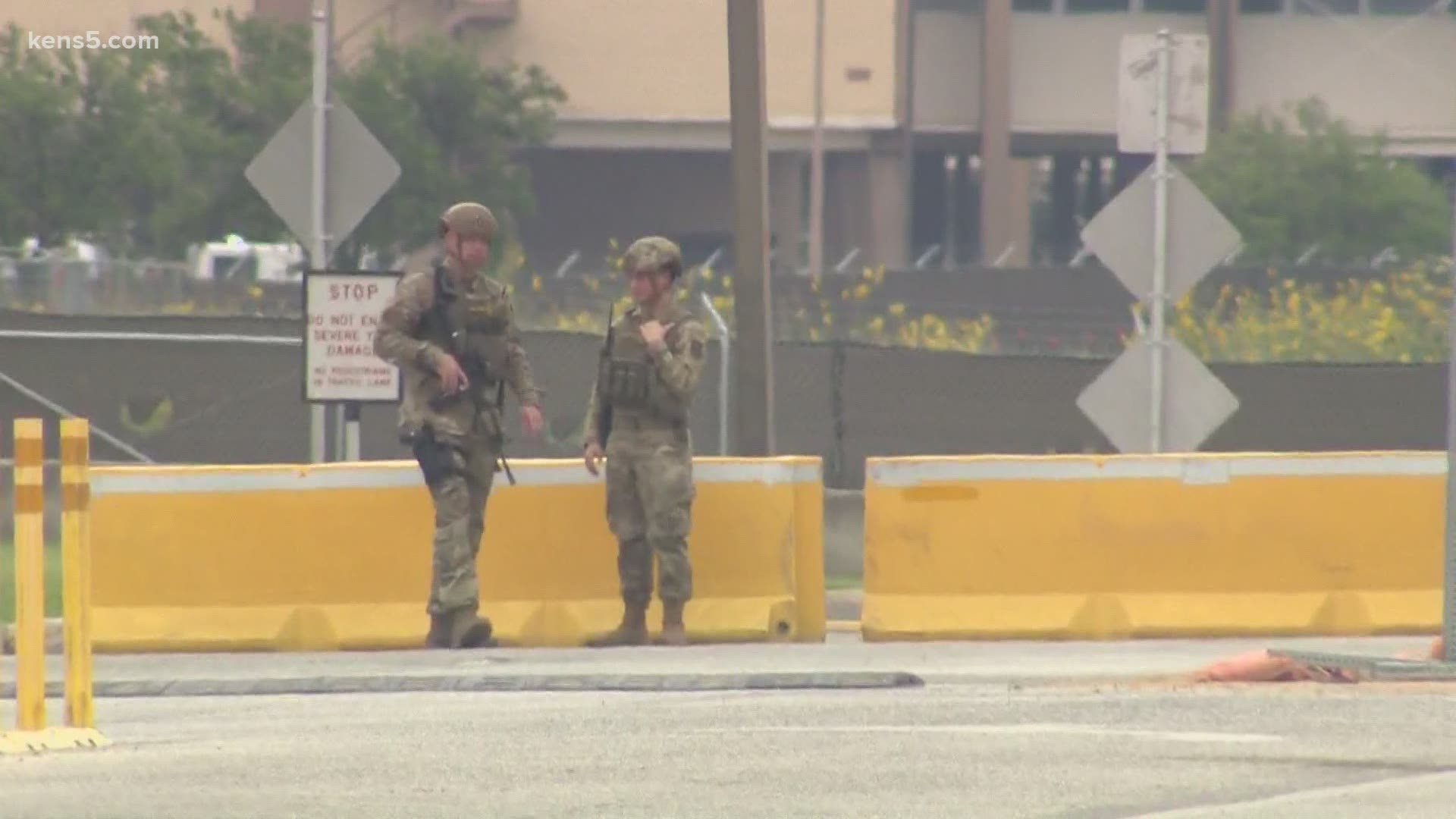 SAN ANTONIO — A shooting or false alarm? Military officials are investigating a report of shots fired at Joint Base San Antonio-Lackland.

On Wednesday, the Air Force base was on lockdown for several hours. Officials said a call came in stating shots were fired from outside the installation. However, they say there are no reports that anyone saw a shooter. They also said no one was hurt.

Senior Airman Kyle Lowe was on his way to Lackland when he was greeted by the lockdown and heavy traffic.

"At first I was like where is it, are people okay is it in a populated area," he said. "What exactly happened, did anyone die or get hurt."

Those were so many questions running through Lowe's mind. An alert was sent out that read: "Active Shooter Warning for all JBSA-Lackland personnel."

"Once everyone knew and found out about the lockdown, I was getting calls from everybody," he said.

Lowe said he immediately alerted his family and friends via text.

Official's report before lunch that a call came in of gunshots being fired from outside the installation. Lackland was on lockdown for several hours until the all-clear was given. Military officials are following up on leads about whether shots were fired, or if this was a false alarm. Lt. Col. Brian Loveless said the response was appropriate.

"I don't think there was an overreaction," he said. "I think any time we hear reports of gunshots fired on the installation. I mean, look, this is the center of basic military training. We take it very seriously."

"That's what we are trained to do in the Air Force and just the military in general," he said. "We have to prepare for anything."

At the end of the day, Lowe and officials are thankful no one was hurt.

"We are one family one fight," Lowe said. "No matter if you are in the military or not. We are all in this together."

As of Wednesday, the investigation is still ongoing.