Tina Casanova will run about 76 miles to reach the Capitol in Austin. It was about 76 days before Guillen’s remains were found. 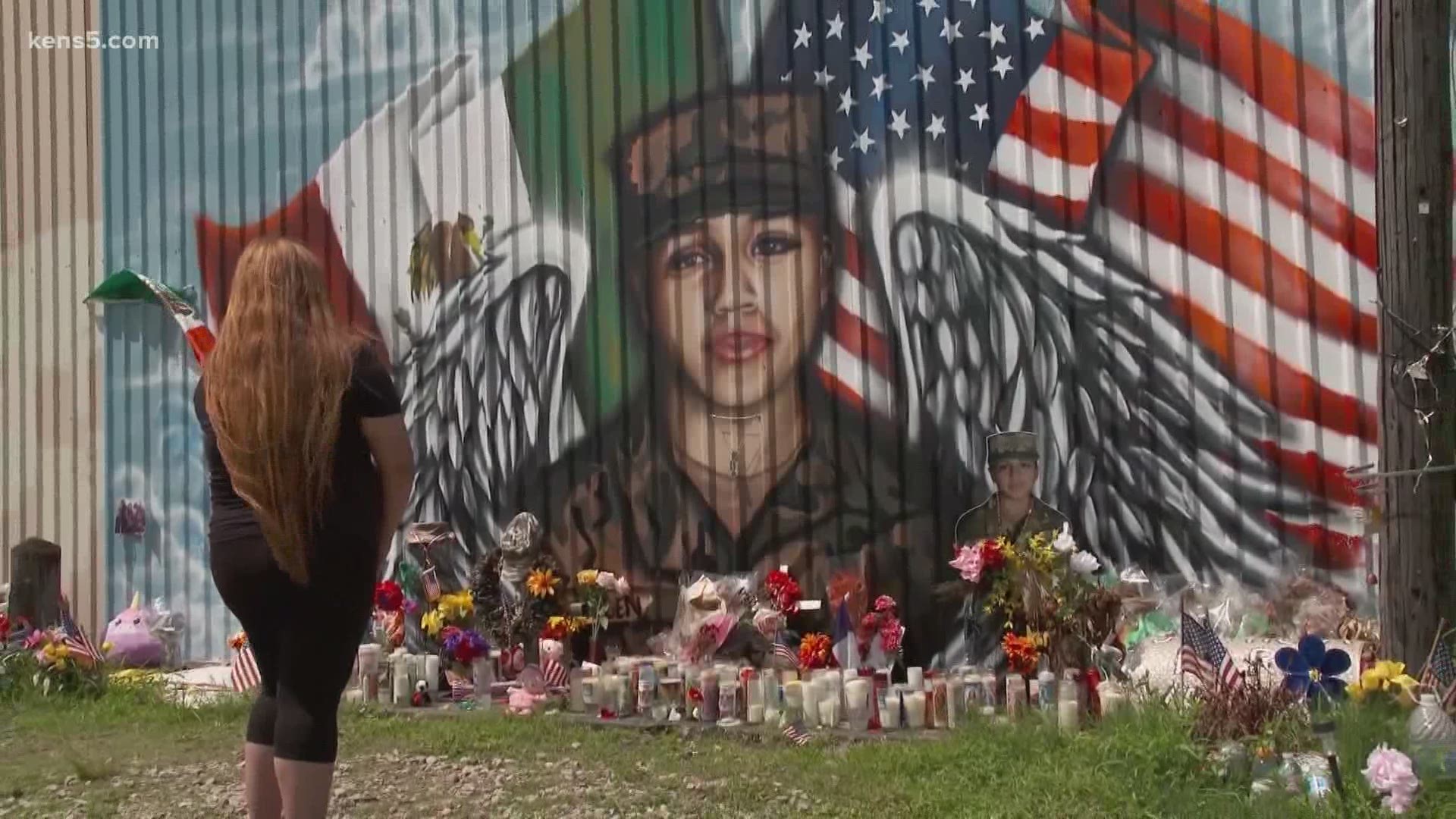 SAN ANTONIO — It’s been exactly one year since Army specialist Vanessa Guillen was last seen alive. On the anniversary of her disappearance, a local veteran is running from San Antonio to the Capitol to pay tribute. This mission has been months in the making.

Tina Casanova, a local Navy veteran, has been training for months to run from San Antonio to the Austin Capitol. KENS 5 first brought you the story of her mission to do the run in honor of the soldier. Casanova says she wants to raise awareness and encourage other service members to report their experiences.

Guillen was reported missing April 22 and her remains were found June 30. Before Guillen went missing, she told her family that she was sexually harassed on base. Authorities say a fellow soldier killed her. In a previous interview, Casanova shared how she was sexually assaulted during her time in the Navy.

Casanova shared how every part of her running plan was intentional. She was initially going to start at Fort Sam Houston but instead chose the Chicho Boys Fruit Market. A mural of Guillen is painted on the wall. Casanova says she chose to end her run at the Capitol because it's the place where laws can be passed to bring about change in the community.

She also shared that it will take 76 miles to reach the Capitol. It was about 76 days before Guillen’s remains were found. While she's received support from friends, family, even strangers, she's most inspired by the response from Guillen’s mother.

“I recently found out that her mom found out about the run event and thanked me. And really, all the thanks goes to them. I got all the support that I need,” said Casanova. “I’m ready. I’m more determined than ever.”

Casanova says she will finish her run around noon Saturday. Friends and family plan to run with her or drive alongside her.