US Army commander on border role: 'We are not there to militarize anything'

"We are not there to militarize anything," Lt. Gen. Buchanan said. "Border security is national security." 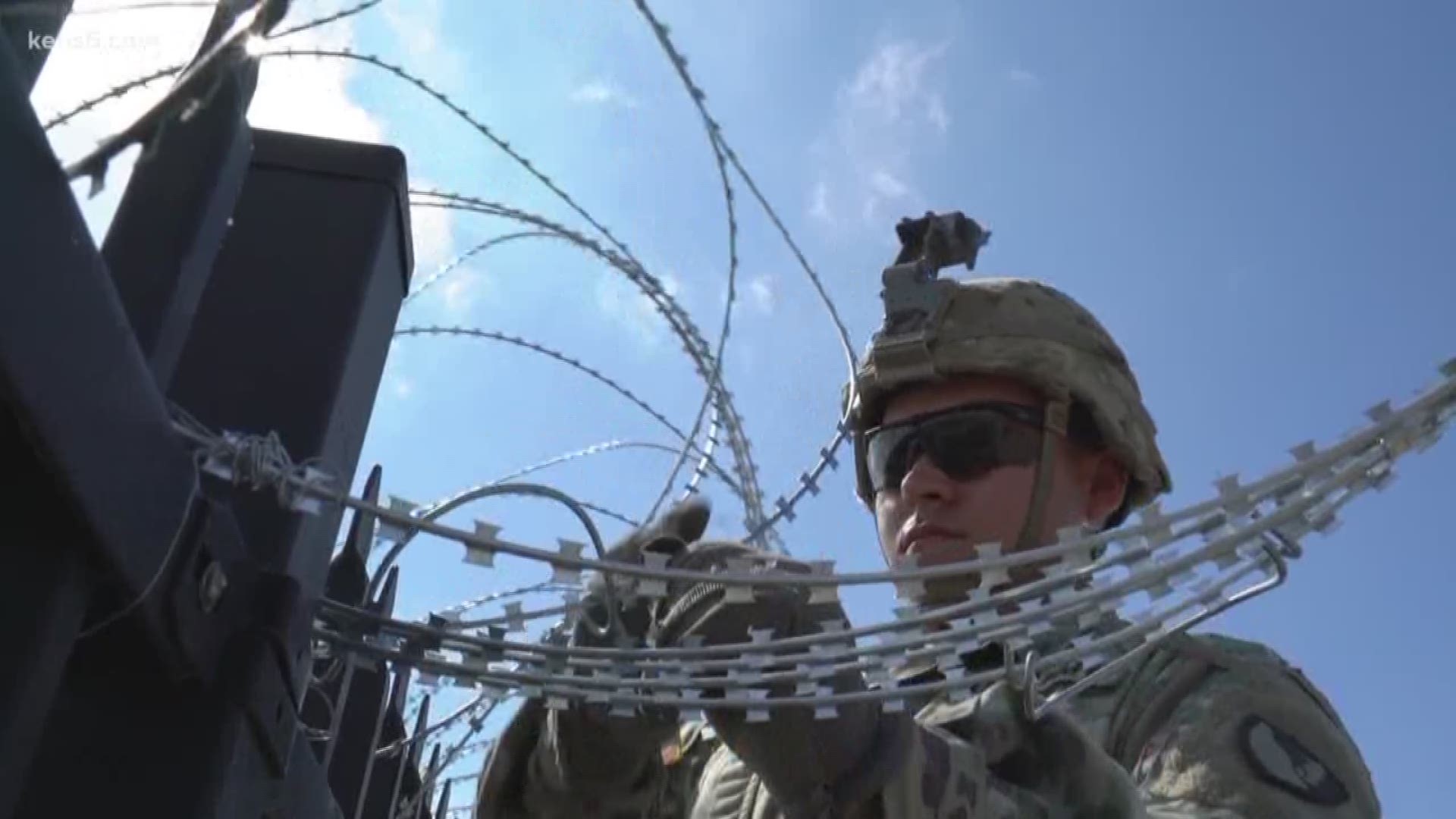 SAN ANTONIO — Seeing a group of military members setting up camp and going to work inside the United States along the southern border can be a lot for people to take in.

Buchanan is the man in charge of the military field operations in the region. He said that despite having 5,800 troops deployed along the border, looks can be a little deceiving.

"We are not there to militarize anything,” he said. “Border security is national security."

Buchanan said the military response is a "support of law enforcement mission." Military members are there to help U.S. Customs and Border Protection (CBP) in areas of need.

Helicopters are currently being used in California to quickly move CBP agents. In Texas, military engineers are erecting fencing and other barriers like concertina wire.

One of the biggest questions, however: What are the rules of force for the military at the border?

“In general terms, we always have what we call the inherent right of self-defense," Buchanan said. "We're authorized to defend ourselves and to protect ourselves. Which is really what our military police are doing all along the border in a security role to help protect us. Because we didn't want to pull away from local law enforcement to protect us. "

Buchanan pointed out that the U.S. Army did not send infantry battalions to the border. Instead, there is a military police presence focused on protecting the military members that are in the field.

“They're badged and trained on using the minimum amount of force necessary to control a situation,” Buchanan said. “They use what we call a graduated response. If they can control someone with verbal commands, that's where they stop."

As of now, he has not decided to shift any of the troops to California after the first migrants in the caravan arrived.

However, he points out, the plan can change.

And how does the Army commander respond to speculation that this military response is an election tactic?

“Secretary Mattis was asked, 'Is this a stunt?' He said, 'We don't do stunts,'" Buchanan said. "We don't. We have viable actual missions, and that's what we're doing."