The pandemic changed Memorial Day commemorations for those who sacrificed everything. But it did not shortchange the pursuit to honor them. 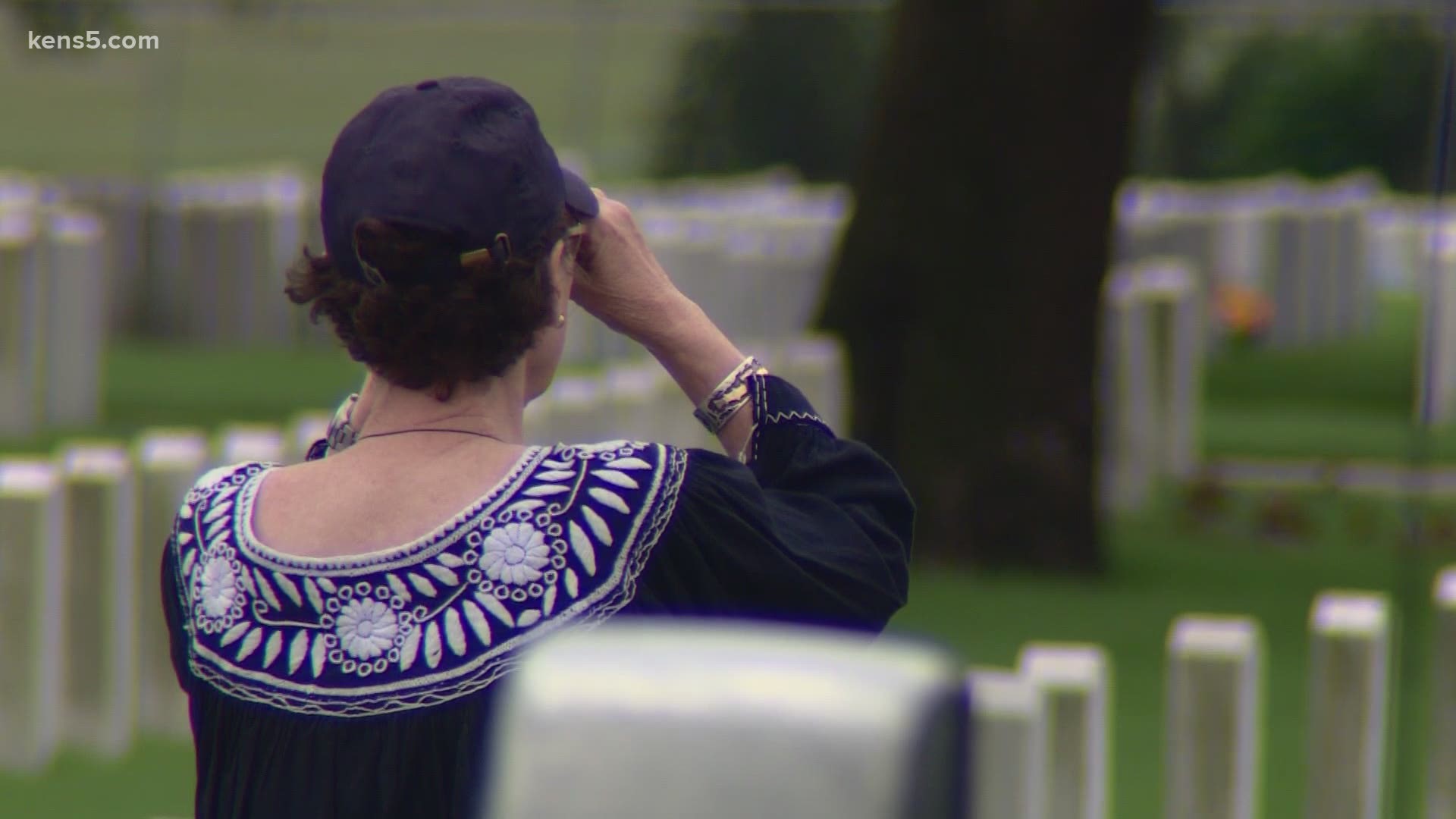 "I have my dad, my grandfather, and quite a few relatives buried here," Dunk said.

Also buried there is the best man from the wedding.

"We have what we have here today because of the sacrifices made by our military," he said.

Dunk joined the honorers looking for a place to park so they could honor the men and women killed while actively serving in the military.

The coronavirus pandemic has shifted traditional ceremonies for Memorial Day, much like it's shifted everything else. It's the first time a health threat altered the traditions since it was approved as a national holiday 52 years ago.

Last week, a solemn, socially distanced wreath-laying ceremony took place. But there were no large-scale programs on the docket for Memorial Day 2020.

"This particular Memorial Day is a little bit different," Joe Enzminger said. "Obviously, the country's gone through some pretty dramatic events at the moment."

Enzminger is the wing commander for the Commemorative Air Force Central Texas Wing. The organization acquires, maintains, flies and educates the public on historic combat aircraft flown by the United States military.

The threat of severe weather kept them grounded for a ceremonial flight over central Texas, San Antonio and New Braunfels.

By late afternoon, they were able to make the flyover, driven by the mission to honor. Their flight path took them over the cemetery at Fort Sam Houston, where honorers came to pay tribute to those who served until the very end.

Dunk was on the ground, and he noticed that the small flags usually sticking out of the ground near each headstone were absent. Another sign of the impact of COVID-19, he presumed.

But the pandemic did not stop the pursuit to honor the fallen.

"There's a phrase that all gave some, but some gave all," Dunk said.

RELATED: Memorial Day military flyover honors those who 'served and fought for our freedom'