A veteran who owns a gym and non-profit "Rise Above Hardship" has used fitness to help the San Antonio community. 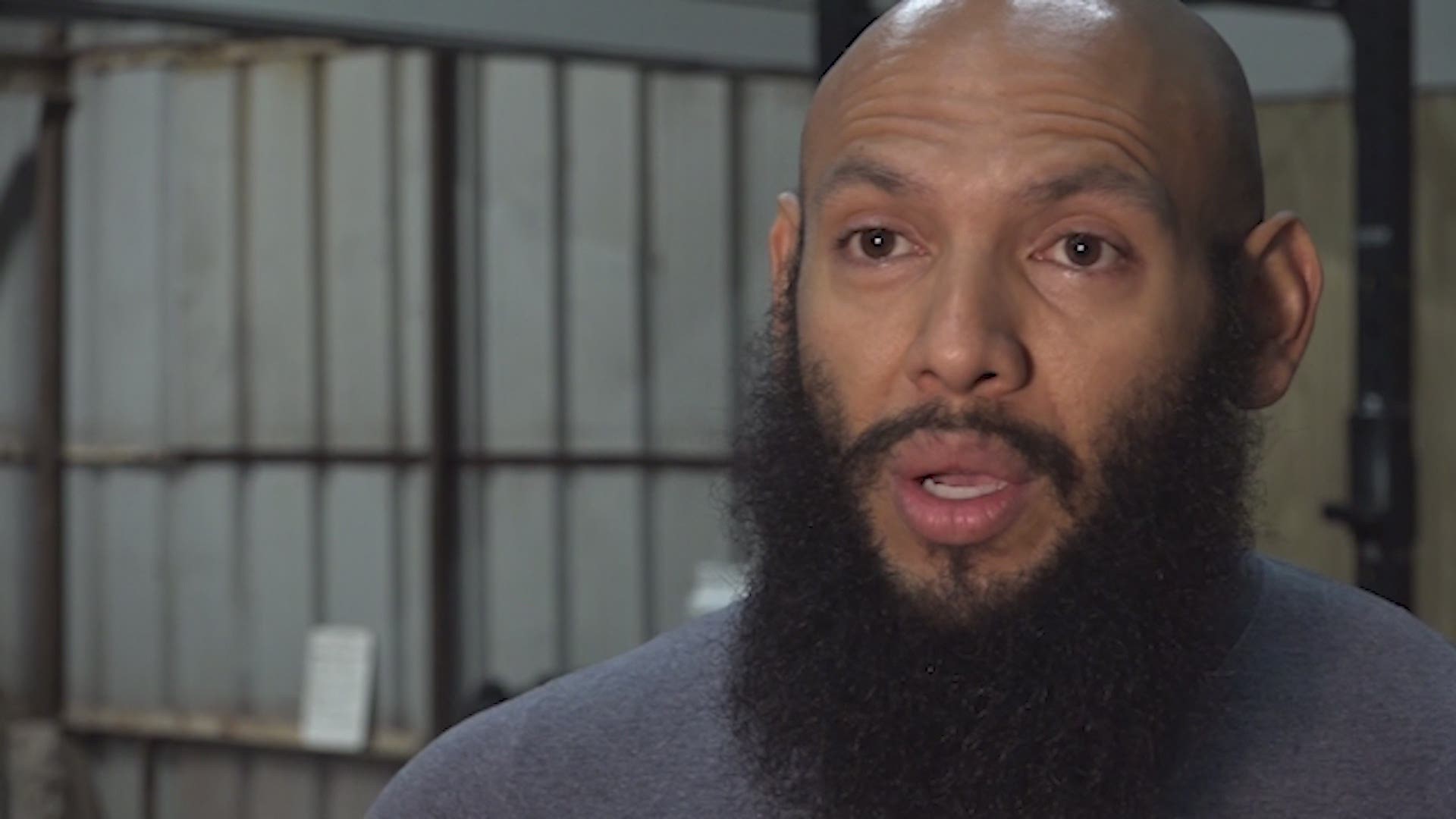 SAN ANTONIO — A veteran who owns a gym and non-profit "Rise Above Hardship," has used fitness to help the San Antonio community. He’s motivating veterans to help make a difference.

Retired U.S. Marine Staff Sgt. Jose Sanchez is the owner of a gym and non-profit organization called Rise Above Hardship.

He served for 10 years in the military. Sanchez shared why he wanted to serve the country.

He grew up on San Antonio’s west side and often, got into trouble. He said one day, a Marine stopped by his school and that moment changed his life. The service member was a symbol of respect and strength for Sanchez.

“Just walking with his uniform, you know what I mean? The blues on with the hat, the cover. I was like, wow! Man, it was very alluring to me,” said Sanchez. “I didn’t have that structure, that foundation, that discipline I needed to be successful and to get out of that neighborhood. I needed to do something and that was to join the Marine Corps.”

Sanchez joined the military as a senior in high school with one month left of school. He served in tours in both Iraq and Afghanistan.

Sanchez said in 2011, he was in Afghanistan and had two weeks left before he could return home. During a routine patrol, he stepped on an IED. The explosion resulted in the loss of his left leg and severe injury to his right leg. He underwent eight surgeries and intense physical therapy at Brooke Army Medical Center.

Sanchez said he got addicted to alcohol and drugs. He said amidst his addiction and pain, he realized the one aspect of his life that he could control was his body. Sanchez started running marathons and helping other veterans get into shape. He held small work-outs at public parks.

“Mentally, emotionally, I didn’t know how to control those feelings. But I knew how to control my body. I used that anger to push me physically,” said Sanchez. “Pick up some weights man. Get that aggression out. Once you’re done with that? You’ll be so tired, you won’t even be able to fight with yourself.”

He eventually, became the owner of a gym and turned "Rising Above Hardship" into a non-profit organization as well. For nearly two years, he’s partnered with other local groups to raise money for charities, feed families and help children whose parents can’t afford holiday gifts.

“Veterans can only go so far alone. With the community’s support, you know, we can go beyond our expectations,” said Sanchez.