K9s For Warriors takes in two shelter dogs, names them after KENS 5 crew

Holly and Cliff will stay in San Antonio for about a month before finishing their training and being paired with veterans. 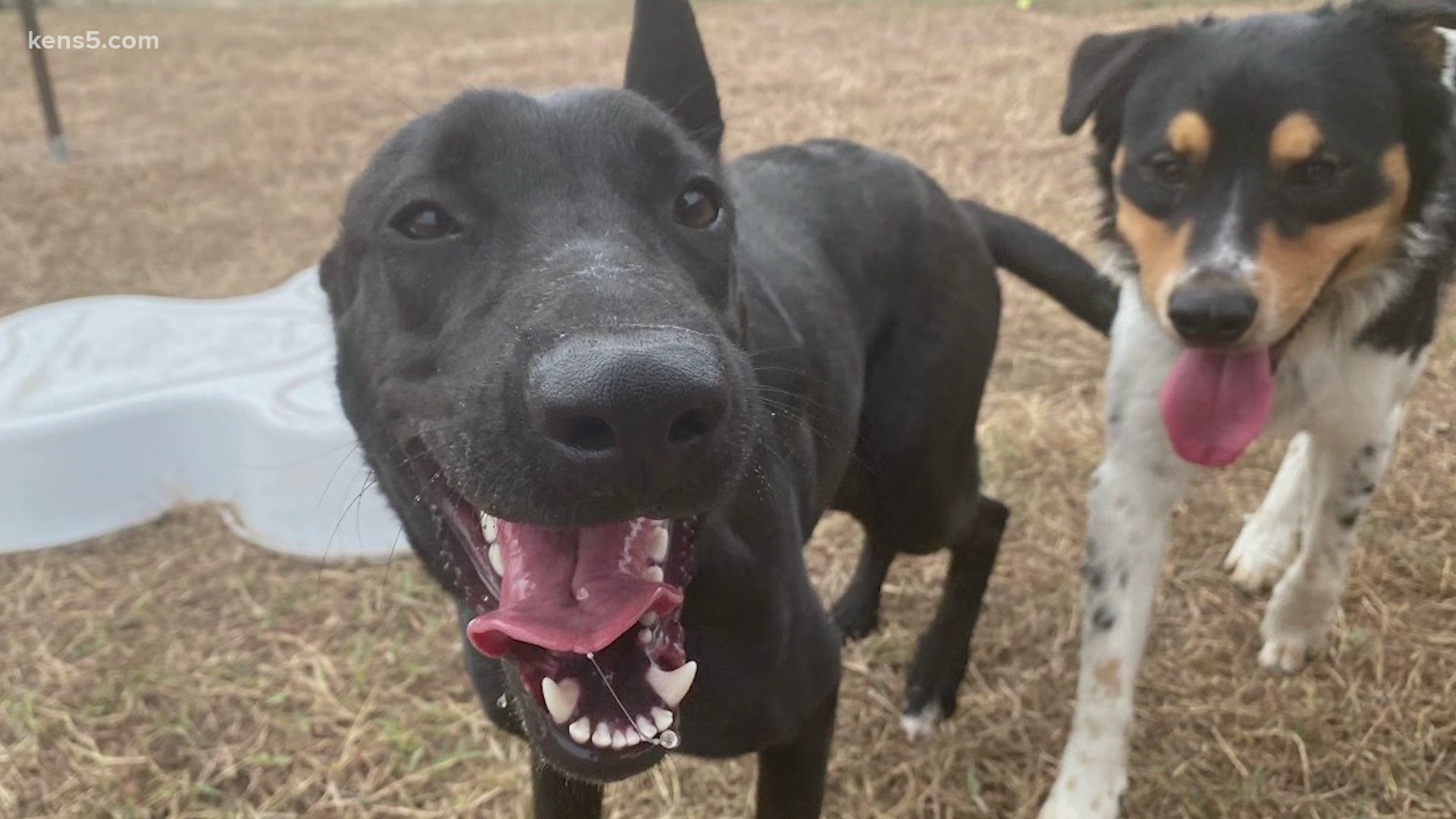 SAN ANTONIO — With your help, KENS 5 helped raise $13,650 for K9s For Warriors this week. The Florida-based organization is expanding to San Antonio and opening a facility adjacent to Animal Care Services.

Our reporter Holly Stouffer and photojournalist Cliff Goyang put together the stories that aired on Veterans Day for the K9s For Warriors Telethon.

On Friday, Holly and Cliff were at Animal Care Services shooting this story when they found themselves in it.

They asked the campus director, Lina Eklof, to show them around the kennels. She ended up finding two dogs that were the perfect fit for their program.

Texas State Director JC Clapsaddle said this was a lucky find. He said they can walk the kennels 20 times without finding the right dog.

"It is miraculous to find not just one, but two such dogs in one pass," JC said.

The little girl is camera shy, but she loves to play and be hugged. The boy dog loves the camera as much as he loves belly rubs.

The duo will stay in San Antonio for about a month. Then, they'll be transferred to Florida to continue their training. In four to six months, each dog will be paired with a Warrior.

JC said they wouldn't have rescued these dogs if it weren't for Holly and Cliff being there that day.

K9s For Warriors takes naming dogs seriously. They often name them after people who had a hand in their rescue. K9s For Warriors has chosen to name the dogs after Holly and Cliff.

JC said in the next six months, they'll have an 8,000 sq. ft. facility in San Antonio that will hold 30 kennels. It will sit on three acres of land adjacent to the animal shelter and serve as the organization's hub in the southwestern United States. JC hopes this new facility will help them cut down on their waitlist that's four years long.